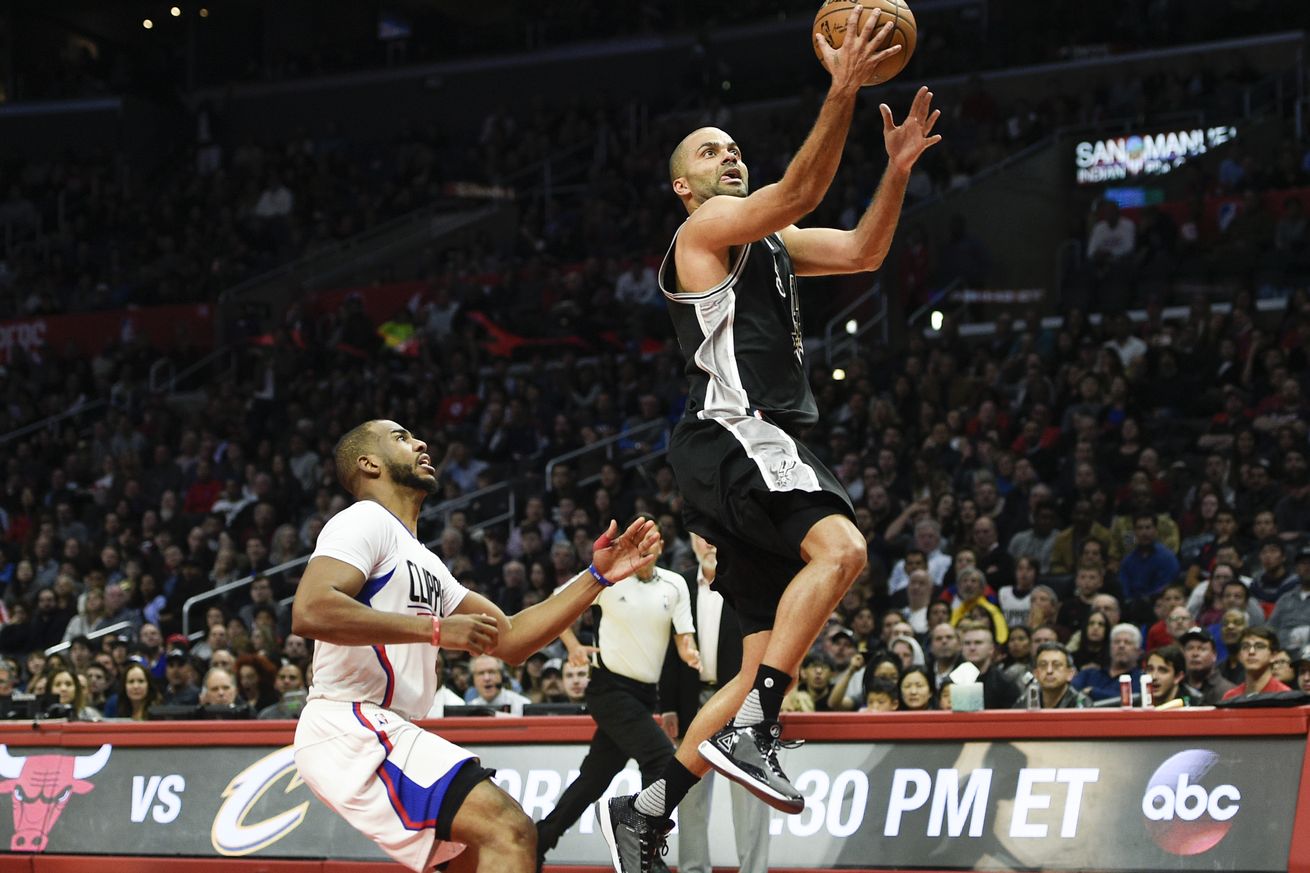 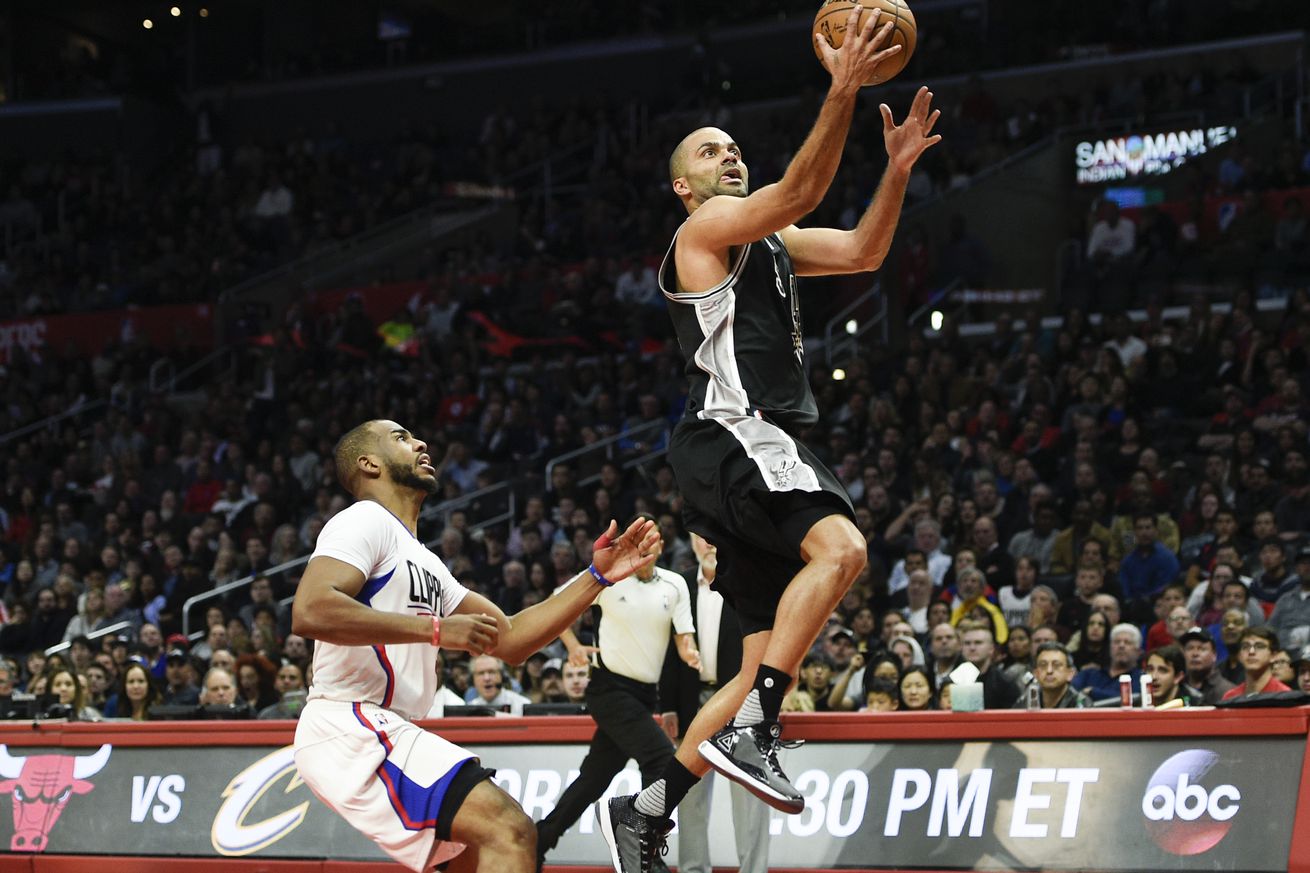 Clearly Kawhi Leonard was the problem all along

Man, I’d have lost some money if I had the courage of my convictions to bet on this one.

I don’t think I’m the only Spurs fan here who is terrified of the Clippers. To me, they’re San Antonio’s boogeyman, almost to the degree the Warriors are to L.A. Everything about them sets off candy apple red warning claxons flashing inside my brain, accompanied by a screechy, obnoxious horn that sounds eerily similar to Doc Rivers whining to the referees.

I’ve said this a thousand times and I’ll say it again: No player in the NBA is as ruinous to the Spurs as Chris Paul. Not LeBron James, not Russell Westbrook, not James Harden and certainly not anyone on Golden State. The Spurs stick a top-notch defender like Kawhi Leonard or Danny Green on Paul? He simply gets a screen up top to force a switch with a big and then lobs death from above via DeAndre Jordan. Or he simply launches one open 17-footer after another against big-men too nervous to hedge all the way out on him. On the rare occasion the bigs do come out, Paul scoots around them to get to the rim or to kick it out to open shooters. He toys with Popovich’s defenses like Messi against some woeful Swiss League outfit in the opening round of Champions League. Playing his first game in five weeks after tearing ligaments in his thumb, all CP3 did against the top-rated defense in the league was score 17 points and add five assists in 32 minutes despite looking a bit out of shape. By the time the playoffs roll around, he’ll be a greyhound again, and playing 38-40 minutes.

The sick thing is that as disastrous as Paul is to the Spurs, Blake Griffin isn’t too far behind. He’s just too quick, too strong and too explosive for any of San Antonio’s bigs to handle. You say it’s simple, just lay off him and give him open jumpers, only he’s too good of a passer to allow time and space. Griffin was a non-factor in the first half on Friday, with just six points on eight shots and you thought to yourself, “Eh, maybe the Spurs’ length is giving him trouble.”

And then he had 23 points (helped by 11-of-11 shooting from the charity stripe) and four assists in the second half because of course he did.

As if the troika of Paul, Griffin and Jordan weren’t enough, the Clippers also offer J.J. Redick, who’s as good as anyone in the league at losing defenders through a myriad of screens (thus negating the quickness and length of people like Leonard and Green). Redick hit his two toughest looks against the Spurs on Friday and missed five wide open ones. On any other night, they’d have been toast.

Meanwhile, off the bench Jamal Crawford remains a woeful defender and one of the most overrated players in NBA history, but he does usually cause the Spurs headaches. And now, Austin Rivers is a decent player all of a sudden, shooting 40 percent from outside and blowing by everybody off the dribble. So that’s like a half dozen guys on the squad the Spurs can’t really guard at all.

546 words of preamble on the greatness of the Clippers and oh-by-the-way the Spurs beat them on the road after not having played in nine days. So let’s talk about that for a bit.

A lot of things were working against the visitors in this one, besides the aforementioned stuff. Yeah, they were the fresher team, but also the rustier one, since the Clips at least got the benefit of having run up and down the floor while getting their heads caved in by the Dubs on Thursday. The Spurs looked, in the words of Gregg Popovich, like a “grade school” offense in the first quarter at L.A., with eight turnovers and 35.3 percent shooting from the floor. Remarkably not one of those turnovers was cashed in by the Clippers into points, when much of their “Lob City” reputation was built on wreaking havoc in transition. Popovich seemed almost dumbstruck by the anomaly, and was thoroughly pleasant with J.A. Adande in the sideline interview between quarters. Somehow they led 18-13 after one, with the Clips shooting 6-of-22.

The offenses stabilized in the second quarter. While once upon a time the Spurs could count on their second string to open up a gap against what was, for many seasons, a crummy Clippers bench, that’s no longer the case. Rivers scored 13 during a 16-2 run to build a 32-27 lead only for the Spurs to answer back with a 14-2 burst of their own behind Tony Parker, LaMarcus Aldridge and Pau Gasol, who like Paul returned to action from a broken finger after five weeks off. Leonard, not really known for his playmaking, had five assists in the quarter despite forcing up a few ugly shots.

Disaster struck, as it usually does for the Spurs, in the third quarter, with Leonard picking up three quick fouls in 4:47. We’ll probably never know if it was just an experiment in trust or a brain-fart by Pop, but it’s rare to see any Spur much less their superstar with five fouls midway through the third period. The Clippers took the lead once more with a 16-4 run and then a 6-0 one shortly after Leonard sat, and all of a sudden the Spurs were down 66-57 and on the verge of getting run out of the building, like they have so many times before to these guys.

And then something odd happened, not in context of this season, but more so this match-up. The Spurs simply refused to fold, despite having all the excuses in the world to. They closed the quarter with an 18-5 run with Manu Ginobili and Patty Mills scoring six points apiece, and each getting an “and-1” along the way. The Spurs kept it going to open the fourth, too, stretching their lead to 10 after Parker stripped Paul in the open floor and raced for a breakaway lay-in.

The Spurs kept L.A. at arms’ length from there, never letting them get closer than six points, never allowing a run, never giving up anything easy. Both sides struggled from range, but the Spurs enjoyed a rare free-throw advantage and killed the Clips on the boards, where they’re vulnerable. Jordan’s a terrific rebounder, obviously, but he often gets himself out of position chasing blocks. Griffin tries hard, but has t-rex arms. None of their perimeter people want to get their noses dirty on the glass. The Spurs were the tougher team physically and mentally, and it was the difference.

There were many heroes in this one. Gasol sank three bombs and contributed far more after his layoff than we could’ve hoped for, with 17 and 11 off the bench. I’m curious if that was a one-off deal while he gets his stamina back or if it’s something Popovich will keep doing with Dewayne Dedmon working well as a defensive anchor with the starters. Ginobili, meanwhile, looked recharged and had his best game of the RRT since the opener at Memphis. He dissected the Clippers apart with his passes but the Spurs missed a few open ones. Parker was solid in his match-up with Paul, which we’ll take every time. Leonard “only” had 21 and 6 dimes.

Did this game change my mind about wanting to avoid the Clippers in the playoffs? Well, no. But the Spurs did impress me with their resiliency and they showed that they’re more than one trick ponies, playing as well as they did against a quality opponent with their star waylaid by foul trouble. Considering that the schedule will be fairly home-heavy the rest of the way and everybody is healthy –knock on wood—who knows, we might be in store for an old-school “Spurs peak after the All-Star break” kind of campaign here.

There’s one more leg to go on the RRT, and it looks deceptively easy, as the Spurs will take on the coldest team in the conference and won’t even have to travel. However, beware a Sunday afternoon tilt in L.A. It’s a trap. Countless teams throughout history have fallen victim to the nightlife in LA-LA land and gone on to pay for it the next day. Can Pop get them to stave off temptation with a team dinner? We’ll probably know the answer by the second quarter.

At least they’re already in town. The Lakers spent their Friday getting crushed in Oklahoma City. You’ve probably heard by now that they’ve hired Magic Johnson to be their new team president, so there’s more good news for Spurs fans in case you were worried that they’d be relevant at some point in the next five years. San Antonio have already beaten these guys twice, first in L.A. on Nov. 18, with the box score reading like something out of a computer simulation, and then again on Jan. 12 at home in a 40-point blowout where Leonard scored 31 and Gasol added 22 on a perfect 9-of-9 from the floor.