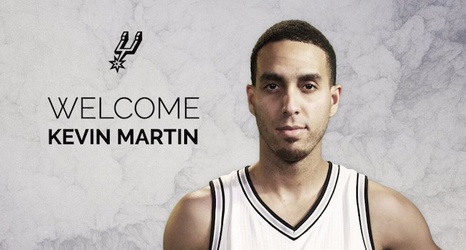 When Andre Miller left Minnesota for San Antonio last week, one of the first Timberwolves to offer congratulations was Kevin Martin.

Martin also told Miller something else.

“I said, ‘Hope to see you later,’” Martin recounted.

His wish having been granted, Martin stood beaming inside the Spurs practice facility Thursday after his first shootaround with the team.

Later, he made his Spurs debut against Chicago at the AT&T Center, wearing No. 23. He recorded a point and a steal in eight minutes.