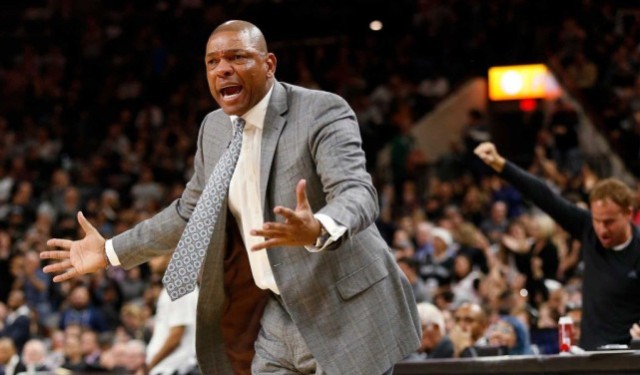 As Stephen Curry continues to set nets ablaze across the NBA, most observers seem willing to concede this season’s MVP race to the Golden State sharpshooter. L.A. Clippers coach Doc Rivers isn’t one of them.
Rivers would add at least one more name to the list: Spurs small forward Kawhi Leonard. “What he’s shooting from 3 is absolutely remarkable,” Rivers said, noting Leonard’s league-leading 3-point percentage. “You can make the case that him and Curry are the two most improved players in the league. They are All-Stars and MVP candidates, and that’s saying a lot.” Heading into Friday’s game, in a rematch of last year’s first-round series L.A. won in seven games, Leonard was averaging 21 points, 7.4 rebounds and 2.7 assists, career highs in all categories. Spurs coach Gregg Popovich explained Leonard’s rise in one word. Leonard, 24, already owns a NBA Finals MVP trophy and is the reigning league Defensive Player of the Year………Read More