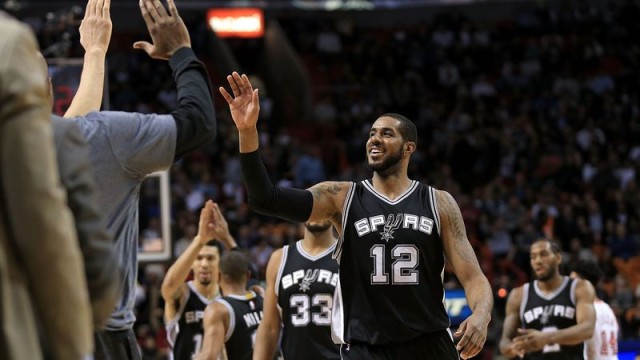 TORONTO – Vindication might be too strong a word, but San Antonio Spurs forward LaMarcus Aldridge appreciated his fifth All-Star appearance.

“It means a lot because honestly I didn’t know if I’d get in without the same numbers,” he said.

Aldridge left the Portland Trail Blazers in the offseason and signed a four-year, $84 million contract with the Spurs. This is the sacrifice he made: a drop in his scoring and rebounding averages in exchange for a chance to win a championship.

“It’s about winning,” he said. “We’ve been winning and we’re putting ourselves in a position to be special. That’s what it’s about.”

In his final two seasons with Portland, Aldridge averaged at least 23 points and 10 rebounds, but he is no longer a double-double guy and no longer a regular 20-point scorer. Aldridge still produces and coaches recognized that, voting him in as an All-Star reserve……Read More