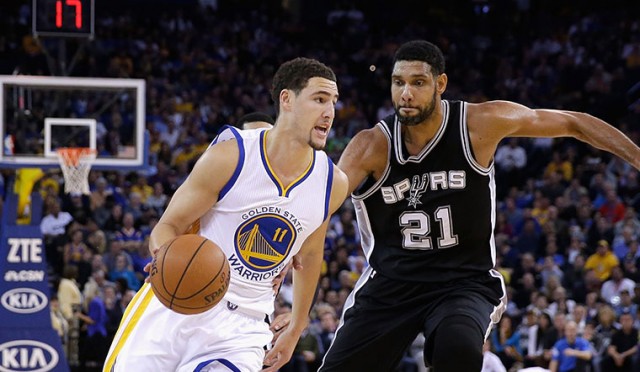 The Spurs aren’t the only team that knows how to put together a winning streak in San Antonio.

The Los Angeles Clippers did it last spring in the playoffs, and they get the first crack this week at ending the Spurs’ 41-game regular-season run at home. If San Antonio wins that one, Golden Statemight get a shot later this week at trying to end the third-longest home winning streak in NBA history.

The Warriors arrive for a nationally televised Super Saturday matchup in prime time, but even the NBA champions know little about winning in San Antonio. They have lost 32 straight regular-season games there and have never beaten Tim Duncan in the regular season, as their most recent victory, on Feb. 14, 1997, was a few months before he was drafted with the No. 1 pick.

San Antonio could tie Chicago for the second-longest streak in NBA history by sweeping the Clippers on Tuesday, Portland on Thursday and Golden State on Saturday. The Spurs beat the Clippers at home earlier this season, but the Clippers got them twice when it really mattered in ending the Spurs’ title defense……….Read More

Tua talked with Flores, confident in status as QB