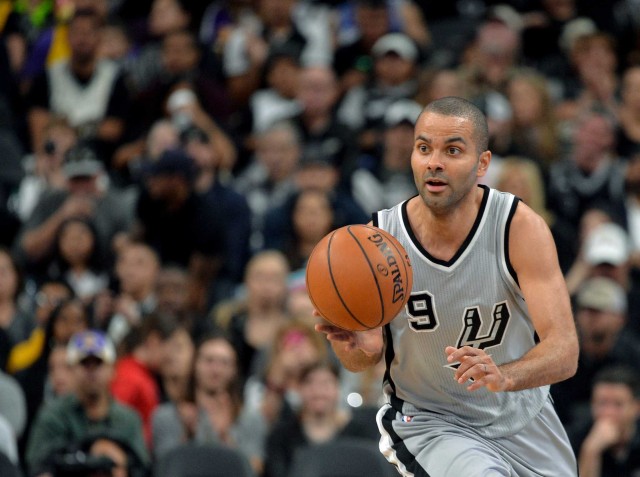 […] one year after the Spurs recorded their first losing rodeo road trip since the annual exodus from the AT&T Center began in 2003, few players recall the gritty details, including a players-only meeting forced by coach Gregg Popovich. Perhaps one of the reasons memories are fuzzy is the Spurs (43-8) are focused primarily these days on a new set of challenges as they prepare to begin an eight-game trek that will cover more than 6,000 miles beginning with Tuesday’s game against the Heat at Miami and ending Feb. 27 at Houston. For starters, they’ll hit the road after a franchise-record 28-0 start at home without the services of at least one and possibly two members of their famed Big Three of Tim Duncan, Manu Ginobili and Tony Parker. The Spurs on Monday listed Tim Duncan (sore right knee) as questionable for tonight’s game. Rounding out the injury report is Matt Bonner, who will miss his second straight game with a left calf strain. […] even if that’s the case, the Spurs, who have won four games in a row, are 12-2 with David West in the starting lineup. […] West believes the bench will be just fine without Ginobili, who took to social media Monday to express his displeasure with having to stay behind with a tweet accompanied by a persevering face emoji that read, “How long will be this February!” In addition to it being a staging ground for the playoffs, the rodeo trip also serves as a laboratory for young players such as Simmons to learn what it takes to be a professional night in and night out while operating in hostile environments……Read More