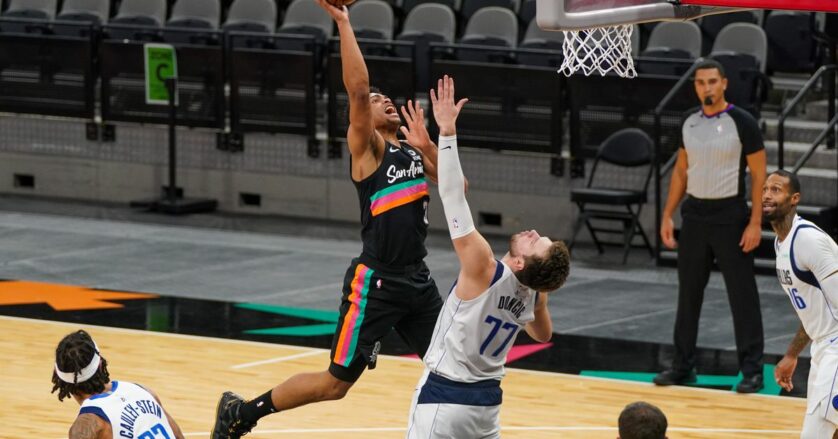 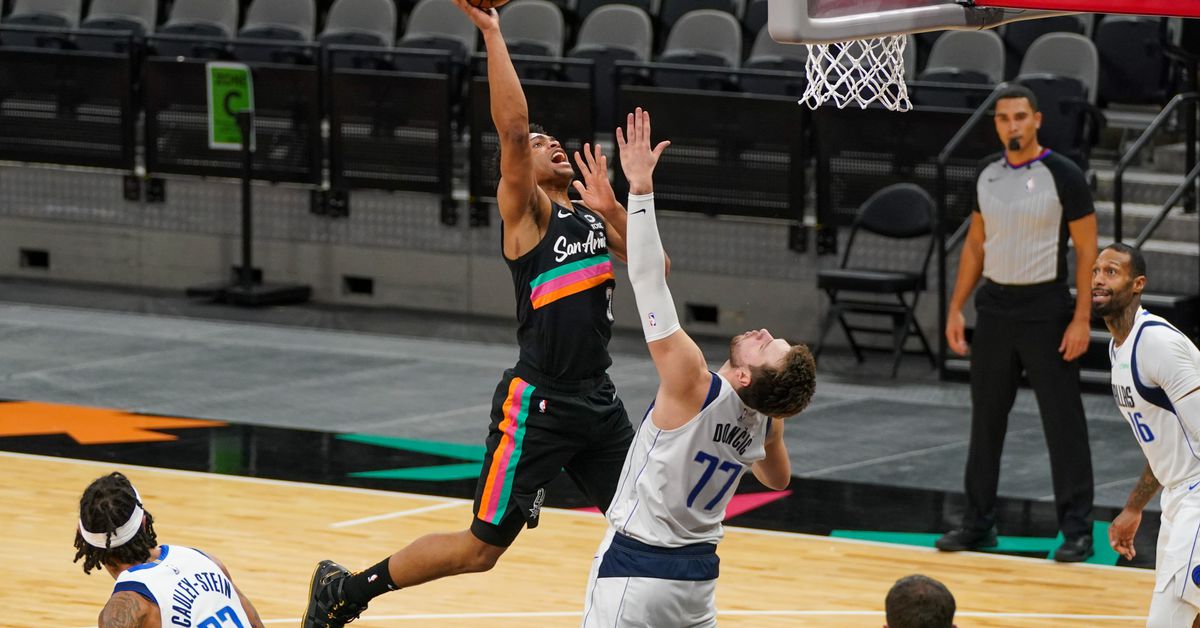 This game ended up being way more exciting than it looked like it would be in the first half. Luka Doncic had like 16 points in the first quarter with something like 5 rebounds and 5 assists, but the Spurs were still only down 3 after 1. When the Mavericks started pulling away in the second half my “oh no” radar started going off. This looked like it could be a repeat of the Warrior game where the other team had an insurmountable star that the Spurs just couldn’t deal with. Slowly but surely San Antonio clawed their way back to at least give themselves a chance, but ultimately fell short 122-117. This was a lot more fun than I thought it would be.

It wasn’t without worry though. About a minute into the game Dejounte Murray stepped on Kristaps Porzingis’s foot and rolled his ankle. It was reported as a sprain, but that could mean a lot of things so we’ll just have to wait and see how much time he’ll miss. Patty Mills came in and ended up playing 37 minutes. I kind of wish they would have put in Devin Vassell instead.

Not that Patty is a traditional point guard by any means, but with the way the Spurs roster is constructed and the way today’s game is played a team doesn’t really need a “point guard”. You could have had DeRozan handling the ball with Walker IV, Vassell, and Keldon manning the wings. And Aldridge would be in there too. That’s not a bad offensive team. Plus I really wanted to see what Vassell looked like guarding Luka. He had a few opportunities, but not enough of a sample size to be able to come to any conclusions. Although to Patty’s credit he was the one guarding Luka most of the time the Spurs were grinding their way back into the game in the 4th quarter. Soon enough Devin will be getting 30 plus minutes, soon enough.

You know who I could go without seeing play 30 minutes in a game ever again? LaMarcus Aldridge. I haven’t really commented on Aldridge a lot this season. I generally feel unqualified to harshly criticize pro athletes publicly, eventually enough is enough. His offensive game was on point tonight though. He had 26 points and actually pulled down 9 rebounds. Something he hasn’t done much of this season. He was also hitting shots from everywhere. He shot 11/18 overall and 4/7 from 3-point range. He was even posting dudes up and scoring down on the block. Unfortunately his defense is so bad it somehow makes me more mad when he has good offensive games. It just means we’re even further away from him getting less minutes.

Let’s look at what I think was his worst sequence of the night. The Mavs had a mini fast break going with Luka bringing the ball up. This wasn’t Aldrige’s fault, but Tim Hardaway Jr. got left wide open in the corner. Of course Luka found him, but fortunately Hardaway missed. There was a long rebound that went to the free throw line. There were 3 Spurs around it with LaMarcus being the closest one. It went right over his head. He didn’t even jump and barely reached out for it. A Maverick hustled over and stole the rebound from him and gave the ball back to Hardaway Jr. who drove it to the hoop this time, right at Aldridge. Instead of playing defense Aldridge backed away and gave up an easy layup without even challenging the shot. He could have at least put a hand up.

It’s sequences like this that make me not even care about his 26/9. Veterans are supposed to be in there to show the younger guys how to play the right way. I’m no expert, but that ain’t it. The only problem is there isn’t really a viable option to take those minutes. Is Jakob Poeltl good enough to play around 30 minutes per game. Could we get a committee of big men to do the job? Pop doesn’t seem to think Luka Samanic is anywhere close to ready for anything. Do we want Trey Lyles playing more minutes? Is anybody ready to step up? Anybody… anybody? Bueller?