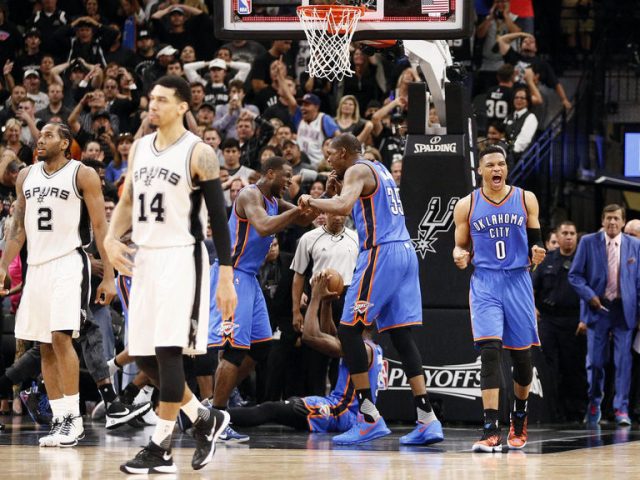 The San Antonio Spurs Vs OKC game ends in controversy with the worst no call in NBA playoff history. Now before we start with the circus that was the ending of game 2 let’s dig a little deeper. Was this a blatant no call or was this something more sinister? We all know what drives the NBA and that is the all mighty dollar, so ask yourself something is not controversy good for business? Could this mean the NBA could actually doctor such ending for ratings, internet fodder and of course money. When I go on Twitter this morning and see this on the NBA TV feed it has to make you think. 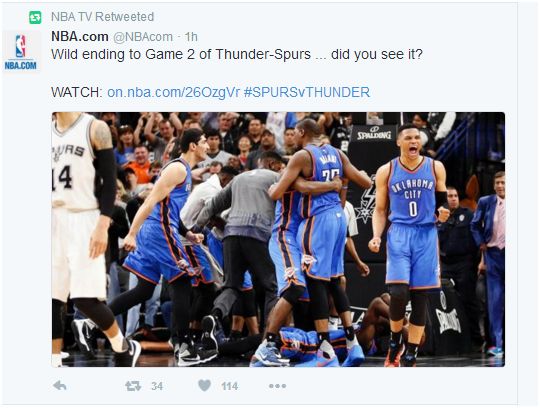 The longer a playoff series goes the more money the NBA makes so maybe blatant no calls are part of the game now? Looks like the officials play a more pivotal role than the players and coaches. I think the officials should be fined for these no calls just as the players and coaches are fined. If officials get fined for not making the right call don’t you think they would be more critical in getting it right.  When is this enough, as fans we put up our hard-earned money and invest time in supporting our team. Only to have such important games end in controversy? Something just doesn’t seem right with that.

Thunder evened the series vs. the Spurs last night, but it didn’t come without controversy #NBAPlayoffshttps://t.co/hezi9SxuC0

Is it more prudent to say the officials gave the game to OKC or for us to ask why the Spurs put themselves in this situation in the first place? The San Antonio Spurs looked out of sync on Monday after a stellar performance against OKC on Saturday night. The Spurs started the game ice-cold and found themselves down by 13 as they missed several easy layups. While San Antonio put on a better showing in the second half they just never seemed to get into their offensive rhythm. The Thunder picked up their defensive intensity and kept the Spurs in check most of the game. In the end the game came down to a single possession in which the Spurs steal the in bounds pass but fail to execute on the offensive end as time expires. This series is now tied at 1-1 as the Spurs lose to OKC 98-97.  This series now shifts to Oklahoma on Friday with a 8:30 PM tip-off as the Spurs take on the Thunder in Chesapeake Energy Arena.