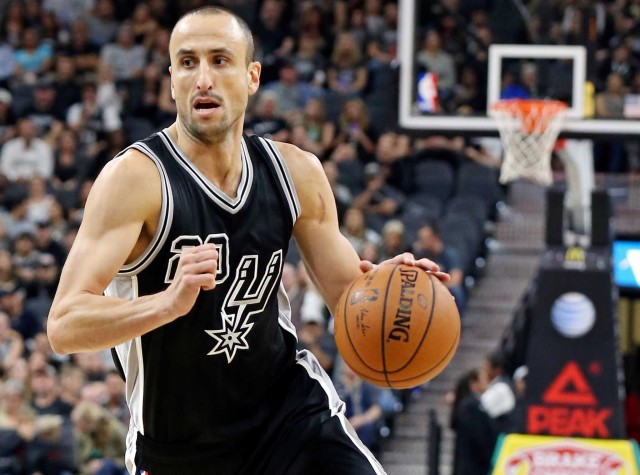 Manu Ginobili was out on the fast break in Boston, nothing or nobody between him and a dunk but his own tired set of 38-year-old legs. Midway through his jump, the Spurs guard seemed to realize there was a less taxing way to record the same two points, and settled for a nice and easy layup. Early in his 14th NBA campaign, Ginobili remains what he has mostly always been — the fiery heart and soul of a second unit the Spurs could not live without. While the starting group labors through the inevitable growing pains of integrating All-Star forward LaMarcus Aldridge, the Spurs’ bench has helped smooth over some of the rough spots. Heading into Saturday’s game against Charlotte at the AT&T Center, the Spurs’ top three-man unit — among groups averaging at least five minutes per game together — has not been Aldridge, Tim Duncan and Kawhi Leonard. For the first unit, the task has been to figure a way to meld Aldridge’s prodigious scoring skills and Kawhi Leonard’s burgeoning offensive game with a system that has valued ball-sharing in the past. At some point, the Spurs believe, their All-Star starting five will begin to fire on all cylinders……..Read More