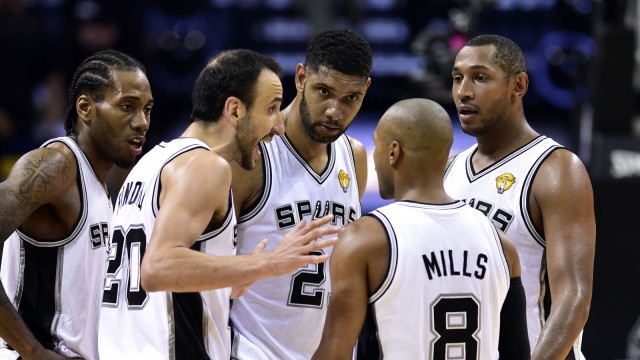 The Golden State Warriors may be the reigning champions, but the San Antonio Spurs are still the gold standard. At least that’s how Bob Myers sees it. Never mind that he’s the Warriors general manager, the 40-year-old who has played such a significant part in getting a once-fledgling franchise to the NBA’s mountaintop. Or that his team is in the midst of making the kind of basketball history (23-0 and counting) that even the Spurs never did. There’s a bigger picture here that’s still very much in play, a history of success and smarts that has netted them five titles since 1999 and currently has them with an 18-5 record that hardly anyone has noticed amid all the Warriors mania. But Myers will never make the mistake of overlooking San Antonio. He’s too busy admiring them.

“They are a model franchise,” Myers told USA TODAY Sports on Thursday. “We are all trying to emulate them.”……..Read More