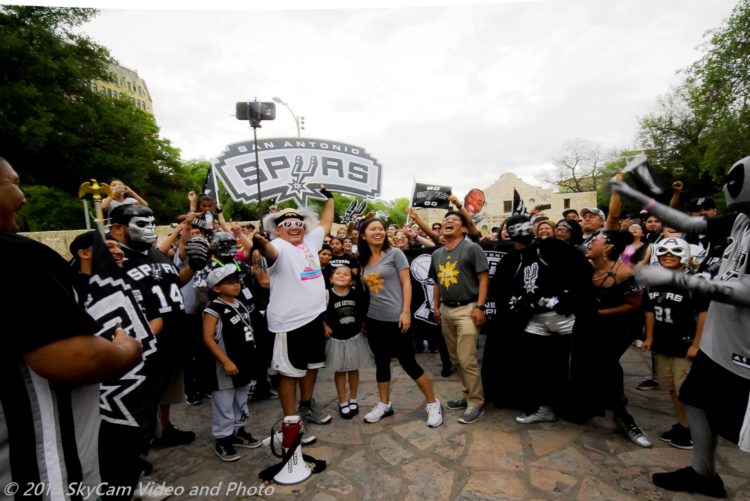 Spurs fans have taken the retirement of Tim Duncan as well as expected. Most Spurs fans walking around the city are still in a daze. They can’t believe the Tim Duncan era has come to an end. But local San Antonio resident and Spurs Super fan “Ol Skool Magee” is set to have a Spurs March in honor of Tim Duncan. 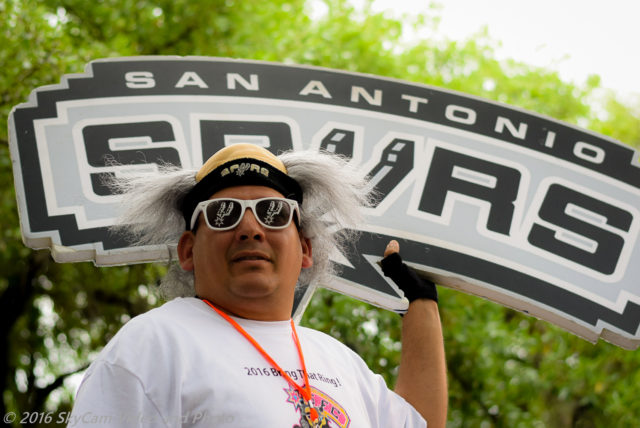 Mario Sosa aka “Ol Skool Magee” is the founder of the Spurs March an annual event that has grown every year. This year’s event entitled the “Thank You Tim Duncan Spurs March” will take place Saturday August 6th at the Tower Of Americas.

Don’t miss our “Thank You Tim Duncan” Spurs March Saturday August 6th at 6:30 PM at #TowerOfTheAmericas. We will have Free Snacks courtesy of Synder’s Of Hanover for all the fans. In addition Dj Eric of U-Neek Entertainment will be playing all your favorite music until 10:00 PM. For all the #Pokemon Go fans we will have lures active from 6:30 PM-9:00 PM “Gotta Catch Them All.” Hope to see you there for this one of kind event that is Puro San Antonio.

The event will begin at 6:30 PM and is brought to you by Spurs Fan Cave,  Synder’s Snacks of Hanover and The Rudy Castillo Law Firm. Entertainment will be provided by Dj Eric Of U-Neek Entertainment playing all your favorite music until 10 PM. For all the Pokemon Go fans, lures will be active from 6:30 – 9:00 PM. This is family and pet friendly event that has become a Spurs fan favorite in San Antonio. Mario Sosa founder of the Spurs March expects a crowd of over 250 Spurs fans at this event. The previous Spurs March saw a crowd of over 300 plus Spurs Fans and was a huge success.

This years “Thank You Tim Duncan Spurs March” will start at The Tower Of Americas and stop at The Alamo. The group will take their traditional picture and return back to the Tower Of Americas and dance the night away. Don’t miss this one of kind event that celebrates all things Spurs. For more information about the Spurs March go to the event page located on the Spurs Fan Cave Facebook page.