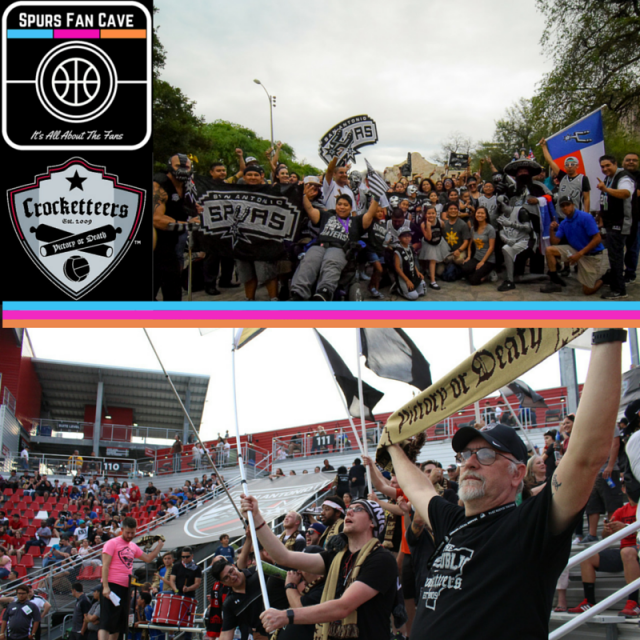 Spurs Fan Cave President Joe Garcia said, “We are excited with this partnership between Crocketteers and Spurs Fan Cave and can’t wait to come out to some tailgates and San Antonio FC matches this Summer. We also look forward to members of the Crocketteers joining us at our events when basketball season rolls around.”

The Spurs Fan Cave is involved with many charities across the Alamo city and prides itself on making a difference in the community. The Spurs Fan Cave love’s hosting watch parties all over San Antonio and meeting our fellow Spurs fans.

The Crocketteers have built their brand to honor the heroes of the Battle of the Alamo. Their motto is simply “Victory or Death” as written by William B. Travis during their 13 days of glory defending San Antonio’s most important landmark, the Alamo. Their goal is to give our support to our team the San Antonio FC. We believe a soccer team can only be as strong as the fans that support the team.

If San Antonio is going to have a soccer franchise, then it is our duty as soccer fans to grow our numbers and to be the 12th man on the pitch. We want opposing teams to know that this is SA…OUR CITY OUR HOME!!!