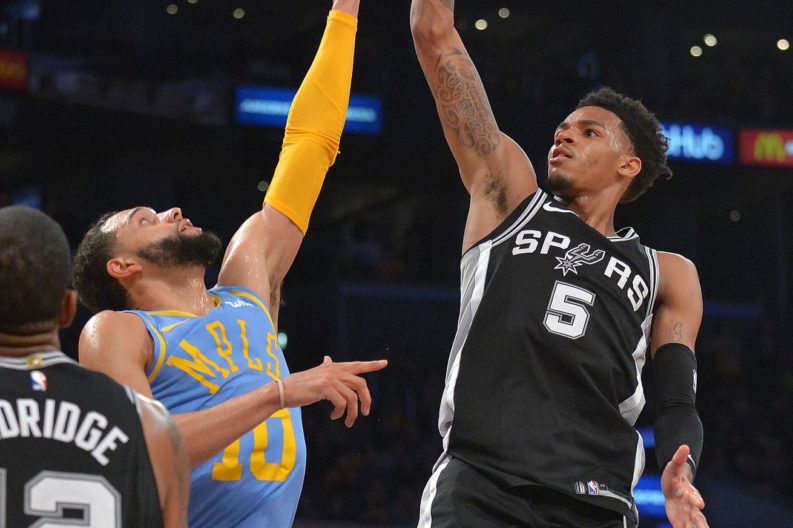 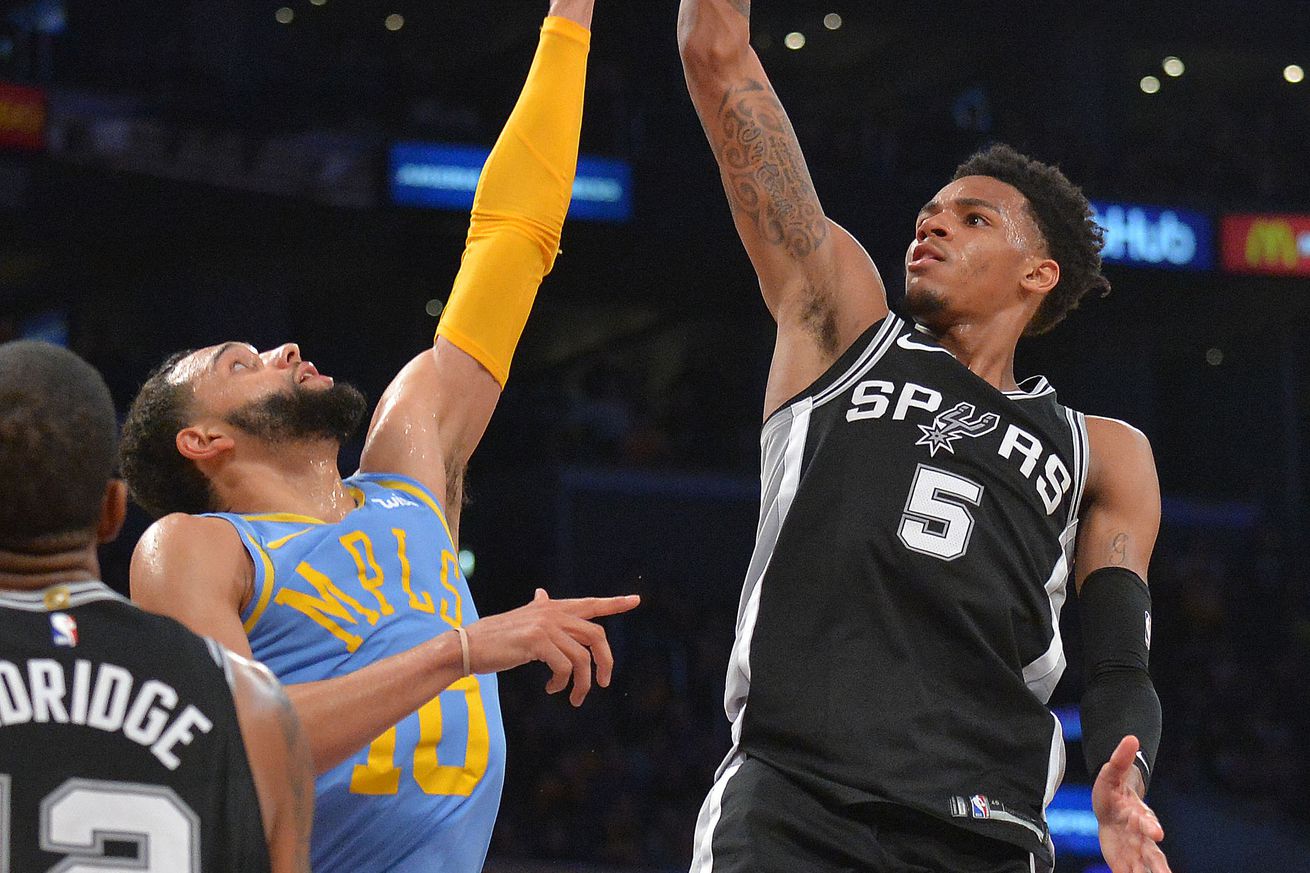 In the first half, it was all about the Spurs successfully matching the Lakers’ energy. Despite having the best player between the two teams in LaMarcus Aldridge, the Spurs have struggled this season to match the effort and energy of the Lakers, and have often looked overwhelmed by their athleticism and speed. Untimely turnovers somewhat cancelled out some good first-half shooting, but the Spurs maintained a two-point lead heading into the third quarter and looked to be up to the challenge of running with one of the youngest teams in the league.

In the second half, the Spurs once again battled the turnover bug, and had just enough free throw troubles to give the Lakers enough room to get even in regulation and pull away for an overtime victory.

The bad news is the Spurs are one of several teams with 34 losses for the season, and their place in the Western playoff race could come down to whether they can win another game on the road this season. The good news is the Spurs didn’t actually play a bad game against the Lakers, they just mostly looked tired on the second end of a back-to-back, and were unable to adequately defend Lakers rookie Kyle Kuzma, who has been sensational all season long.

Defensively, Kyle Anderson has really blossomed as The Guy when Danny Green is out of the game. Not only has he become a sound one-one-one defender on the perimeter, SlowMo has also taken a leap as a rim protector. His length has the potential to become a real problem for players driving to the hoop when Anderson shadows them from behind, and it also gives him a chance to poke the ball away from nearly any player with a live dribble. He has been a weird and refreshing development for the Spurs, and has proven himself to be a real asset.

As Dejounte Murray’s development as a starting point guard can often feel like a roller coaster ride, his performance against the Lakers should be considered one of the most encouraging games of the season, as he racked up 23 points, 10 boards, six assists, and sent the game to overtime with a floater in the lane with 24 seconds left. He came up big multiple times in the fourth quarter through a series of floaters, offensive rebounding and enough made free throws to not become a liability when fouled, and he battled hard when switched onto bigger players like Kuzma. He has been more of a caretaker and an occasional flash in the pan as a starter, but against the Lakers he showed some potential scoring chops.

Aldridge made good on punishing a defender any chance he got and was generally as excellent as he’s been all season. While most teams have adjusted to handle smaller, quicker lineups, Aldridge is a unique problem for many teams, and the Lakers were smart to send an extra defender his way late in the game. San Antonio was utterly unable to generate any late-game offense as LMA was swarmed on the touch, and no one in black could take advantage.

When the Lakers trapped Aldridge in the post throughout the game, the Spurs made a concerted effort to attack the offensive glass and punish the scrambling defense, and the results were mostly positive. Without another star to make up for the pressure applied to Aldridge, the Spurs have had to get creative in their ability to stay afloat.

At the beginning of the year, the Spurs’ offensive rebounding and sheer size made up for their health issues; at this point in the season, they are using quickness on the offensive glass from all five positions to find an edge. They are not playing their best basketball of the season, but this sort of offensive rebounding feels more like reality in terms of who will be on the floor in the biggest moments.

With Tony Parker, Patty Mills and Green struggling on the offensive end, there was a scoring void needing to be filled, and Bryn Forbes did an admirable job of filling the role when he was on the floor. He has found a nice comfort level and no longer seems consumed with making a shot to prove he belongs. He may even deserve an uptick in minutes when Parker and Mills can’t get a bucket.

The Lakers made some incredible shots on offense, and most of them were not against bad defense. From Tyler Ennis to Kentavious Caldwell-Pope to Frye to Kuzma, L.A. found a groove and couldn’t seem to miss down the stretch.

Two bad losses puts the Spurs in a bit of a bind in the standings, but the Lakers were exceptional. For as much as it was missed free throws, untimely turnovers, and being a step slow on D, the Lakers looked like a team that will seriously push for a playoff seed next season.

-I don’t love Patty Mills shooting long, contested pullup jumpers as clutch-time offense. Even when he attempted to pass back to Aldridge late in the game during a pick-and-roll, I wasn’t thrilled that he was so involved in the play. The Spurs’ commitment to creatively getting Aldridge the ball down low comes and goes, but in the biggest moments of the game, they have to come up with a better way to get him the ball in good position.

-Should the Spurs find themselves with cap space and a big man roster spot to fill this summer, Julius Randle isn’t the worst player to take a swing on with a short contract.

-When the Spurs losing a lead seems almost inevitable, it would be nice to see Pop mix it up and throw Davis Bertans out into the game more often to see if he can change momentum at all. Just something a little different, something with a higher upside offensively.