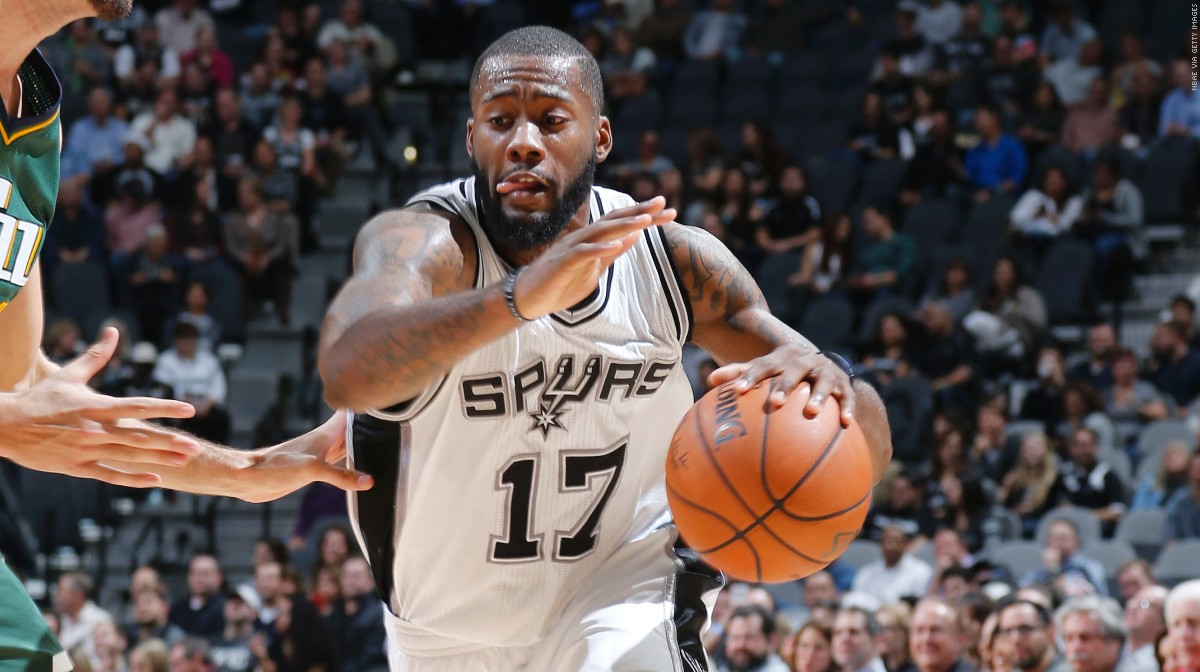 Expect San Antonio Spurs guard Jonathon Simmons to bring the ‘juice’ even more this coming season. Spurs Head Coach Gregg Popovich was asked about the importance of the bench this coming season, which lost several key players in the offseason. Pop responded, “We’re depending more on people that we’ve been grooming, so to speak, like Jonathon Simmons and Kyle Anderson to get more and more minutes for us.” Anderson’s ascension was expected, but it’s good to know that Simmons is a part of the plan too.

The 6’6” shooting guard’s explosive style of play helped him make a splash in his rookie season last year. Simmons mostly came off the bench with his high flying act, and averaged 6 points and 1.7 rebounds in under 15 minutes of play last season. His raw athleticism created highlight reel blocks and memorable dunks almost every time he took the floor.

Defenses seemed to figure him out later in the season, giving him space to shoot in order to contain his powerful drives. His shot was good at times, but largely inconsistent. Spurs shot doctor Chip Engelland may be able to help the 27-year old develop a better outside stroke. Simmons also needs to hone his decision making skills and avoid forcing drives when they aren’t there.

Simmons coined the phrase, the “Juice Unit” to describe the San Antonio reserves that were so vital last year. So often, the Spurs’ starters would stumble out of the gate, but the strong second unit would come in and dominate. Patty Mills used his speed, Manu Ginobili and Boris Diaw were excellent complimentary facilitators, and Boban Marjanovic was immaculate, and David West added an element of aggression. Simmons brought the juice…….Read More

Source: Spurs Expected to Depend More on Simmons in Second Season | Project Spurs