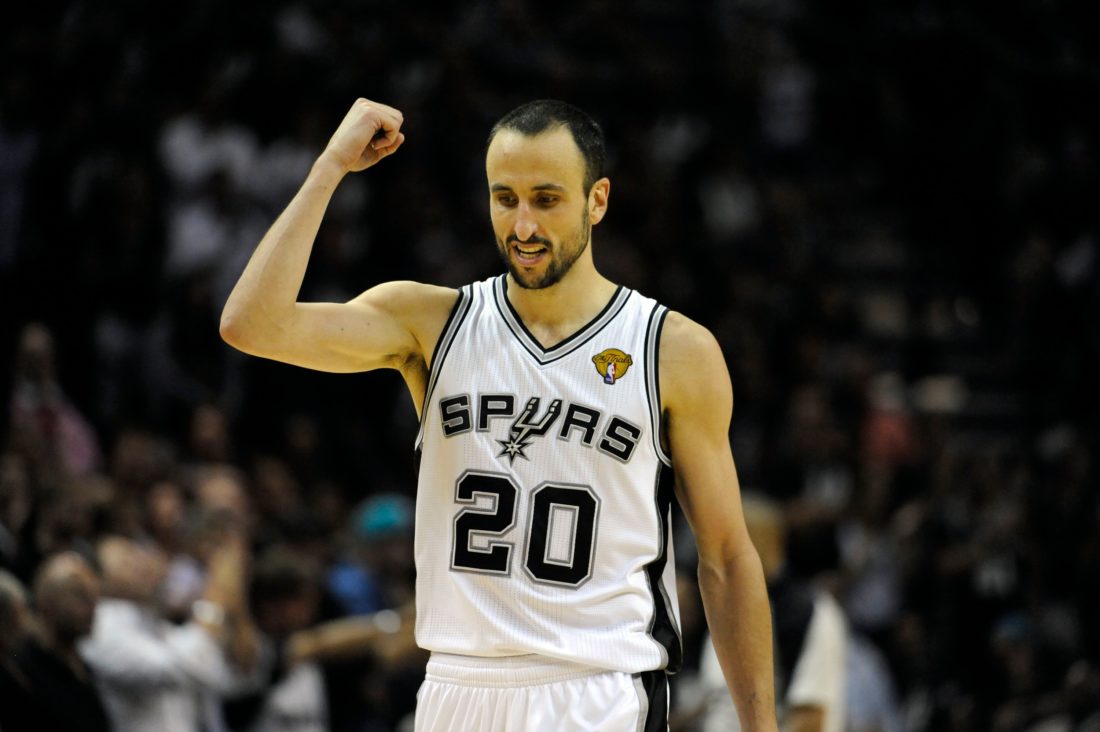 At 39, Manu Ginobili, with more bruises than a crate of dropped peaches, could have pulled the plug, too, and everyone would have understood.

“It wasn’t that hard to decide on keep playing,” Ginobili said. “I said many times last year that I had a blast. Even though the season did not end as we all hoped and expected I had a great season. I felt good; I felt happy while playing; I felt healthy, except for a minor injury out there (much laughter). It was a great season, so once I felt the same enthusiasm I felt I keep helping the team; the team needs me, it was easy to decide to keep playing.”

After averaging 9.6 points 3.1 assists and 2.5 rebounds in 58 games last season, Ginobili felt productive and fresh again, even though he took a shot to the groin and was sidelined by a testicular injury in February.

It was a far cry from the summer of 2015 when Ginobili was beat up, worn down and wondering if enough was enough. This summer he wasted little time signing a new one-year deal worth $14 million and then went promptly off to the Olympics in Rio, where he played for one last time with the Argentine national team.

“I usually take a couple weeks to talk to my family, see how I feel,” Ginobili said. “My head usually changes once the season is over but by mid-June I was pretty sure I wanted to keep playing.”

He was even pursued by the Philadelphia 76ers, who wanted him to lend veteran leadership and stability a young roster.

“I was very flattered,” Ginobili said. “With Brett Brown, I had a great relationship when we were here. He was my guy, the one that developed my game a lot. The fact he wanted me to sign me at this stage of my career and tell me he thought it was very important to his project was very, very flattering.

“I wasn’t sure how important I was going to be for the Spurs. Once the talks started to go one and the Spurs showed great interest and really wanted me back, of course I wanted back, too. Then I made the decision. At the beginning I was very flattered and honored because it was a coach I appreciated and respected a lot and it made me feel really well.”

And as Ginobili enters his 15th NBA season, there is no reason to think for certain that this is the last.

“I don’t know,” he said. “I’ve said before I play every season as if it’s the last one. Then if I feel good enough I will consider it. I don’t see any reason I should make a decision 10 months ahead.”

Fran Blinebury has covered the NBA since 1977. You can e-mail him here and follow him on Twitter.

The views on this page do not necessarily reflect the views of the NBA, its clubs or Turner Broadcasting.