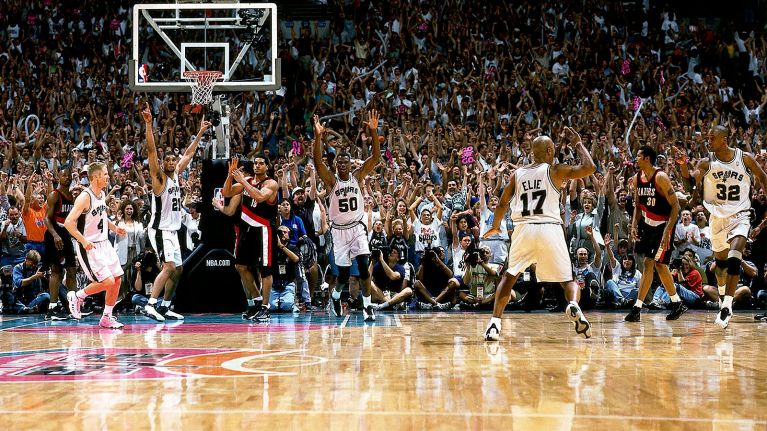 This Golden State Warrior super team reminds me of the Portland Trailblazers from the late 90’s to 2002-03. When they had players like Zack Randolph, Scottie Pippen, Damon Stoudamire, Brian Grant, Shawn Kemp and Rasheed Wallace.

The Blazers had too many superstars and not enough role players. Because of this they imploded and never won a NBA Championship with their super team. The Warriors in my opinion are just looking to repeat the same pattern.

Looking at the Spurs Vs Blazers 1999 playoff game 4 I stumbled upon on Youtube. I heard an echo from the past that still holds true for the Warriors to this day. You do not necessarily need a team of superstars to win it all.

Just look at what are Spurs have done with finding balance and surrounding their big three with quality role players. Like the infamous Rasheed Wallace used to say “The Ball Don’t Lie.”  With 5 NBA titles under the Spurs belt neither does the formula for success.

Spurs echos of the past hold the key to Warriors future. “Fast Forward Video to 1:28:50″