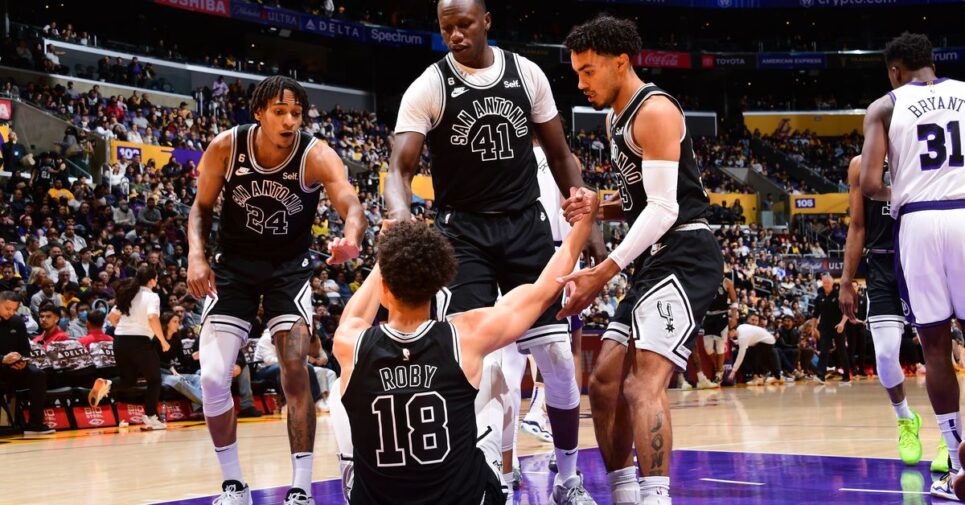 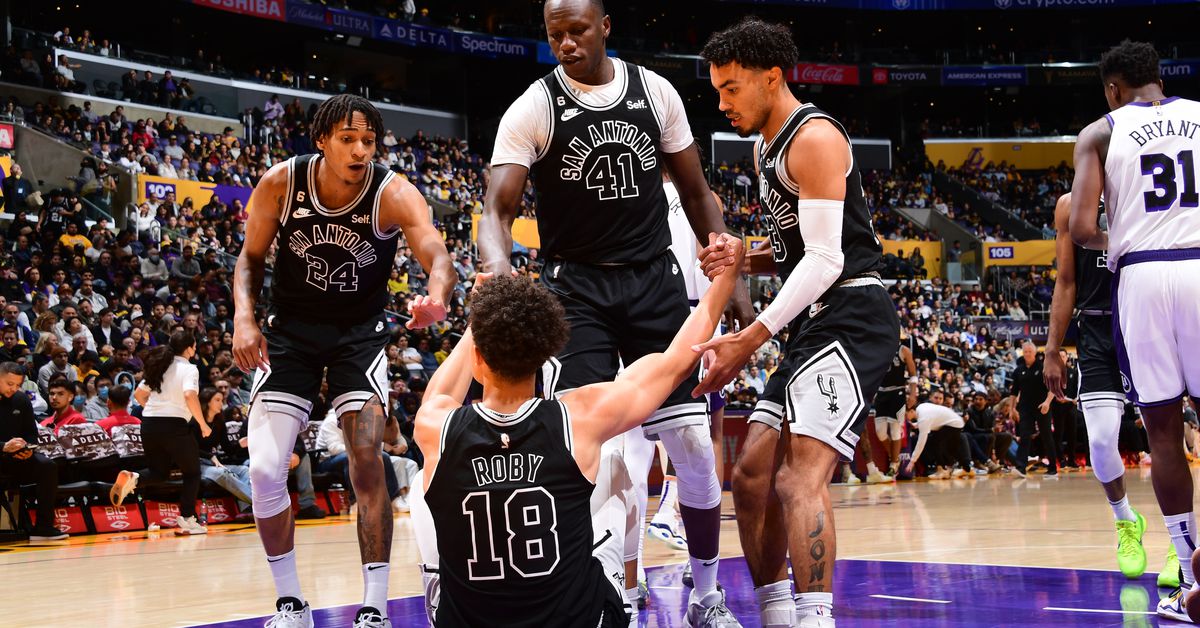 The San Antonio Spurs squared off against the Los Angeles Lakers on Sunday night to close out a long five-game road trip, where they had dropped the previous four in a row. Fans tuning into the broadcast midway through the game could be forgiven if they thought they were watching a replay from the night before. For one, the Spurs were in the same building — the unfortunately named Crypto.com Arena — and also faced the same offensive shortcomings.

It was clear from the opening tip that the Spurs were struggling to find the energy needed to close out the trip with a win. Gorgui Dieng started for Jakob Poeltl, who sat out with knee soreness, and the Spurs just could not contain Anthony Davis without their leading shot-blocker and man in the middle. The Lakers played without LeBron James, but didn’t need him, as Davis basically had his way with the Spurs and scored 18 first quarter points on 7/10 shooting (he would finish with 34). A lack of defense was a bit of a theme, as poor communication led to missed coverage on Laker slashers. In addition, Spurs defenders struggled to rotate out to open shooters.

On offense, Keldon Johnson continued his recent struggles, shooting 4/20 (1/16 over the first three quarters) and finishing with 12 points. Plays frequently devolved into one Spurs attempting to create a shot — usually a contested three — while four others stood back and watched. Johnson in particular really looked aggressively for his shot and just could not get anything to drop.

By the time the final buzzer sounded, the Lakers would win 123 to 92 and the Spurs would drop to 6-12 on the season after losing all five on the road and 10 of their last 11 games.

This adage will be used frequently this year to explain the Spurs’ struggles, but this is a young team in search of an identity, and missing at least one All-Star MVP level player. It will be common place for the team to go long stretches where they look atrocious on offense. Johnson (21.9 PPG) and Devin Vassell (20.4 PPG) have taken great strides and are both setting career highs in points per game, but neither one is ready to put the team on their back during droughts.

Play of the Game:

The Spurs return to the welcome confines of the AT&T Center on Wednesday night, facing Zion Williamson and the New Orleans Pelicans. Tip is at 7 pm Central.