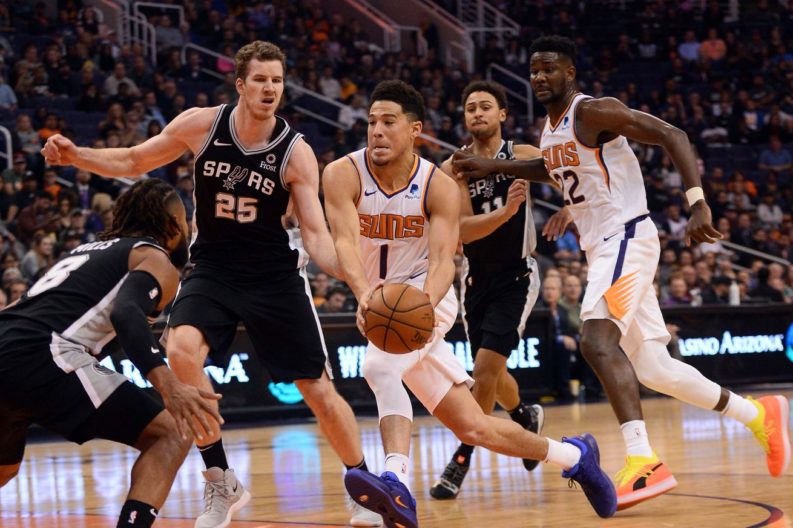 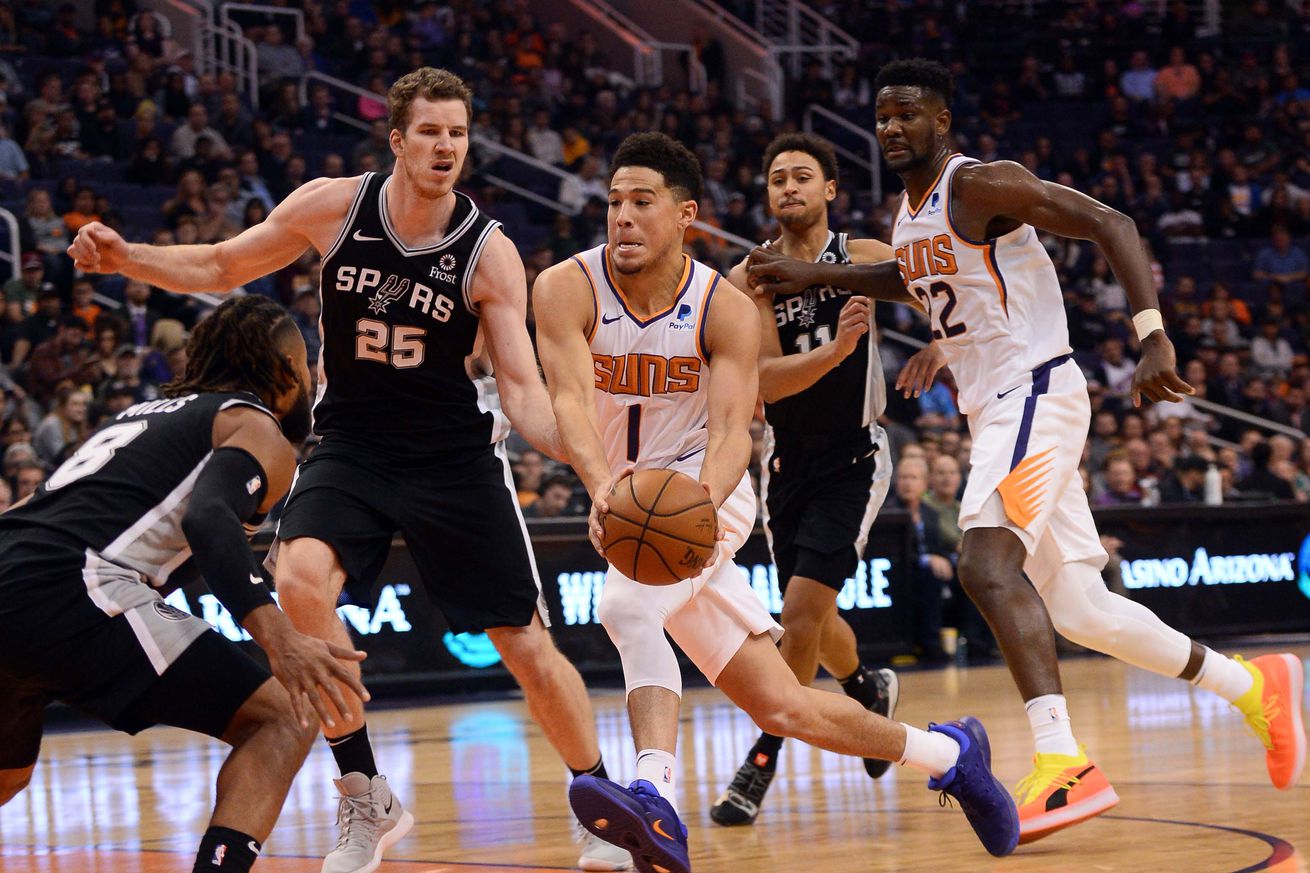 The Spurs were outcoached, outplayed and outhustled in Phoenix.

The Spurs were visiting the cellar-dwelling Suns on Wednesday, the perfect opponent to face after a tough loss in Sacramento. Unfortunately, what had the potential to be an easy win turned into another unexpected defeat.

San Antonio was simply outplayed by one of the worst teams in the league en route to a decisive 116-96 loss. It was yet another winnable game that they dropped in what’s turning out to be a brutal November.

The Spurs’ horrendous start was a harbinger of things to come. The first quarter was a mess. LaMarcus Aldridge was missing bunnies while DeMar DeRozan was attacking the rim with no plan and hoping for a whistle. The ball moved but not in a way that created any advantage and the turnovers piled up. On the other end, defenders were not able to stay with their assignment and the help defense was late. Credit should got to the Suns, which were playing with more effort on their own end and were hitting the few tough shots San Antonio managed to forced them into, but the Spurs did themselves no favors early. Phoenix got a max lead of 19 points. It could have easily been more.

Against most other opponents, the beatdown would have continued. But the Suns were a 2-11 team coming into Wednesday and started to play like it. Their swarming defense lost some of its intensity and their offense got sloppy at the worst possible time. The Spurs started pouncing on their opponent’s mistakes, chipping away at the deficit. Phoenix managed to keep a double-digit lead until Gregg Popovich found a lineup that worked, a super small unit featuring four guards and LaMarcus Aldridge. It seemed like it could be the perfect counter to the Suns’ game plan. By the time the break came, the Spurs were only trailing by five points and a comeback win certainly looked possible.

It turns out that the mini surge at the end of the half made what followed all the more painful to watch. The Spurs simply appeared to forget what had been successful just minutes before. They tried to force-feed Aldridge with Cunningham on the floor. Naturally, the Suns helped off him and completely neutralized the offense, forcing DeRozan to once again go on hero mode to get points on the board. Complacency seeped back in on defense. Phoenix owned the paint. With Devin Booker struggling, San Antonio had a chance to weather the storm and regroup, but Jamal Crawford caught fire. Pop, meanwhile, finally went small but only with the bench unit and with Quincy Pondexter inexplicably on the court despite his suspect shooting negating the advantage of the move.

There was no response this time. The Spurs trailed by 17 going into the fourth. When the starters checked back in, the Suns’ lead ballooned even further. With a little under seven minutes to go, and knowing that the rested Clippers await for a Thursday SEGABABA, Pop pulled the plug.

It was the fourth loss in the last five games, the third against a team with a losing record. It’s clear at this point that the Spurs simply aren’t talented enough to take any matchup lightly. If they keep forgetting that, opponents will be happy to remind them.

Fortunately, it’s early enough in the season that if they remember to have “the appropriate fear” night in and night out they could still be a playoff team. Let’s hope that the effort and execution that made us optimistic about the Spurs’ postseason chances is there every night from now on.

Up next: @ Clippers on Thursday

The Clippers are coming off wins over the Bucks and the Warriors. They will be rested, as their last game was on Nov. 12. It doesn’t look good for the Silver and Black, but it’s been hard to predict which games the Spurs will win and which they will lose this year, so maybe they surprise us with an upset.