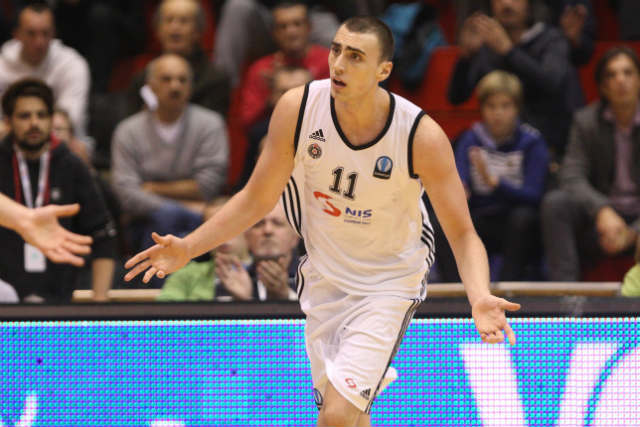 The San Antonio Spurs could have added some depth and athleticism to their team with the 26th pick in the 2015 NBA draft. But instead the Spurs disappoint everyone by selecting 7’0″ center Nikola Milutinov who currently plays for Partizan Belgrade? The Spurs obviously made this pick, strictly to save some cap space and go after a big name this summer. The dilemma is without adding a young player they could have used now they are opting to wait and see how Nikola Milutinov develops. According to “Draft Express” scouting report Nikola Milutinov is a mobile big man who can finish at the rim and shows some promise as a jump shooter. The issue is Nikola Milutinov will not be playing with the Spurs anytime soon and may never suit up for the Silver & Black. The Spurs could have done so much better and this pick is surely a disappointment. The Spurs also had the 55th pick in the draft and they selected 6’9″ center Cady Lalanne from Massachusetts. Caddy Lalanne has a 7’5″ wingspan is an excellent shot blocker and good rebounder who shows some low post scoring skills. The Spurs are obviously going after some big men to possibly fill the void when Tim Duncan retires. The problem with these draft picks? No one can replace Tim Duncan who is the best power forward to ever play the game.