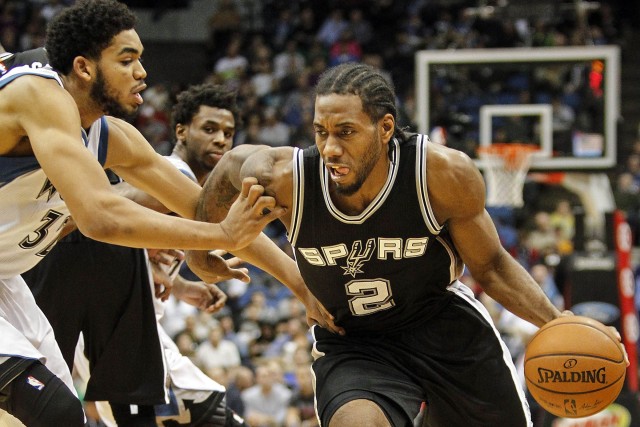 The Minnesota Timberwolves are just puppies at this stage of their development.  Andrew Wiggins and Karl-Anthony Towns are two of the most talented young big men in the league, but compared to veterans like LaMarcus Aldridge and David West, they are callow youths whose lack of knowledge can be easily exploited for easy buckets. Zach LaVine is another young canine who is starting to find his way, and he was pretty effective tonight, as he was the high scorer for the Wolves with 17 points. Kevin Garnett and Tim Duncan have been rivals in the NBA almost longer than Karl-Anthony Towns has been alive. Tonight was one of the last times they will face each other on the court.  Garnett outscored Duncan 4 to 2, but points don’t tell the whole story.  Tim also  had 5 rebounds, 4 blocks, 5 assists and a steal in 24 minutes.  Not to mention scoring over a million on the leadership scale.  KG only played 11 minutes, and was supplanted by Gorgui Dieng for most of the game…….Read More