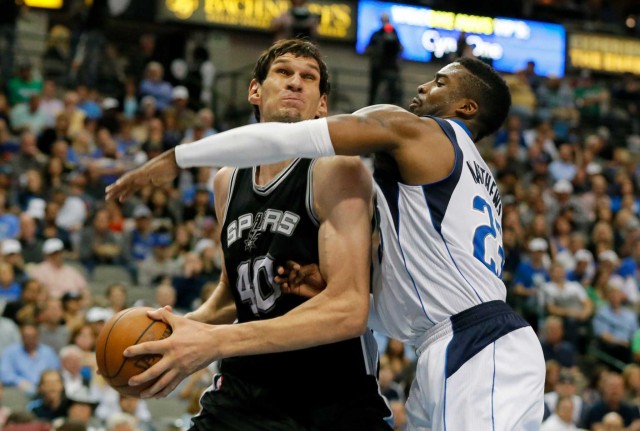 Boban Marjanovic notched a career-high 22 points and 12 rebounds to lead the Spurs to a wild 96-91 comeback victory over Dallas Wednesday night in the regular-season finale for both teams.

The rotation-depleted Spurs battled back from an 18-point halftime deficit to finish off their 67th victory of the season, best in the history of the franchise.

And they also held up their first-round playoff opponents – at least for a couple of hours – by denying the Mavs a chance to seal the No. 6 playoff slot in the Western Conference.

If Memphis beats Golden State later tonight, the Mavericks will meet the Spurs in the playoffs. If Memphis loses, the Grizzlies will face the Spurs.

The Mavericks had a chance to tie the game, but Raymond Felton missed a 3-pointer with 2.9 seconds to kill their final threat…….Read More