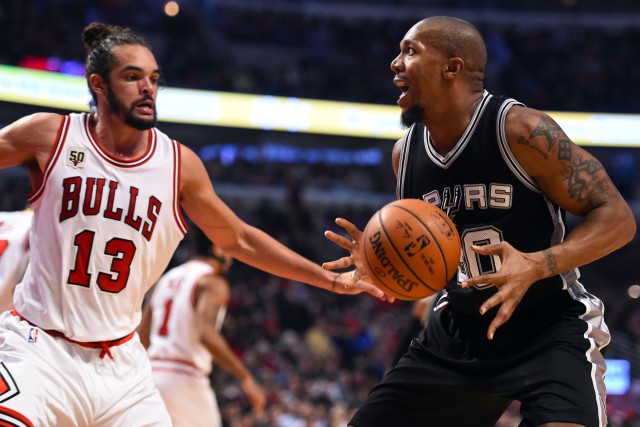 The Spurs lost to the Chicago Bulls 92-89 in a hard-fought contest that was close until then end, but the Bulls executed slightly better down the stretch to pull out a narrow victory. The Spurs had a shot to tie the game with 10 seconds left but Chicago kept the San Antonio shooters locked down and they couldn’t get an open look. The Bulls got a great game from Pau Gasol and Derrick Rose, but their entire lineup performed well down the stretch. The Spurs looked great for stretches, but they were cold from beyond the three point line, shooting only 2-14, while the Bulls shot 6-16 from beyond the arc. Kawhi Leonardhad a great game for the good guys, but the Spurs bench wasn’t as effective as the starters. Sometimes early this season, the Spurs offense has seemed like a mixture of styles that didn’t quite mesh. But at the start, it looked like the Spurs were starting to mesh. The first quarter started well for the good guys, as Tim won the tip without even jumping, and the first 10 points from the Spurs were scored by 5 different players, which was the most Spursy thing ever.  The Spurs surged to a 23-17 lead at the end of the first, with LaMarcus Aldridge scoring 10 in the quarter……..Read More