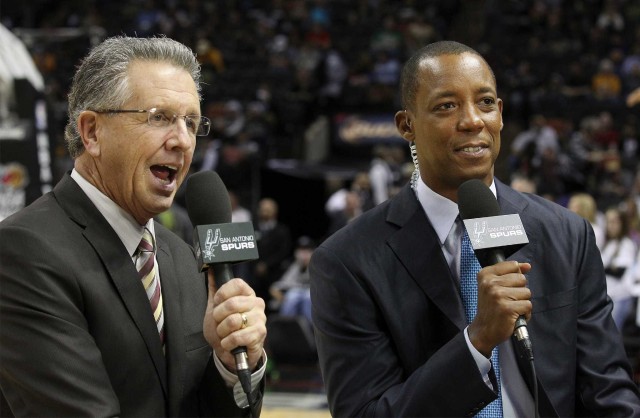 This is all obviously an exercise in subjectivity, but it’s still a fun look at what people prefer.

Some viewers prefer intense homerism in their broadcasts, while others prefer a more unbiased approach. Others are drawn to announcers who infuse their program with advanced analytics, but the “old school” largely scoffs at these new age numbers.

It’s generally impossible to get a consensus on these sort of things, but the Awful Announcing crew took the votes and ranked all 30 broadcast crews from No. 30 to No. 1.

Spurs fans might be happy to know that the Houston Rockets team of Bill Worrell (play-by-play), Matt Bullard (analyst) and Clyde Drexler (analyst) came in dead last, with 43.44 percent of voters handing the trio an “F” on its report card……Read More