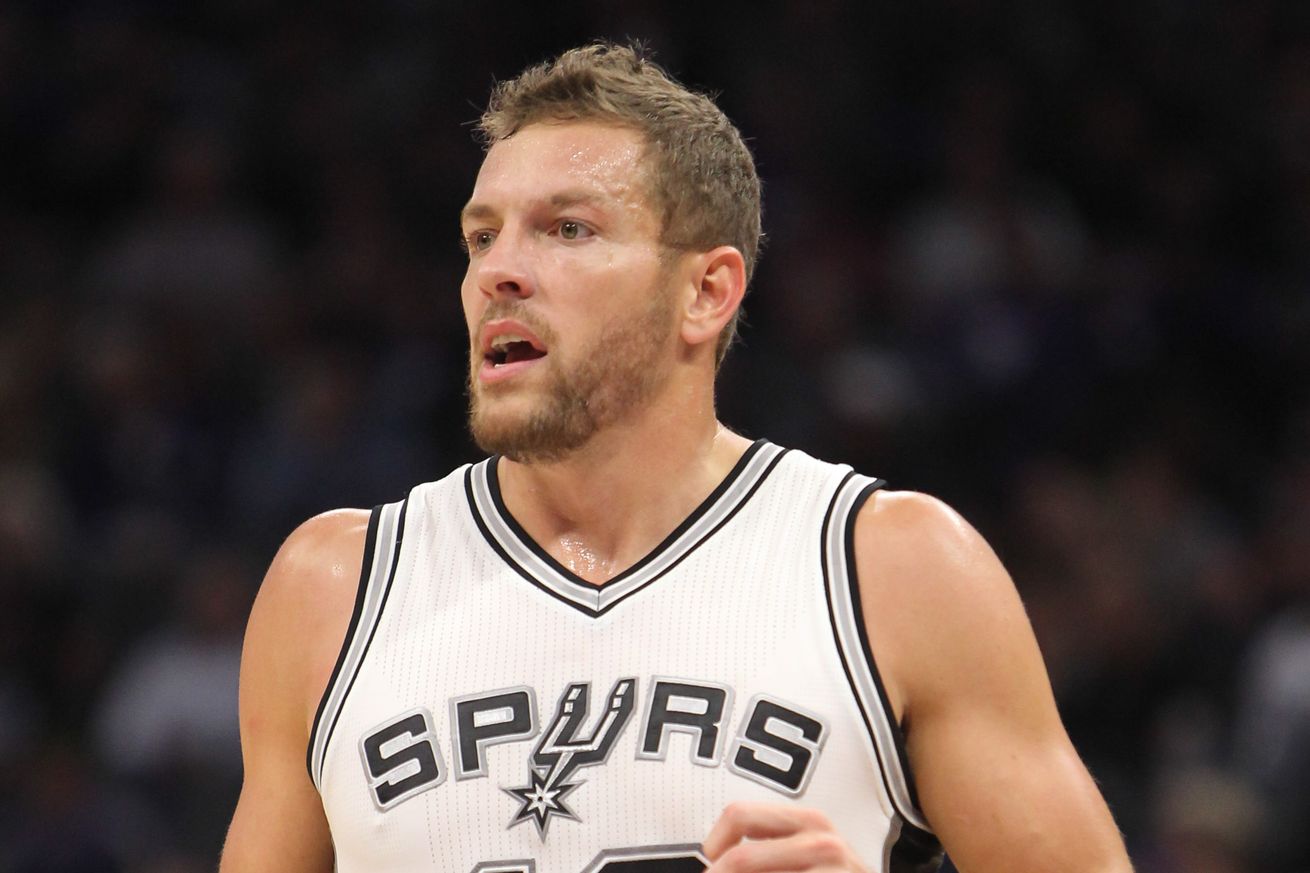 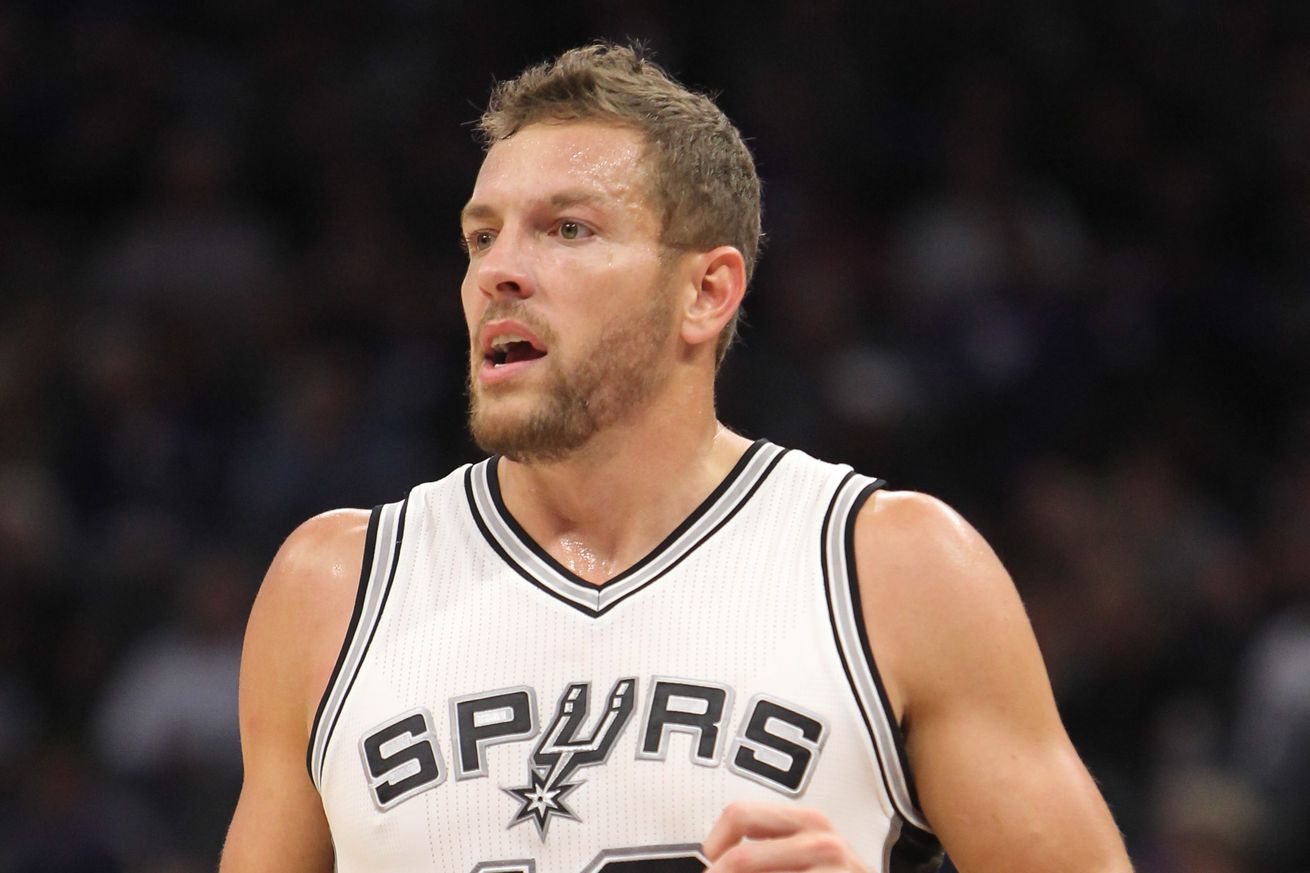 San Antonio picked up its 33rd win of the season but lost Pau Gasol for the near future.

The Spurs beat the Nuggets for the twelfth time in their last thirteen meetings and for the eighth-straight time at home on Thursday night. No surprise there, the last time the Nuggets left the AT&T Center with a win was way back in Kawhi Leonard’s rookie season in a game in early March of 2012 when the Spurs’ starting lineup included Richard Jefferson and DeJuan Blair.

Both teams were short handed in this game, with the Nuggets missing Darrell Arthur, Danilo Gallinari, Wilson Chandler and Gary Harris while the Spurs were without Tony Parker, who was out with left foot pain, and Pau Gasol. Pau was a super-late scratch after he broke his hand before the game.

That’s not good for the Spurs, with Pau really becoming comfortable with the team. In fact, of lineups that have logged at least 300 minutes, the Spurs starters with Gasol are the league’s third most efficient lineup. h/t Paul Garcia

The team hasn’t put out a timetable for the big man’s return but a recovery for a fractured fourth metacarpal could optimistically be 3-5 weeks, more likely 4-6, but could even take up to eight. Luckily for the Spurs they have a couple of bigs on the bench that are more than ready to see some extended run on the floor in David Lee and Dewayne Dedmon.

The Spurs limited the Nuggets to just 42% from the floor in the first half of the game while hitting 55% of their attempts but led by just one at the break. For the second game in a row the Spurs picked up a a ton of fouls, sending Denver to the free-throw line for 18 attempts, of which they made 17. The Spurs were just 6-of-8 from the charity stripe.

Spurs coach, Gregg Popovich, was tossed out of the game after he took issue with a foul assessed to Davis Bertans that sent Nikola Jokic to the line for an and-one opportunity. On the following possession Pop continued to berate Bennie Adams which led to Zach Zarba drawing the line at, “you’re a terrible referee,” teeing up the Spurs’ captain and sending him to the locker room with 96 seconds left in the first half. Emmanuel Mudiay picked up a humorous assist on the toss-out.

Emmanuel Mudiay trolled Gregg Popovich right in his face after the coach got ejected pic.twitter.com/DGZBNBDXKs

As Extraneous G made his way off of the court he received a standing ovation from the fans with the AT&T Center reaching damaging-to-your-hearing noise levels. The two technicals bring Pop’s total up to six for the year, second most for a coach behind Erik Spoelstra and Steve Clifford’s seven. It also means Popovich has three times as many techs as all of the players on his roster combined, which I find delightful.

Going into the break the Spurs led Denver 59-58.

And once again it was a game of two halves, with the second half belonging to the Spurs. Presumably a little fired up after Pop’s ejection, the team came out of the locker room on a mission and started the second half with a 15-0 run in the first three minutes. All five starters scored during the run.

That essentially put the game away for the Spurs, though the Nuggets were able to cut their deficit to seven on a 9-0 run with four minutes left in the third before the Spurs responded with an 8-0 run of their own. San Antonio took a 92-81 lead into the final period.

The star of the game was easily Kawhi Leonard, who was just voted to start his second all-star game. The sixth-year stud dropped 34 points on 22 shots to go with five boards, four assists, a couple steals and a block. Dude’s been unreal lately.

Kawhi did get help from Dejounte Murray and David Lee who filled in for Tony Parker and Pau Gasol. The Spurs are lucky to have such a deep bench. More on those two below.

In the end the Spurs more or less cruised to their 33rd win of the season behind the starters’ 83 points and keep the NBA’s second-best record at 33-9. They’re three games back of the Warriors and without Pau for the foreseeable future it’ll be hard for SA to make up any ground but they do have a three game cushion in the loss column to Houston. Hopefully the team can remain in the two-seed while they wait for their big man to return.

Had to check in with in Dejounte after tonight’s performance pic.twitter.com/XKpmFjMzNb

No one in the league has been better than Kawhi over that stretch, who’s locked in on burn-you-down mode right now. To go with his all-world defense he’s averaging 33.4 points on 63.6% shooting (52.4% from deep), five boards, three assists and just a hair under two steals and a block per game over the last five contests.

The Spurs travel to Cleveland to take on the defending champs on Saturday night. Popovich expects Tony Parker to be back for that one but the team obviously won’t be at full strength as we wait for a timetable for Pau’s return.

Tua talked with Flores, confident in status as QB