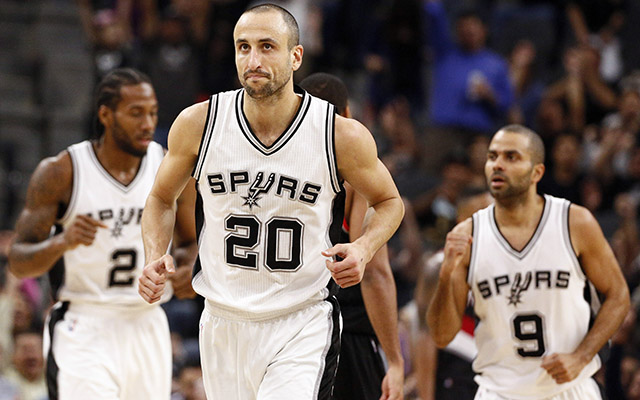 The real secret to the San Antonio Spurs‘ era of dominance that stretches 16 years and counting isn’t (just) Tim Duncan‘s brilliance or their phenomenal draft scouting staff or the franchise’s fortune of health, or even Gregg Popovich’s tactical masterminding. It’s their adaptability. When the league went all-offense, up and down in the mid-00’s with Seven Seconds or Less and the Mavericks, the Spurs became a grind-it-out defensive squad and won two titles in 2005 and 2007. Those were mostly plodding, deliberate offenses centered around terrific, gritty defenses. A few years later, when the league went to hyper-isolation play and blitzing defenses with the Heat‘s rise in 2011, they adapted again as their roster got younger and went to a wide-open spread, 3-point-heavy spread attack. That’s how the San Antonio challenged in 2012, made the Finals in 2013, and won in 2014. The team placed a premium on shooting, to the point that their 2014 Finals performance remains one of the most incredible shooting performances in NBA history………Read More

Source: Spurs back to grind-it-out style as a means to counter Warriors’ smallball – CBSSports.com