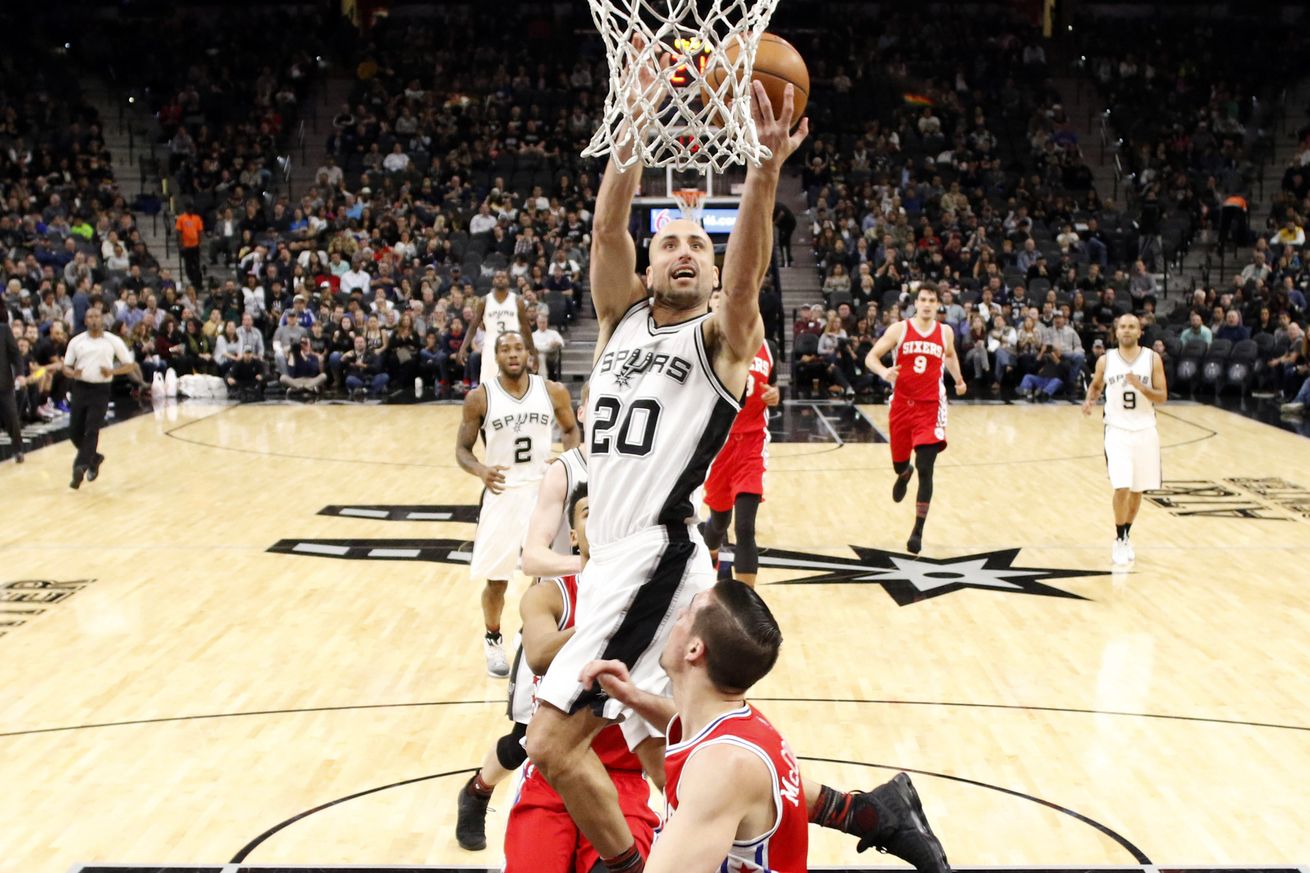 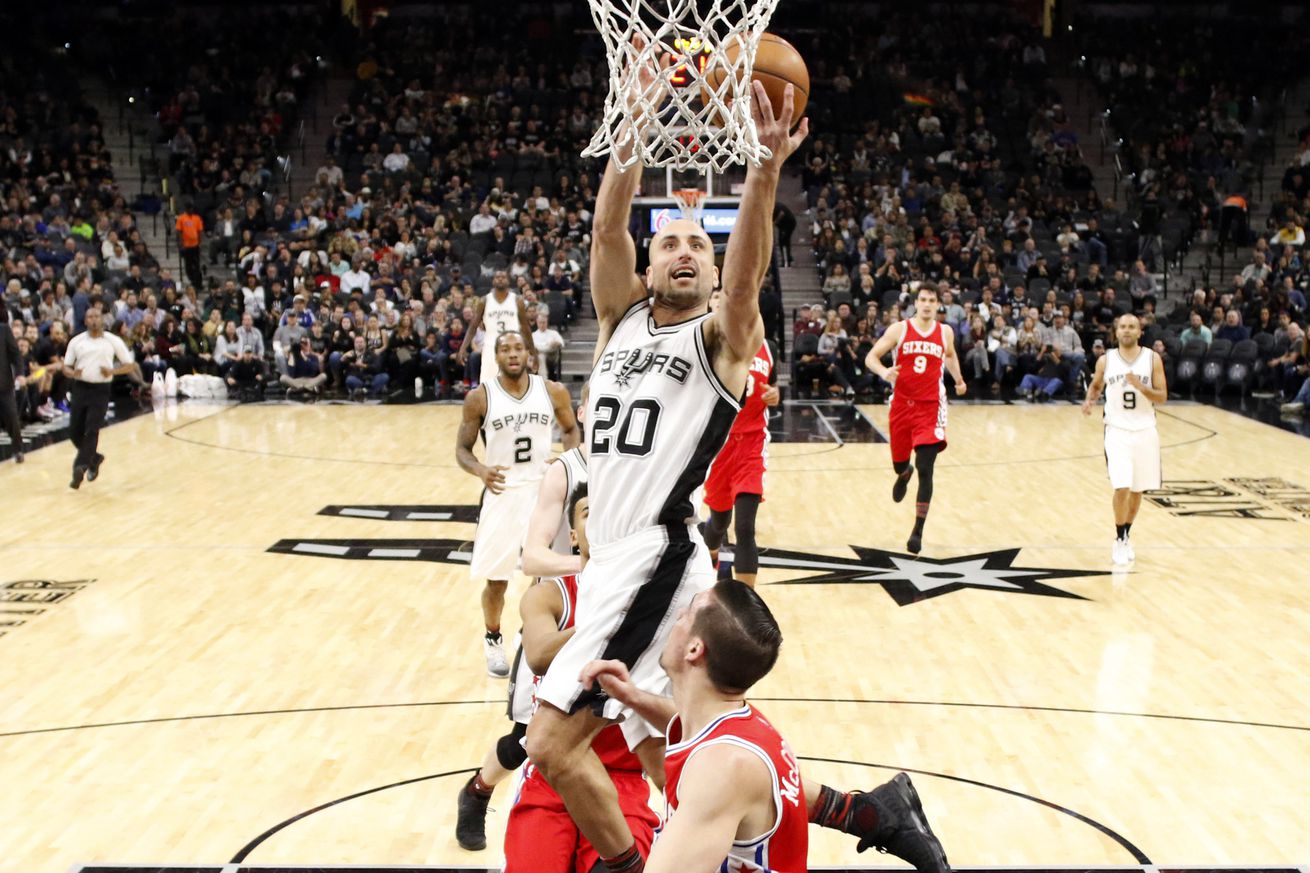 A breakdown compilation of alley oops and dunks from the game.

The alley oop is defined as a play in which one player throws a pass to a teammate near the basket, which the teammate catches in mid-air and immediately dunks. All oops have a dunk so oops and dunks naturally go hand in hand.

Prior to a couple of years ago, Coach Pop did not authorize or desire alley-oops by his players. At least that is what Spurs fans believed because we never saw any. While some franchises were building their style and selling tickets off the oop, some franchises thought it was circus basketball. That’s funny because in fact, the term alley -oop is derived from allez-hop, the traditional cry of a French circus acrobat before he leaps.

As it was then, so it is now…the winner is entertainment. The fans love it and some feel that it can be a momentum game changer. So lets look at some plays from Thursday’s game against Philadelphia which end with a oop and/or dunk.

#1 The first dunk features a perfectly timed cut by Davis Bertans with the assist from Manu Ginobili effortlessly threading the needle.

#2 Here Jonathan Simmons passes to Kyle Anderson who drives and dishes to Joel Anthony for an earth shaking dunk.

#3 As Tony Parker starts the play, he dribbles left and swings the ball back to Bertans who makes the most subtle fake of a shot before attacking the basket for the two-handed flush.

#4 Kawhi Leonard and Simmons take off on a two man break resulting in a Simmons dunk plus the and-one.

#5 This play is all about pace as Tony brings the ball up slowly, and releases the pass from the three point line just as Dewayne Dedmon runs past Jahlil Oakafor just before elevating for the alley-oop.

#6 Simmons inbounds to Tony who goes around a Demmon pick as Dewayne releases to the basket for the alley-oop.

#7 For the final play, Simmons hands off to Bertans who feints a drive to the basket. But instead, at the foul line he puts the ball up for a perfectly timed alley-oop throw down by Joel Anthony.

So in conclusion, you just reviewed seven plays or fourteen points where a lay-in would not have worked. The show…must go on. Next up are the Nuggets, this Saturday at the AT&T Center, 8:00 PM CST.