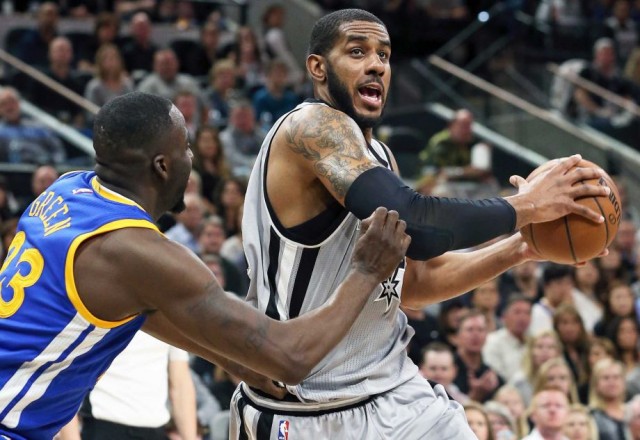 OAKLAND, Calif. — LaMarcus Aldridge’s two games against Golden State this season have been a tale of extremes.

In the Spurs’ 120-90 loss at Oracle Arena on Jan. 25, Aldridge managed a season-low five points on 2-of-9 shooting and was flummoxed by 6-foot-7 Warriors forward Draymond Green.

The Spurs All-Star bounced back two months later, scoring 26 points with 13 rebounds in an 87-79 win at the AT&T Center on March 19.

“I was just trying to be myself and take my shots,” said Aldridge, whose team faces the Warriors again Thursday in Oakland. “I did that and ended up playing well.”

The second game was more in line with Aldridge’s history against the Warriors. He averaged 26.5 points in a pair of games against them last season while with Portland.