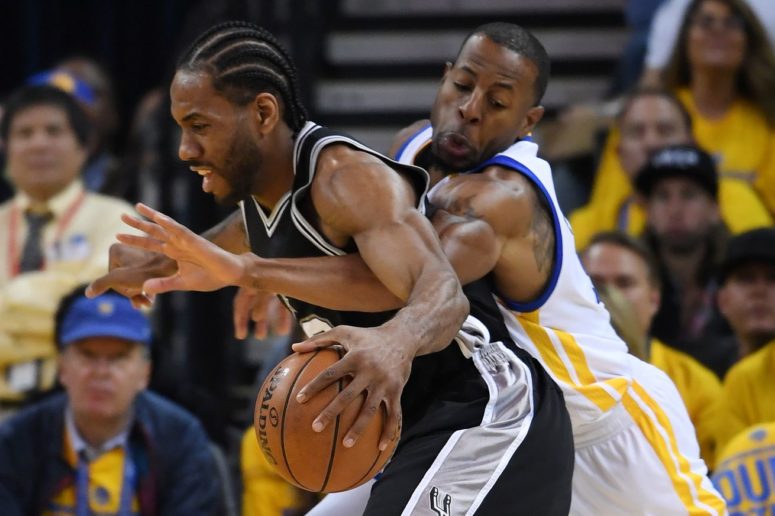 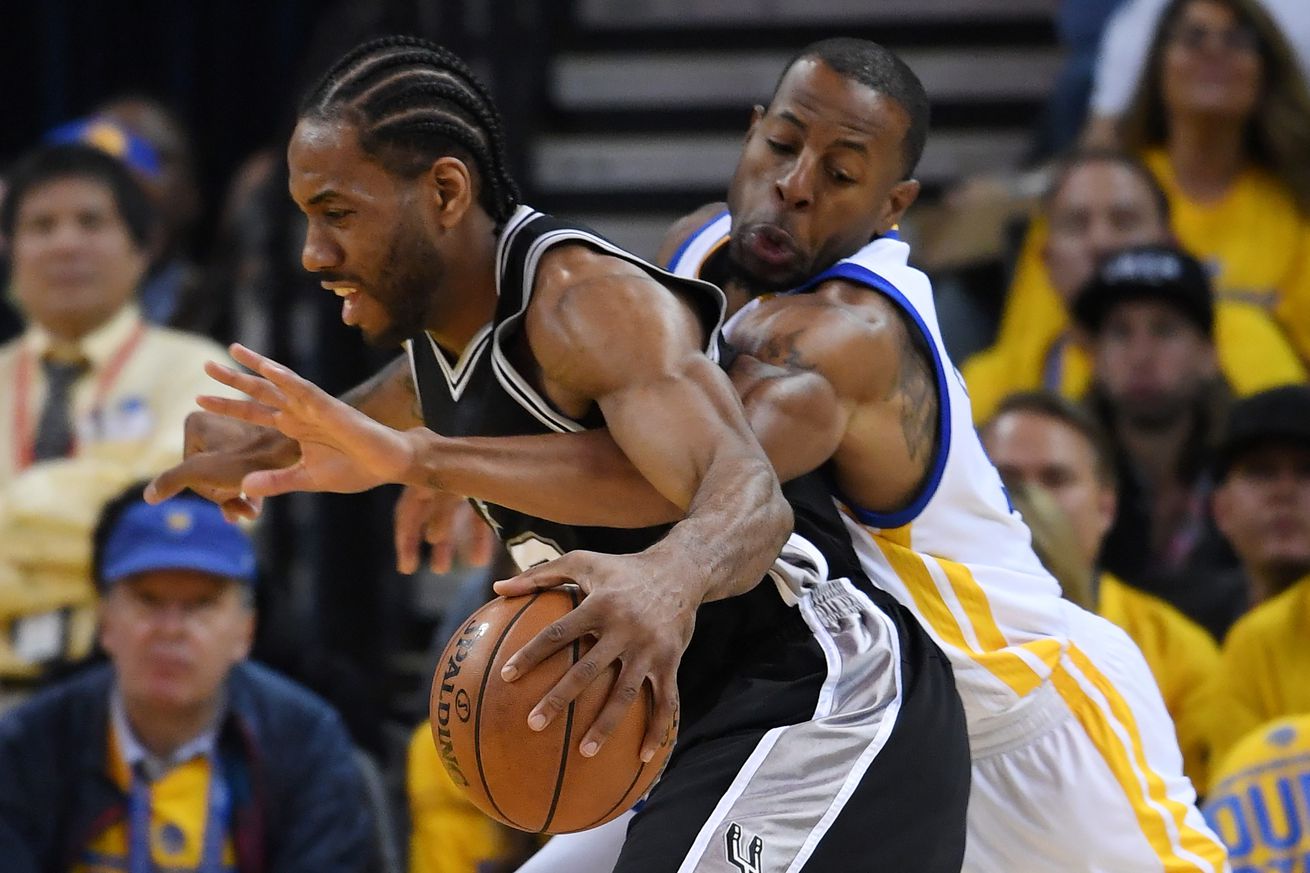 Here’s what other sites think of the Spurs heading into the 2017-2018 season.

The preseason is underway, and the Spurs will officially tip-off the 2017-2018 season in 12 days against the Minnesota Timberwolves, so it felt like a good time to roundup some season previews from other sites and get a feel for the rest of the sports world thinks about the Spurs heading into the new season.

As we get closer to tip-off Jesus Gomez will provide the official Pounding the Rock season preview, which of course is the only one that really counts, so be sure to check back for his always excellent insight!

Without further ado, here are some links to season previews from various personalities across the media world with a key quote included underneath.

Everybody keeps waiting for the Spurs to fall on their faces. There were questions about why they didn’t make big changes? Why when they went 61-21 and had the Warriors on their heels before Kawhi Leonard was hurt? There’s no reason to think they won’t be in the top two in West again.

The Spurs are rarely wrong in their decision-making, so maybe they were right in being mostly inactive this summer. And maybe their best bet is to wait at least a year before making changes to a team that should find itself among the best in the West once again.

…the Spurs still feature Leonard, arguably the game’s best two-way player, and were an ankle injury away from a 1-0 lead and home-court advantage against the Golden State Warriors in the Western Conference finals. They may be old, but I’m not about to sign their death certificate. I’ve done that too many times before to doubt the zombie army Popovich rolls out every year in Central Texas.

Even if the Spurs aren’t the 2-seed or don’t win 60 games next season (and they could), it won’t change how dangerous they’ll be. What that says about the NBA is the important thing. If you have an exceptional, MVP-level talent, a system well designed, and most important, an organization that maintains discipline, consistency and trust in the locker room, you are going to have a serious shot vs. anyone.

Except maybe the Warriors.

We know what the Spurs are going to do — defend well, move the ball, not beat themselves. San Antonio is going to have a hard time getting near that 61 win total of a year ago in a loaded West, but without the full Kawhi Leonard treatment they could slide a little further down the board. Nobody is betting on the Spurs to collapse, but did the Rockets and Thunder pass them by?

A similar core is back for the Spurs, the one that won 60 games in consecutive years. That’s Kawhi Leonard, LaMarcus Aldridge, Pau Gasol, Danny Green, Patty Mills, Manu Ginobili, and a cast of young players. There’s no additional superstar like other organizations, but as seen in recent years, the Spurs didn’t need superteam to find success.

Changing styles may mean the Spurs take a step back on defense in the regular season. The offensive upside, though, is incredible. They were one of the best teams in the NBA despite consistently taking some of the worst shots in the game. How much better could they be if they play more efficiently? Either way, the culture in San Antonio remains the same. Anderson, Murray, and Bertans have paid their dues, refined their games, and learned how to be cogs in a system. The Spurs don’t need to go outside the organization for talent. They churn out good young players every year. Why chase stars when you can develop your own? It only looks like magic from the outside.

Finally, be sure to keep an eye on SB Nation’s Limited Upside NBA Podcast over on the home page. They’ve covered 26 teams so far, and the Spurs are coming up soon.