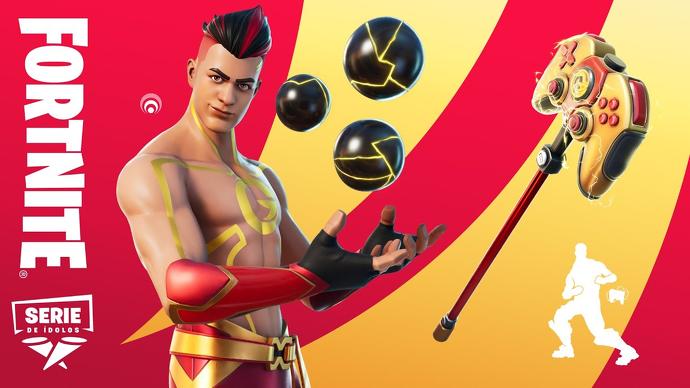 While revealing his own Fortnite skin.

At one point, total viewership to TheGrefg’s channel hit 2.4 million – nearly quadruple the record set by fellow Fortnite fan Ninja back in 2018 when he played the battle royale with rapper Drake and notched up 635,000 viewers.

(TheGrefg already beat that total once – narrowly – back in December, with a stream watched by just over the 639,000 people.)

¡Vamos!@TheGrefg now holds the record for most concurrent viewers ever on Twitch. pic.twitter.com/26VceVSJyS

TheGrefg becomes the fourth streaming “Icon” to receive their own skin in Fortnite, following Ninja, Lachlan and Loserfruit.

If you don’t care about Fortnite, this news is still notable for a couple of reasons. As a popular Spanish-language streamer, TheGrefg has been a figurehead in the long-term growth of non-English channels on the platform – something last night’s incredible record has only cemented further.

Then there’s the sheer size of the new record, which feels like it may not be totalled for some time. Watching TheGrefg last night, when it became clear he had beaten the all-time record by some margin at 1m viewers, there was a huge push online to see just how big the viewership could get. Not bad for a dead game.