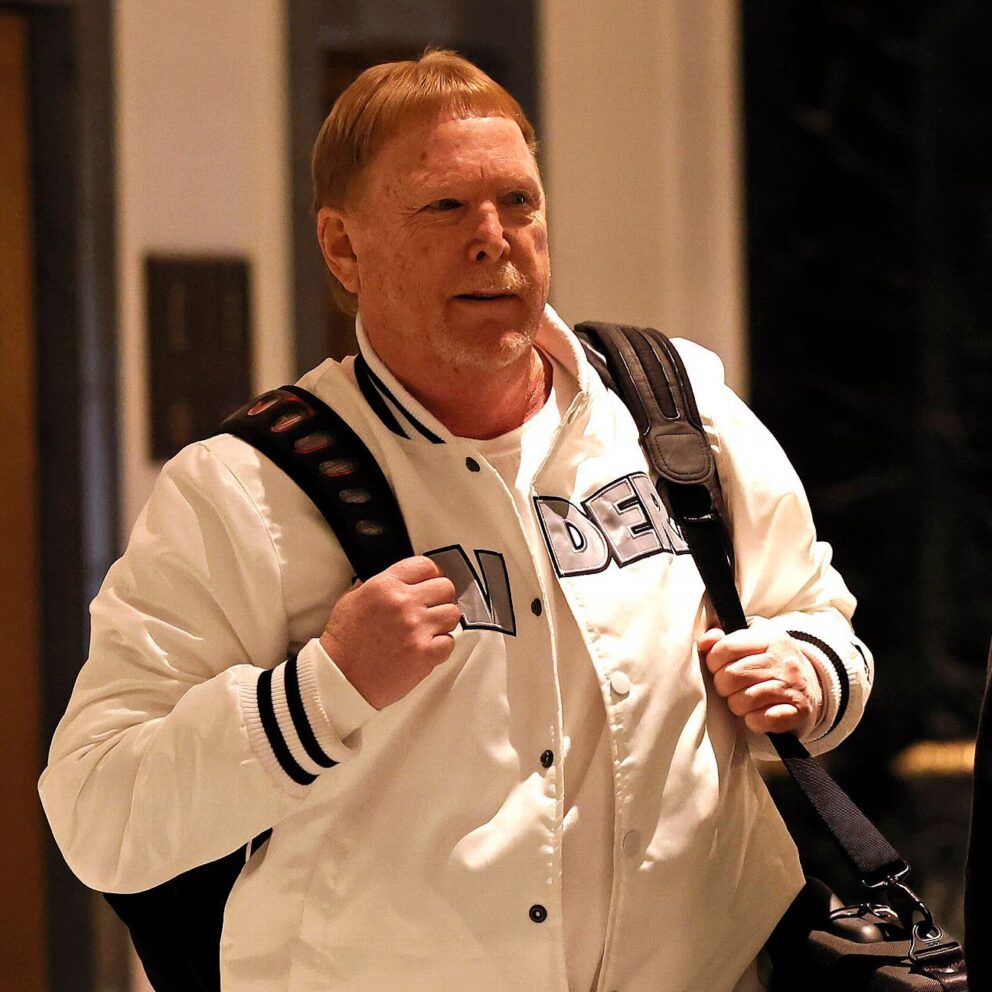 NEW YORK — Los Angeles Rams owner Stan Kroenke might be trying to back away from his promise to cover tens of millions of dollars in legal expenses related to his team’s 2016 departure from St. Louis, a revelation that angered many NFL owners when they learned of it Tuesday, sources told ESPN.

The legal update from NFL general counsel Jeff Pash, during the owners’ first in-person meeting since December 2019, stunned many in the room, according to accounts from people who were there and others briefed on the proceedings.

The Rams and other owners are embroiled in a fierce, four-year lawsuit from the St. Louis Regional Convention and Sports Complex Authority, which argues that the league broke its own relocation guidelines, misled the public on its plans to leave the city and cost the city millions in revenue. The league has lost many of its motions and was denied a hearing in the U.S. Supreme Court.

The case has entangled all 32 teams and cost millions in legal fees, which to this point have been mostly covered by Kroenke under an indemnification agreement he signed as part of the relocation. For some teams, the bills have run to eight figures.

Although Kroenke has been in discussions with the league for some time over the scope of the indemnification agreement, owners first learned of a shift in his position several hours into Tuesday’s meeting at the InterContinental New York Barclay hotel. Sources told ESPN that executives for each team were asked to leave the room; only owners, representatives for teams that didn’t send owners and senior league executives remained.

Pash delivered a lengthy update on the lawsuit, including the league’s latest argument that the trial set for January should be moved out of St. Louis in order to get an impartial jury.

Sources told ESPN that Kroenke then stood and told the room that he has invested in the league and done everything that the league has asked him to do. He apologized for the ongoing lawsuit but argued that it wasn’t his fault.

Kroenke took a few questions from the room. Dallas Cowboys owner Jerry Jones, a fierce Kroenke advocate who championed the relocation and helped push it over the finish line during a contentious vote in January 2016, told the room that Kroenke had done a lot for the league.

Then, in an unusual move, Goodell asked Kroenke to leave the room, sources told ESPN. He did.

That’s when Pash told the room that the league was notified by Kroenke’s attorneys that Kroenke is challenging the indemnification agreement that all three teams involved in the L.A. derby in 2016 — the Rams, Chargers and Raiders — signed on the morning of the vote.

Over the years, teams have been required to provide eight years of phone records and emails for discovery. This past summer, St. Louis Circuit Judge Christopher McGraugh ordered Kroenke and five other owners to provide financial records to help a jury determine potential damages. Earlier in October, McGraugh fined Clark Hunt of the Kansas City Chiefs, John Mara of the New York Giants, Robert Kraft of the New England Patriots and the Cowboys’ Jones for failing to provide full records. Kroenke has been footing almost all the bills.

Sources said the room seemed stunned by Pash’s update on Kroenke’s view of the indemnification agreement.

Jones spoke and reminded his colleagues that Kroenke has been a good partner, engineering the league’s return to Los Angeles after 22 years away and building a stadium that some involved in its construction refer to as “our $6 billion stadium.”

Next came Kraft, who sources said seemed to speak for many in the room that Kroenke’s position was unfair. He mentioned all the legal hassle he had gone through. In 2016, he had served on a six-person L.A. committee. He argued that if providing financial records as a result of lawsuits would be a consequence of serving on league committees, it would dissuade other owners from wanting to be on committees and making consequential decisions for the league.

Raiders owner Mark Davis reminded the room that, in 2016, the L.A. committee recommended a rival Raiders-Chargers stadium project in Carson, California, by a 5-1 vote over Kroenke’s project in Inglewood.

Mara spoke next and said that Kroenke’s change in position was ridiculous and that if Kroenke had not agreed to indemnify the league, the owners wouldn’t have voted for him to move. He said anyone who was in the room in Houston when the vote was taken would know that.

The sources said Jones argued that he has been dealing with the legal issues, too, and indicated that the problems were not the fault of Kroenke or the league but were because one owner’s deposition was shaky. That owner’s name was not mentioned.

But in 2019, an ESPN report on the Rams-Chargers marriage detailed that discovery in the lawsuit had turned up an email from an official affiliated with the competing Carson proposal that outlined to St. Louis authorities all the ways the Rams seemed to be in violation of the league’s relocation policy, providing a blueprint for the city of St. Louis’ lawsuit.

A source close to Kroenke says now that the Rams owner believes that some of the legal issues arise from that email and that after building the stadium and agreeing to house the Chargers as a tenant for $1 a year, he shouldn’t be responsible for all legal fees.

Jones and Pash had a brief back-and-forth, then Jones asked Pash whether Kroenke had tried to settle the lawsuit.

Pash replied that he had, sources told ESPN. Jones indicated that Kroenke’s settlement figure was billions of dollars. Pash refused to confirm the figure — a source with direct knowledge of the situation told ESPN it was less than a billion — but told those in the meeting that it was more than the net worth of some in the room.

Jim Irsay of the Indianapolis Colts said the owners should call Kroenke back into the room to answer questions from the membership. Jones argued that Kroenke shouldn’t do so without an attorney.

Art Rooney II of the Pittsburgh Steelers said lawyers should handle all these issues. Mara then reiterated that nobody in the room would have voted for Kroenke to move if not for the full indemnification.

At one point, sources told ESPN, Jones seemed to indicate that Kroenke might sue the league over the indemnification agreement. Jones mentioned that, in 1995, the league sued him over sponsorship deals and he countersued.

The St. Louis lawsuit, currently in discovery phase, is due for trial on Jan. 10 — weeks before Kroenke’s SoFi Stadium hosts the Super Bowl.

Other topics during the owners-only session included a discussion about the emails that have been released recently concerning the Washington Football Team workplace misconduct investigation.

Davis, who accepted Jon Gruden’s resignation after emails from 2011 showed that the coach had used racist, anti-gay and misogynistic language, asked Goodell why he had learned of the emails only right before they were made public.