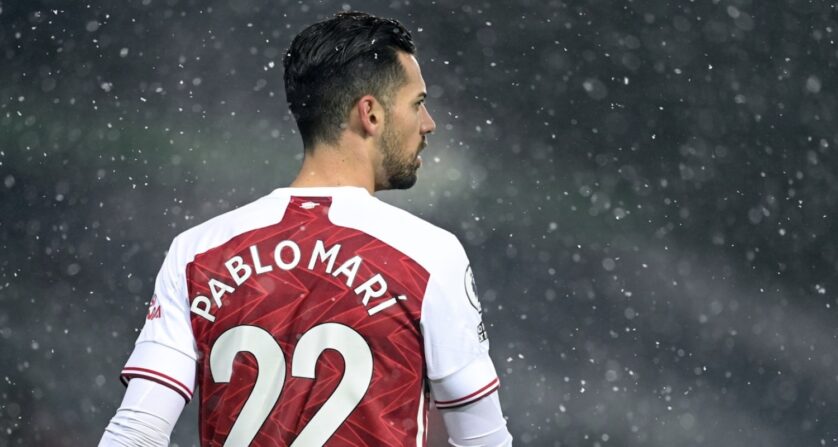 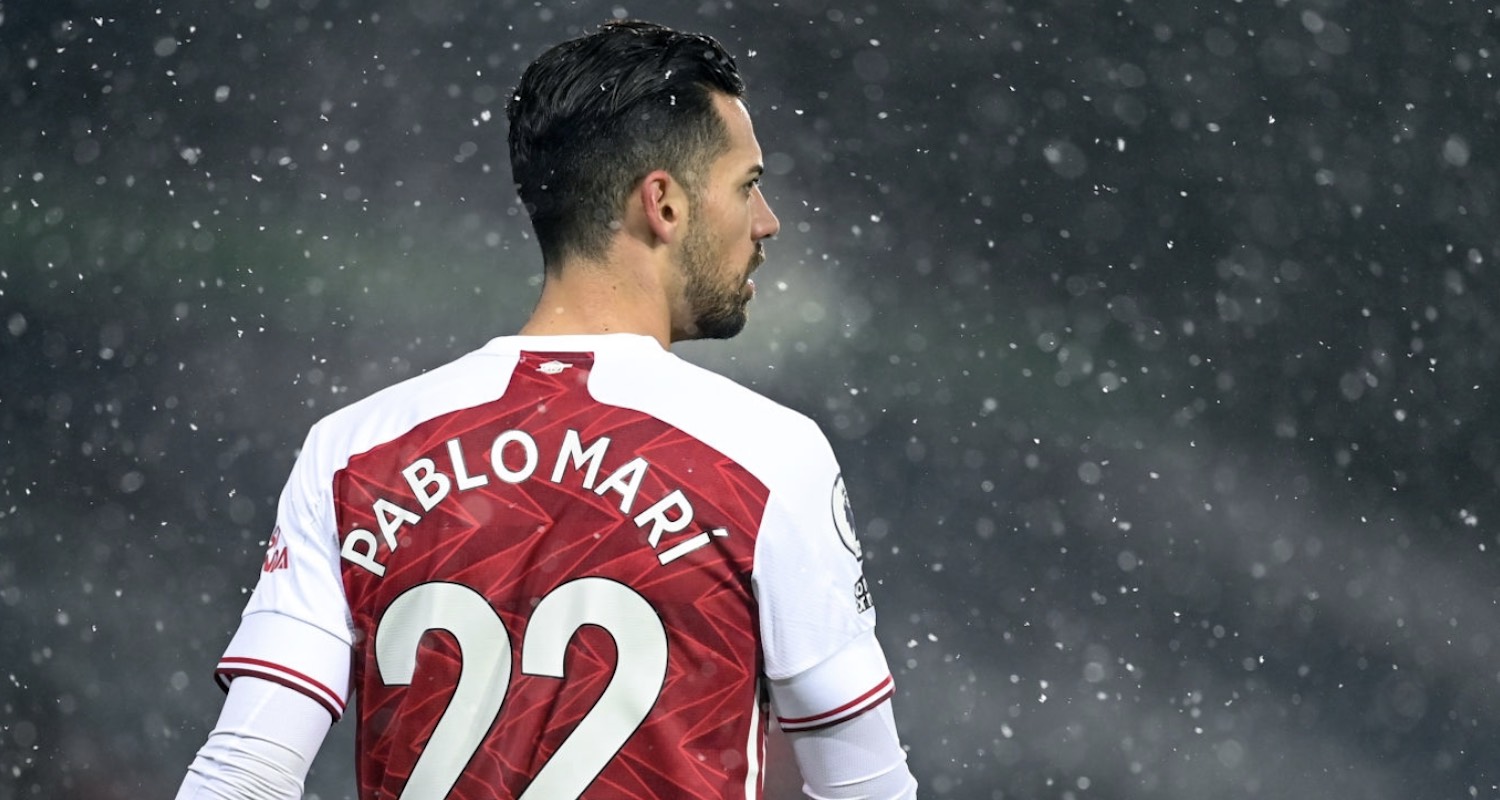 Morning all. Hope you had a nice weekend. Arsenal winning always helps in that regard.

Mikel Arteta has spoke a bit about Pablo Mari after his recent reemergence into the first team, after a long spell out with injury. The door was obviously opened by Gabriel’s red card and subsequent self-isolation after close contact with Covid-19, but in the four games he’s played Arsenal have won four and conceded just one goal.

We had to throw him in because we had some injuries and suspensions, it probably wasn’t really fair for him because he’s missed a lot of football in the last year. But he’s a leader, he’s someone that trains really hard, he’s a professional, a great communicator on the pitch and he gives you some security and stability.

I’m always super-cautious about focusing on individuals when it comes to things like this, because it’s not just down to Pablo Mari that we’ve done that. Has he contributed? Of course he has, but it’s not like he’s some kind of magic man or good luck charm. One player can play amazingly, but without the rest of the team doing their bit, it’s not going to make the difference at this level.

Remember, when Shkodran Mustafi first arrived we went on a 19 game unbeaten run that people were keen to attribute in large part to his arrival from Valencia. We know how that turned out in the long run. Which isn’t to say that Mari is gonna be Mustafi, but let’s use some common sense when we talk about the impact players have, especially this early in their Arsenal careers.

Brighton was just his sixth appearance of the season, and only his 9th since joining the club from Flamengo last January. Obviously he’s had a weird time of it, with lockdown, then suffering an injury just afterwards, then a setback which cost him another 6 weeks or so on the sidelines, so it’s been a far from normal adaptation period at a new club.

When you look at him, it’s hard not to see similarities with Per Mertesacker. The height is a key part obviously, and with the best will in the world, he’s never going to be the quickest or sharpest on the turn. However, generally speaking his positioning is very good, which helps make up for that.

I’ve been watching him closely in these games, and there are areas where he appears to be really strong. In the three Premier League games he completed 100% of his clearances in each game, in no small part because of his positioning in our box, and his reading of the game has contributed to the 34 interceptions he’s made in the six appearances he’s made.

His height is a real positive for us, because we’ve been a team of relatively ‘short’ central defenders for a long time, and generally his passing is fine. Where I do have some concerns – beyond the speed/mobility which I think will get exposed from time to time – is his long passing. The stats aren’t great, completing just 50% of his long passes so far this season. You can live with that a bit as they tend to be a bit more ambitious/difficult, and David Luiz, someone we consider an excellent long passer, is at 49% (although I think Luiz tries a few too many). I also think he could be a bit stronger in the aerial duels between our penalty box and halfway.

With regards to the long passing, I think it’d be reasonable at this point to put it down to rustiness. Having barely played in a year, then played four games in a couple of weeks, there’s a fatigue element to take into account too. In his profile of him when he signed, Tim Stillman highlighted ‘long or diagonal passes with that left-foot‘ as a strength in his game, and so far we haven’t really seen that, he hasn’t found his range. I’ve seen him spot the ball over the top, or the player he wants to spread it to, but not quite execute it. Hopefully that’s something which will improve, but it’s a case of so far so good for the Spaniard – again acknowledging the sample size is really small.

It seems clear now that the presence of Mari, along with Gabriel, indicates that the manager wants a left-footed centre-half available to him at all times. On the right we have Rob Holding, who is about to sign a new contract, and a group of players whose futures lie elsewhere. Sokratis is set to leave this month; I’m hopeful that Shkodran Mustafi’s absence from the squad on Saturday means he’s potentially on his way before the end of this window too; Luiz is out of contract at the end of the season; Calum Chambers’ injury problems mean he’s got some serious work to do to convince and work his way back into contention; and it’s hard to see a way back for Dinos Mavropanos who has appeared in just 6 of Stuttgart’s 17 games this season and has yet to complete 90 minutes in any of them.

We also have William Saliba out on loan, he’s played a couple of games now for Nice which will be pleasing to Arteta as the more he develops there the better off he and we will be. Speaking about what he wants from his defence, Arteta said last week:

I just want a really strong core of defenders, central defenders, four to five. And then you generate the competition and the cohesion between them which is really necessary. A back four needs that cohesion and that regularity of minutes to play and understand each other, improve the communication and improve relationships. We haven’t managed to do that in the last period but now we’ve done it in the last three games, for example.

There are rumours that a right-sided centre-half is high on our recruitment agenda, not now but in the summer, but it’ll be interesting to see if Saliba’s performances and the scouting reports we receive change that. Remember, he was a £28m investment, so there’s a need to try and make that work. If we can save ourselves significant outlay in that position in order to bolster the squad in midfield and attack, then that would be the ideal outcome.

It’s an area in which the squad has been incredibly bloated of late, but it’s now much easier to see where you can trim the fat, so to speak, and see who should be involved as we look to rebuild for next season.

As ever, James and I will be recording an Arsecast Extra for you later this morning. As ever if you have questions or topics for discussion, send to @gunnerblog and @arseblog on Twitter with the hashtag #arsecastextra – or if you’re on Arseblog Member on Patreon, leave your question in the #arsecast-extra-questions channel on our Discord server.

Pod should be out before lunch, until then, take it easy.