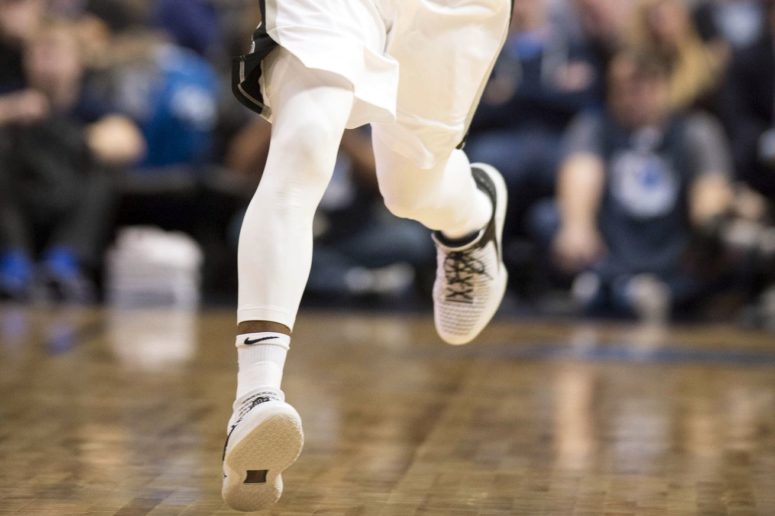 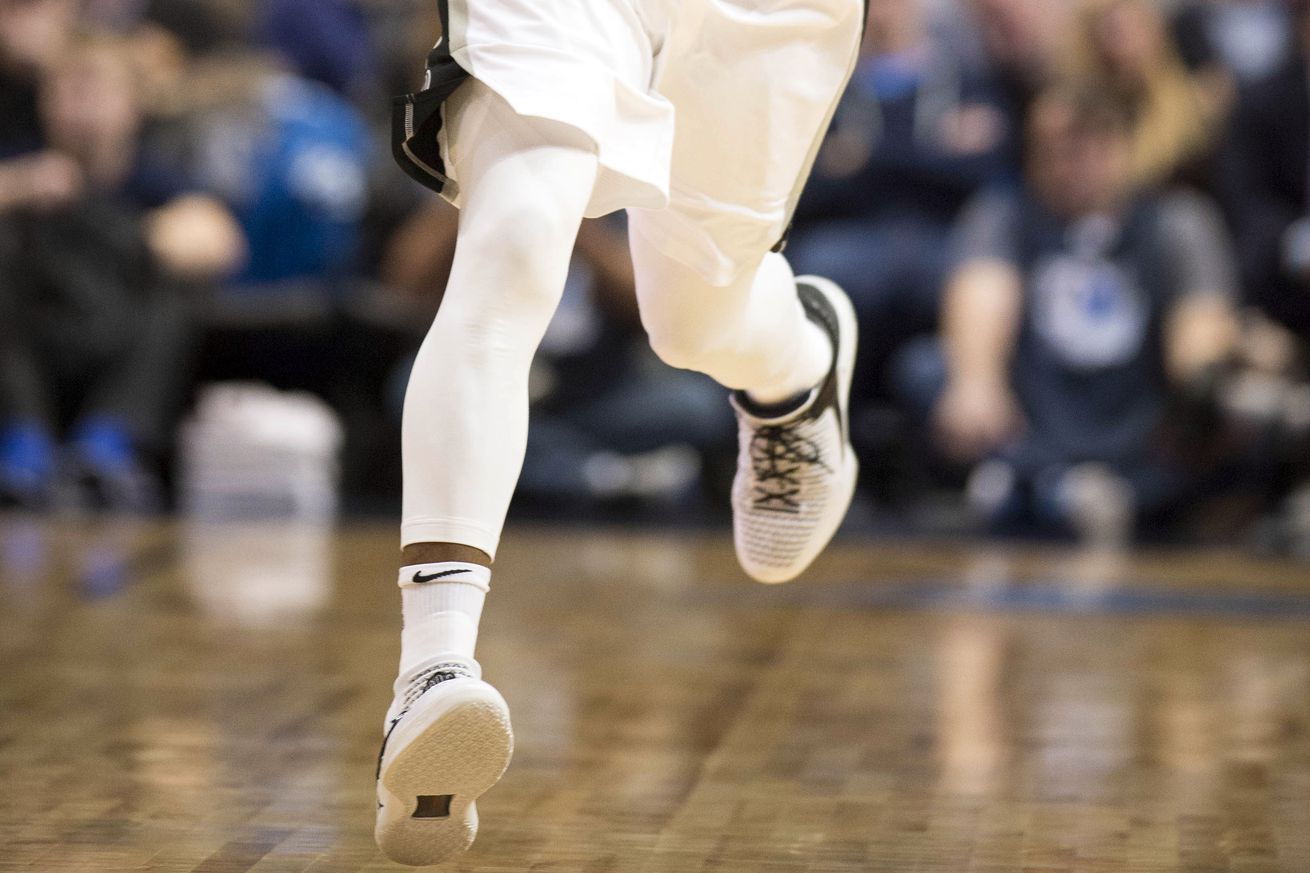 Kawhi Wears an unexpected version of Jordans in his season debut

[Editor’s Note: In a series that’s new this year, PtR will be tracking the shoes and uniforms the Spurs wear through the season. Starting with Kawhi Leonard. I hope you enjoy. -J.R. Wilco]

While most basketball fans were focused on Kawhi Leonard’s play in his Spurs season debut on Tuesday night, his first game of the year also gave fans a look at the new kicks he will probably have in his shoe rotation the rest of the year: the low-top Air Jordan XXXII.

In a departure from the high-top Jordans fans have become accustomed to seeing on his feet over the years, Leonard opted for a clean low-top look. It was the first low-top Look Leonard has ever sported and the first time he’s worn the XXXII in a game. Talk about a debut.

After watching Leonard roll his ankle last spring in playoff series’ against both the Houston Rocket and Golden State Warriors, the low-top feels like a risky option. However, without being a Spurs doctor, a sneaker designer, an ankle specialist (or Leonard himself) it would be downright foolish to think Leonard hadn’t put plenty of thought into which shoes he would wear in his first game back — not to mention that they looked quite fresh.

In another surprise, Leonard sported long, white tights underneath his shorts, perhaps for the first time in his career. Is it related to his quad injury? Was the gym cold? Is it just his new look? Will the arm sleeve he wore on media day going to make an appearance as well?

As far as league superstars go, Leonard has mostly stuck to understated and consistent. However, his return Tuesday night could potentially mark a shift in his game gear. Or, maybe it will be the same Kawhi people have grown to love, but with some extra injury-related padding.

Overall, Leonard’s shoe game has been greatly missed. Not every pair of Jordans are a smash hit, but if Leonard works himself back to an MVP-level of play, the low-top Jordan XXXII in Spurs’ silver, black and white are sure to be a hot commodity.