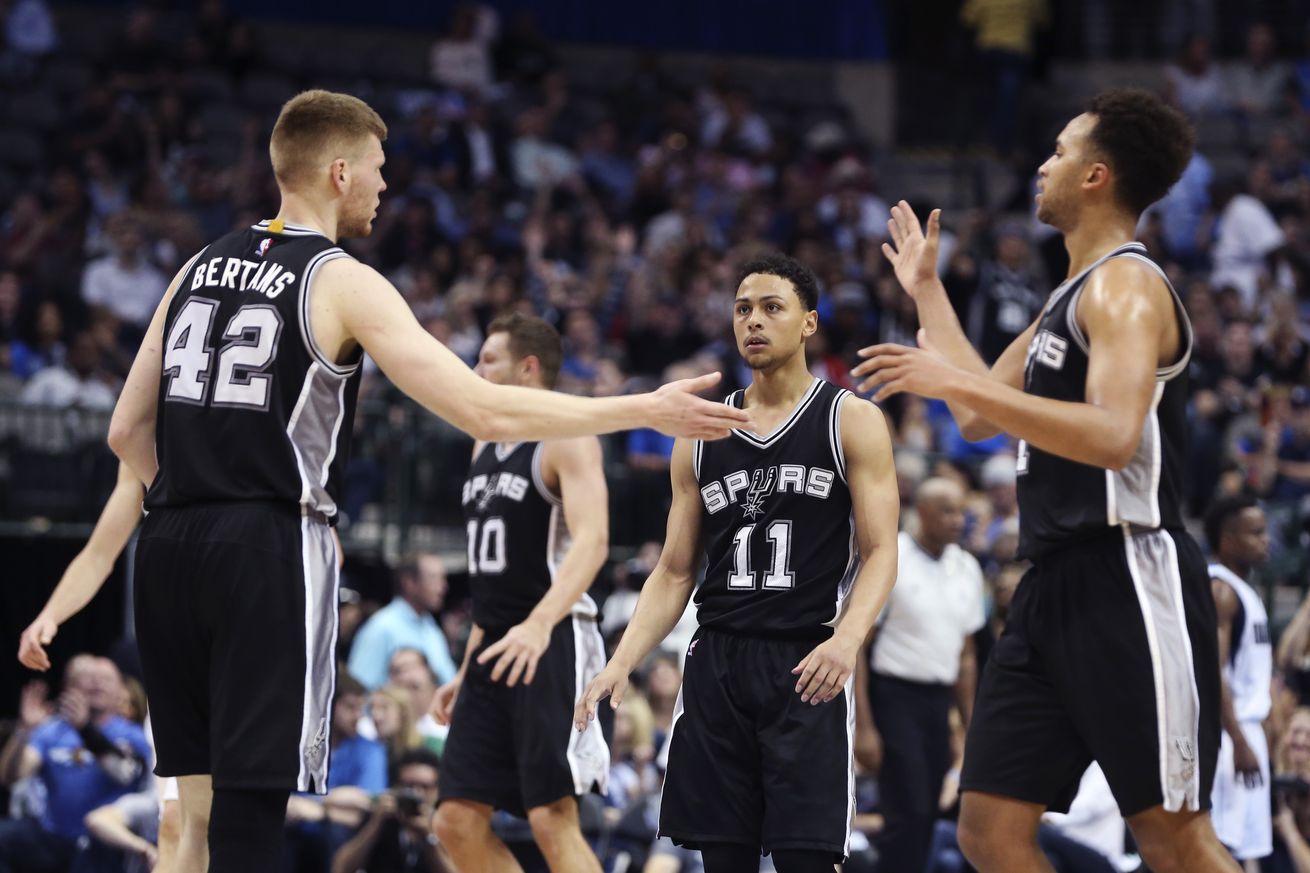 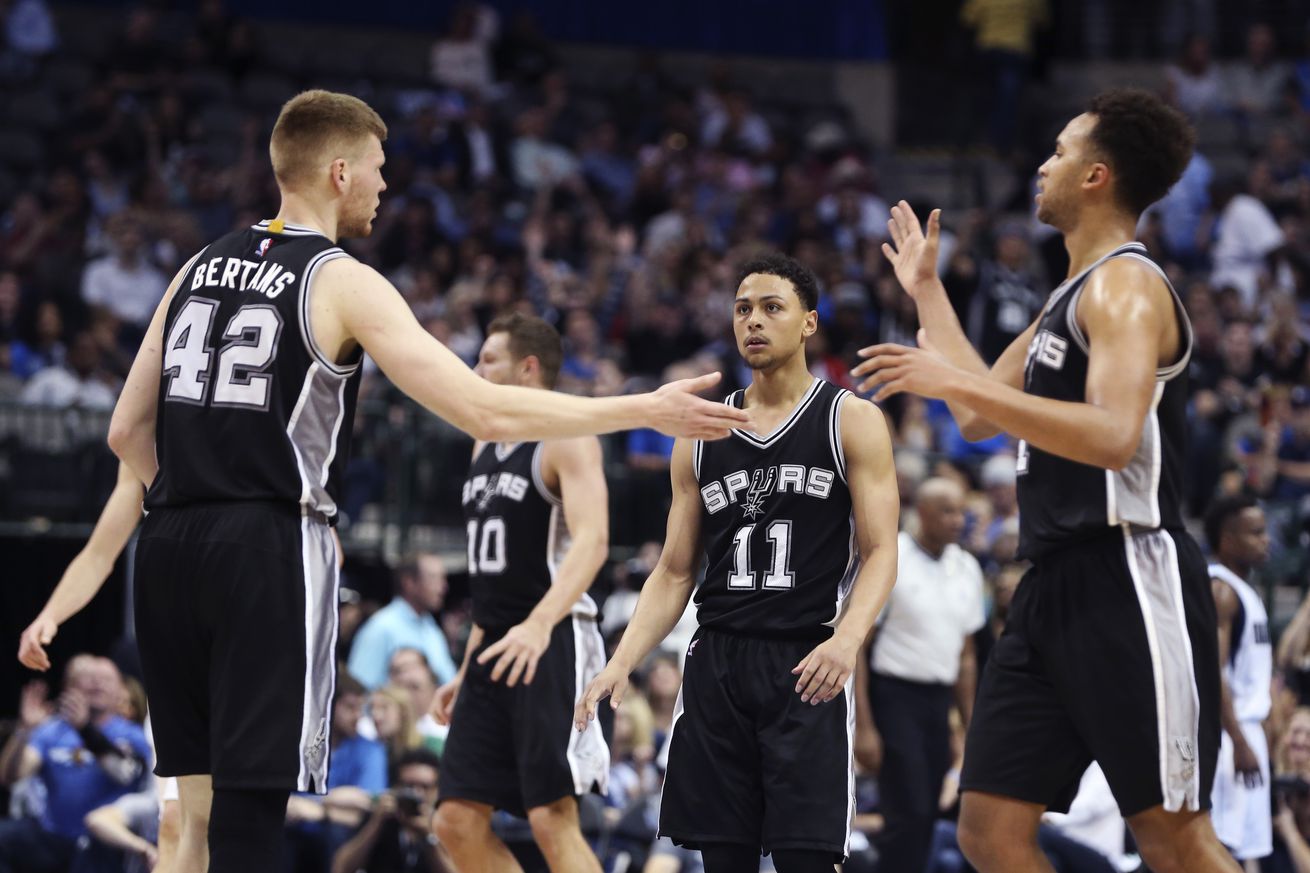 Brace yourself for a very serious recap.

Funny story: I missed the most important Spurs-Mavericks game of all time. It was Game 7 of their semifinal series in 2006 and because of stupid scheduling, I had to be on a plane from San Francisco to San Diego during the second half and overtime. I’ve been meaning to watch it, but I’ve been busy. No spoilers, please.

They won anyway (of course they did) with Bryn Forbes, who’s making $543,471 this season, singlehandedly outscoring $64,262,588 worth of Mark Cuban’s largesse 27-22, though to be fair Forbes did attempt two more shots than Dirk Nowitzki, Harrison Barnes and Wes Matthews combined.

Yeah, the Mavericks, with their off-season imminent, weren’t taking the game terribly serious either. The two guys who logged the most floor time for them were Dorian Finney-Smith and Yogi Ferrell, just like we all figured back in October. Meanwhile, Jonathon Simmons and Davis Bertans had 38 minutes apiece of corporal punishment for the Spurs.

So, we’re left with two choices here. We can either analyze the importance of statistical minutiae like this

Bryn Forbes is the first Spurs rookie to score 20+ in a half since Tim Duncan in 1998. pic.twitter.com/KyA93LkSH4

oh and also this

and use this information to provide context as to whether Forbes deserves important playoff minutes ahead of Simmons or Kyle Anderson (or The Wee Frenchman, amirite?)…

Or we can dismiss this trifle of a game entirely and have some fun.

Now, I don’t really watch or pay attention to any of the sports debate shows anymore, but one of my daily habits is to listen to “The Dan Le Batard Show” every day. They don’t take sports too seriously and their sense of humor just works for me, even though I don’t always agree with Le Batard’s opinions.

One bit the show does every March around the NCAA tournament is their “looks like” game, where listeners send them who people in the world of sports resemble. For example:

Tom Thibodeau looks like the guy in an antacid commercial uncomfortably eating a chili dog while pulling at his collar for relief.

Jeff Van Gundy looks like the Queen of Hearts.

Joey Crawford looks like an animated turtle walking around without his shell.

Mark Cuban looks like a Roman senator who conspired against Caesar.

Stan Van Gundy looks like a cartoon chef you find on a generic pizza box.

Klay Thompson looks like the doorman at a fancy hotel.

And so on… you can find other examples from the past three years here, here and here. As it happens, our very own Gregg Popovich was the dinner of the 2017 tournament since he was the 1-seed and represented by North Carolina, who beat Gonzaga in a godawful championship game last Monday. Here was the winning entry:

Gregg Popovich looks like the guy in the nursing home, in the wheelchair, who tries to bite people when they walk by.

My god, that’s perfect. No one’s topping that.

With that written, here are my humble submissions for Spurs “Looks Likes.” Enjoy.