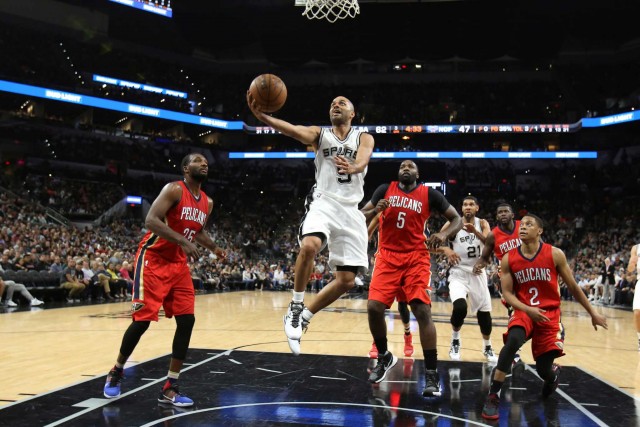 The seeds for this were planted in July, first when All-Star forward LaMarcus Aldridge agreed to sign with the Spurs.

Then came another All-Star, David West, at a $12 million discount.

Tim Duncan, Kawhi Leonard, Manu Ginobili and Danny Green re-signed in suit, and the Spurs began the season with a star-studded roster and outsized expectations.

Sixty-three wins and counting later, the Spurs say they haven’t accomplished anything yet.

“I don’t think about trying to have a good regular season, or how many games we win,” Spurs point guard Tony Parker said. “It doesn’t matter, really. At the end of the day, the only thing you remember is how many championships you won.”

By some measures, this is closing in on the best season in Spurs history.

With their 64th victory, which could come as early as Saturday against Toronto, the Spurs will break the club record set by the 2005-06 team.