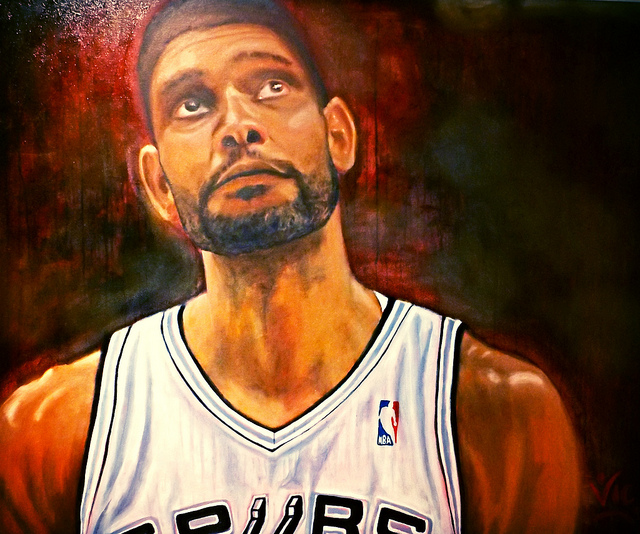 David Blancas is a local San Antonio artist who is a huge Spurs fan and was so inspired by the team he painted several portraits to include Tony Parker, Danny Green and Coach Pop. David Blancas has very unique art style that makes for some stunning visuals. You can see more of David Blancas art this Saturday at The Paint Yard from 1-8pm at the free event know as Lone Star Wars. This event will showcase one of a kind Star Wars artwork done by both David Blancas and the amazing artist of The Paint Yard to include Nik Soupe & Scotch.

The most recent artist I also had the pleasure of meeting is Victor De La Fuente. This die-hard Spurs fan unique portraits of the Spurs are breathtaking. Victor De La Fuente is able to capture the emotion of the players and translate that to canvas. He painted portraits of popular Spurs players Kawhi Leonard, Tony Parker and Manu Ginobili. Recently Victor De La Fuente had his art featured in a story on Mysa.com by journalist Madalyn Mendoza. For more information on local San Antonio artist Vic De La Fuente go to his website  www.victordelafuente.com