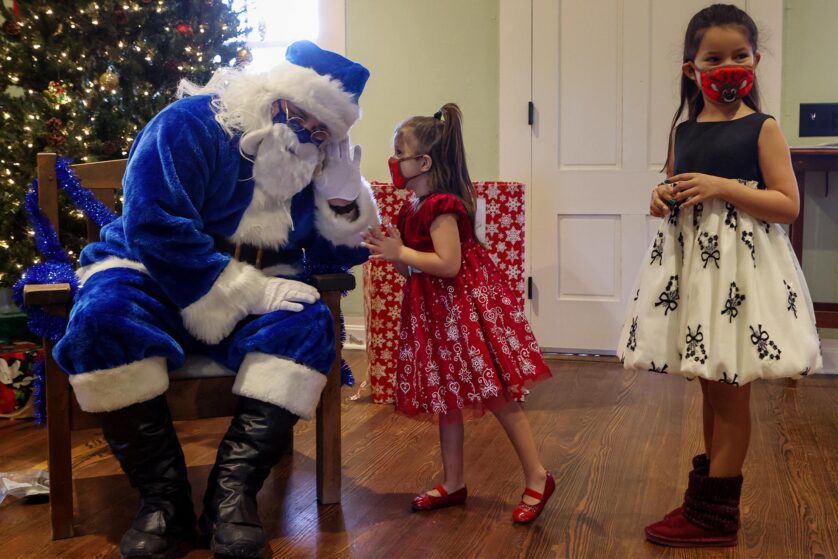 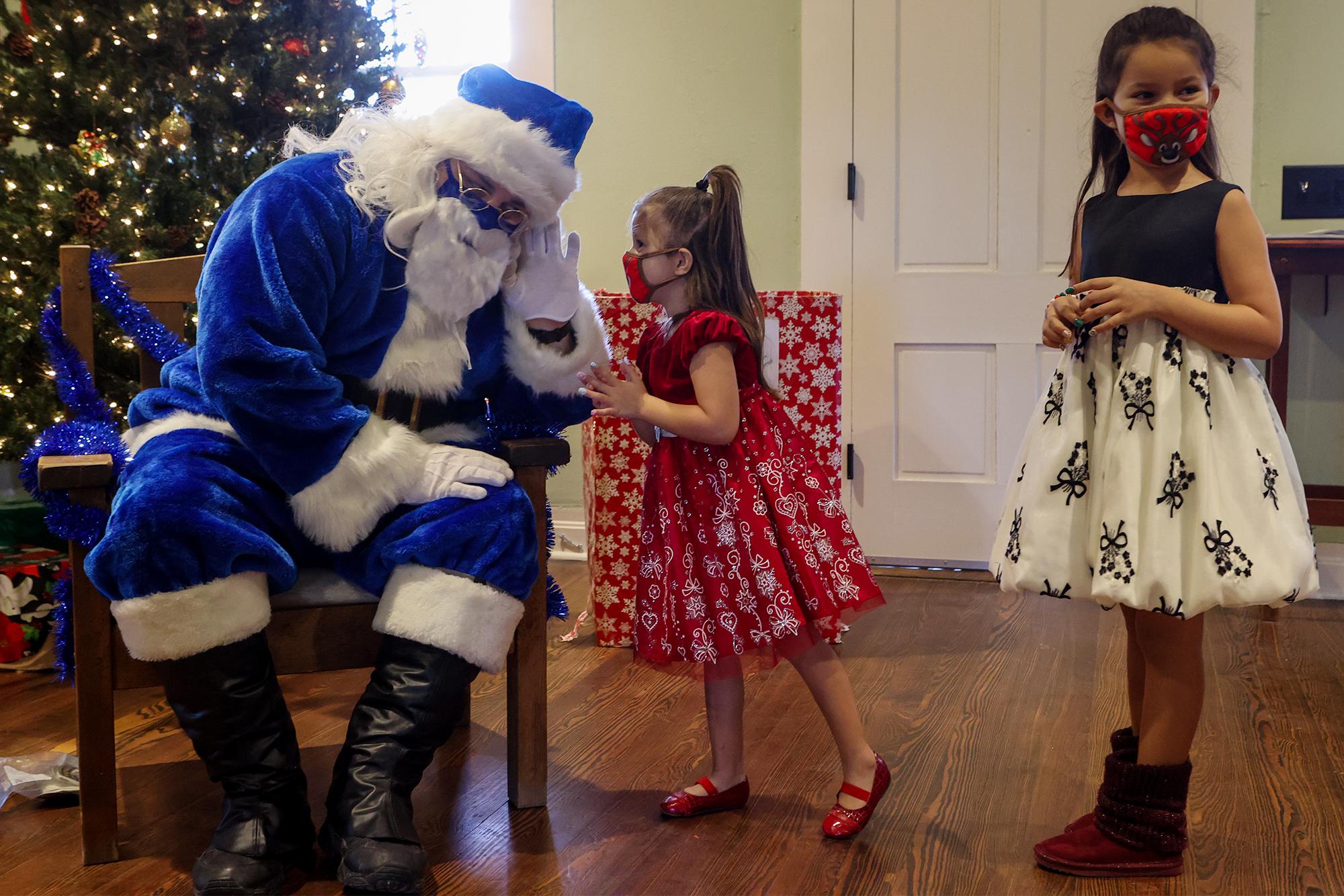 It was Blue Santa, badges and oatmeal raisin cookies on Saturday at the Historic John S. Harrison House in Selma, where the police department sponsored its first-ever “Christmas Cookies With a Cop” event.

Uniformed and plain-clothes police officers mingled with guests who took time away from holiday preparations and the final weekend of Christmas shopping to visit Santa and share a few words with the city’s officers.

“This was our first year doing this,” said Selma Police Cpl. Stefanie Casias. “The idea is just to get the community involved in meeting police officers and having kids come to us, ask questions and get to know us.”

Children waited in line to talk to Santa — some obviously perplexed by the blue, instead of a red, Santa. But a Santa’s knee is a Santa’s knee, and children cozied up to the bearded, portly fellow. The children were all-too-anxious to tell him what they wanted for Christmas, with their parents eavesdropping nearby.

The Harrison House kitchen was staffed by festively dressed “cookie hostesses” who made sure everyone who entered on Saturday emerged with their choices of chocolate chip, oatmeal raisin or white chocolate macadamia cookies. Hot cocoa was the drink of the day.

“Officers will come and go today. You’ll see a lot of us in plain clothes that work with CID. We’ll have officers in uniform coming in, with their cars parked just outside,” Casias said. “Kids like cops. It’s a great opportunity for them to learn not to be afraid of us, and that we’re ‘normal’ people, too.”

Garden Ridge resident Bob Vesseliza brought grandson Malcolm Lodge Jr. to see Santa. While enjoying cookies and hot cocoa on the Harrison House’s expansive porch, Malcolm seemed to enjoy the porch rocking chair as much as he did the cookies. His grandfather asked him what he wanted for Christmas, and Malcolm said he wanted a toy train and a big telescope. “I like seeing the planets,” the youth said before running inside for Story Time with Santa’s Elves.

Jackie Wagner, whose husband Robert Wagner works for Selma, stood nearby while children Keely, 8, and Kasen, 5, watched intently as stories were being read in the adjacent room. This was Wagner’s first time being back to the area since the Harrison House had been developed.

“We have not been here before,” she said of the restored Harrison House, as the family currently resides in New Braunfels. “When we were first married, we lived in a house right behind here, so we saw it before it was rebuilt and redone. When (husband Robert) said this was being held at the house, we wanted to come see it again and see what had been done with it.”

Even with her husband on the Selma police force, Wagner said even one of her children had a pressing question to ask her. “Our little one (Kasen) asked, ‘Santa, why are you blue?’”

Blue Santa is an outreach effort by police departments that hold events like Saturday’s “Christmas Cookies With a Cop” as a toy and gift fundraiser for needy families and children.