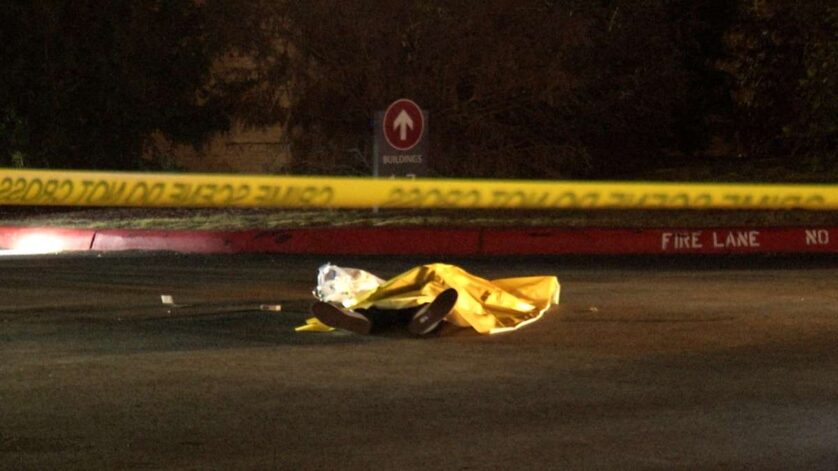 A physical altercation between two roommates led to the death of one of the men Sunday night near the University of Texas at San Antonio, according to police.

San Antonio police were called to the Tetro Student Village Apartments, located at 7023 N. Loop 1604, around 10 p.m. for the incident. Police said two male roommates got into a fight in their apartment that made its way into the apartment complex’s parking lot.

When police arrived, they found a 20-year-old man standing by the curb and a 30-year-old man on the ground in a pool of blood with severe injuries to his head, officials at the scene said.

The 20-year-old told police was acting in self defense when he hit his roommate in the face. The 30-year-old then fell onto the pavement.

Officers do not believe weapons were involved.

The injured roommate was taken to the hospital but was pronounced dead upon arrival.

Police questioned the other man but no charges have been filed.