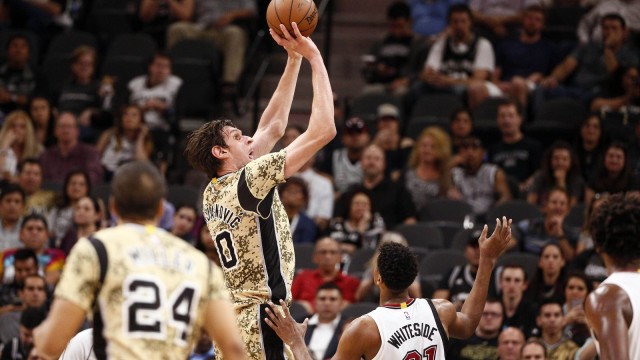 Both the Spurs and the Heat had sort of a weird stat on Wednesday. They both had one starter in double-figures (Leonard for the Spurs, Wade for the Heat), and all other double-figure scorers came off the bench. This speaks to the nature of Wednesday’s game, which featured plenty of garbage time, giving bench players more time to shine. But it speaks even more to the depth that these two teams have. Both squads have so many guys on the bench that make a significant impact.

The difference between the two teams is that the Heat only used 9 of their players, while the Spurs used all 13 available guys for the night. Of those 13, all but one scored — and that was Andre Miller who was too busy setting up everyone else with his passing.

In the NBA, depth matters. When a team’s best players sit out, are injured, or aren’t playing up to standard; there has to be a next man ready to go. The Warriors won last season’s NBA Finals in part because of their bench, which boasted the best point-differential of all reserve units. The Cleveland Cavaliers took the Warriors to 6 games in those Finals because guys stepped up when Kevin Love and Kyrie Irving got injured in that postseason. Tristan Thompson cleaned the boards and played with such motor and physicality that they gave him a near-max contract for it. Matthew Dellavaedova became the…Read More