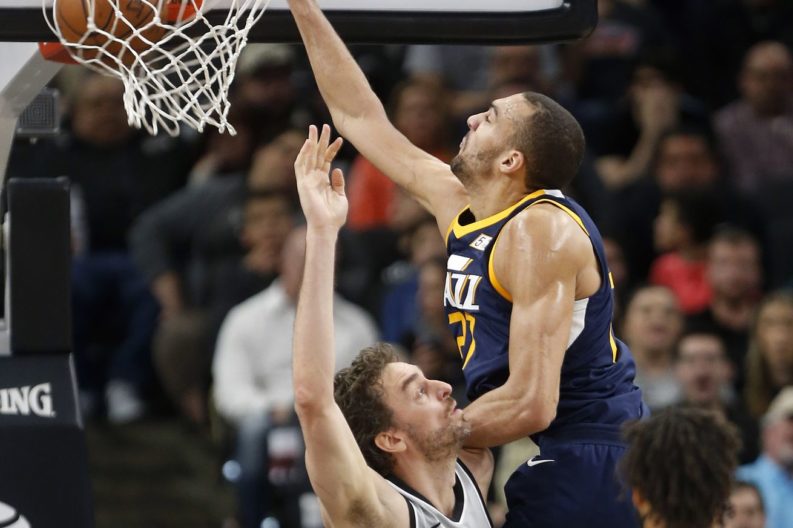 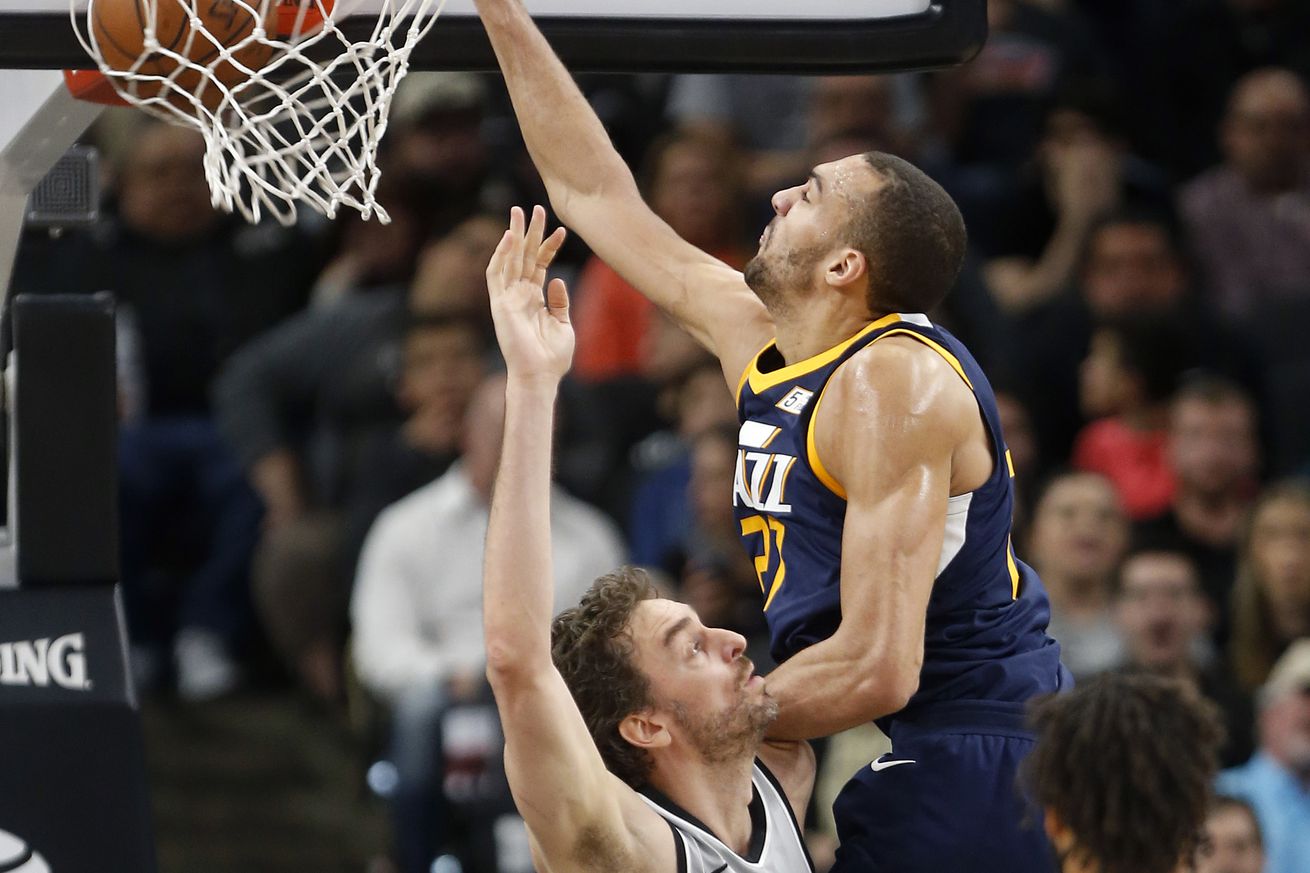 In their current injured state, this is who the Spurs are right now: a flawed team with a struggling offense who drops home games left and right.

If you’ve been watching the Spurs lately, then you know how Saturday’s game against the Utah Jazz went: San Antonio played behind for nearly the entire night as their offense struggled to put points on the board and their defense alternated between excellent stops and giving up easy buckets, but they battled back valiantly late in the game to pull within 3 before turnovers and poor execution ended the comeback attempt.

So, after losing just 3 home games in their first 23 contests in the AT&T Center this season, the Spurs have lost 3 of their last 5 — and it feels every bit as bad as that sounds. Without the offense of Kawhi Leonard and Rudy Gay the league knows what the Spurs want to do, and they just can’t score enough points to win games against anything resembling a quality team. Get well, guys. They need you out there.

This play is the game (and maybe the season) in microcosm:

Here’s this game in a nutshell, maybe the entire season: great effort, doing everything right, but can’t get the ball to go down. pic.twitter.com/IcGTOJVrjp

I hate it when the Spurs come out scoring easily, get a nice lead, and then proceed to hemorrhage points while going into a deep scoring drought. The Spurs went from up 6 to down 10 in less than 4 minutes — and since they ended up losing by 11, that single early-first-quarter lapse was essentially the game.

Ho hum, it was another 30+ point game from LaMarcus Aldridge: 31 on 12-19 with 5 boards and 3 helpers in 34 minutes. But what I want to draw attention to is his understated defensive savvy. Sometimes you watch defenders play and just by the way they move you can tell they’re affecting the offensive player’s shot. Then there are guys like Aldridge who are playing good positional defense, don’t look to be pressuring anything, yet somehow make blocks and deflections all game long. I can’t say enough good things about LMA this season.

Dejounte Murray’s jumper looks so clean when it goes in. Of course, it also often looks clean when it misses badly. But my point here is that when his motion is sound and he’s under control, I no longer dislike him taking jump shots from the elbow and closer. His hard work is starting to pay off.

Maybe this will last, and maybe the league just hasn’t gotten used to Kyle Anderson’s length on defense, but it’s obvious that he surprises a lot of guys who think they can make passes in his general vicinity without Anderson sucking them up like a Black and Decker portable vacuum. Seriously, it’s not just his offensive game that’s deceptively effective.

Why does Ricky Rubio always shoot lights out against SA? The man makes 31% of his threes, and can’t miss behind the arc whenever he suits up against the Silver and Black. And now he has a new career high courtesy of playing in San Antonio. At least he earned it — what a phenomenal all-around game by the Spaniard. Congrats, Ricky, just please don’t do that to us again, por favor.

I’ve never seen this set from SA before, and while it gets a bit ugly for a split second (where Davis Bertand slams into Pau Gasol), they scored off it, so there might be something here:

Here’s a new set that Tony uses to gets an easy deuce for Pau. pic.twitter.com/kTfwTa01y6