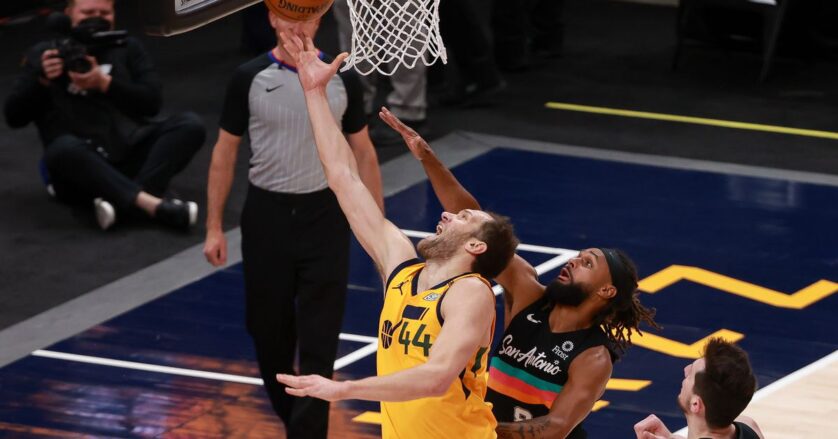 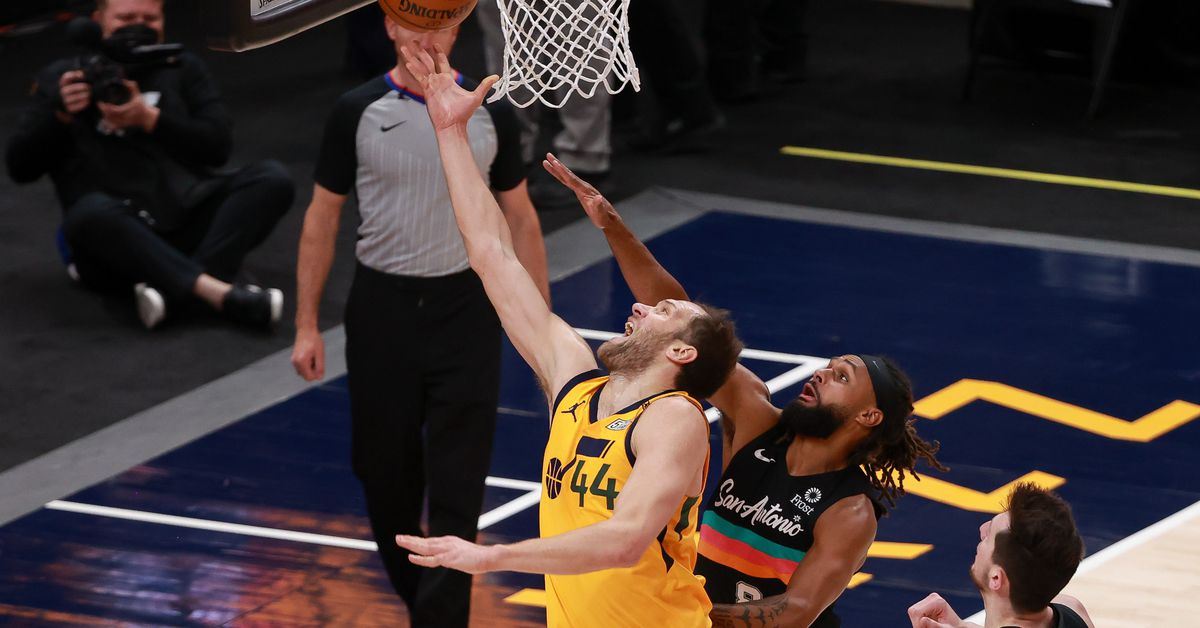 The host Jazz ran away from the Spurs after the opening tip and was not seriously threatened after that. Utah rode a healthy advantage from 3-point range and rebounds in the blowout win. San Antonio appeared flat-footed throughout and was worse for the wear in this latest onslaught of games and particularly after three overtime games in a week.

San Antonio was bolstered by leading efforts from its rested stars – DeMar DeRozan (22 points, 6 assists, and 3 steals), Dejounte Murray (15 points, 6 rebounds, and 5 assists) and Rudy Gay (17 points and 7 rebounds). After some stellar scoring efforts recently, the offense sputtered to 5-for-18 from distance. After going to overtime three of the last four games, San Antonio was granted a bit of reprieve in this regulation loss.

Utah, despite the absence of star guards Donovan Mitchell and Mike Conley, Jr., were paced by Rudy Gobert (24 points and 15 rebounds), Bojan Bogdanovic (25 points and 3 rebounds) and Jordan Clarkson (16 points). The Jazz continued its campaign to grab the top seed in the Western Conference – going to 28-4 at home. San Antonio (8 games remaining) remains 2.5 games ahead of 11th place New Orleans (7 remaining) after the Pelicans lost to Golden State earlier.

Both teams face each other again Wednesday night at 8:00 PM CT on NBA TV.