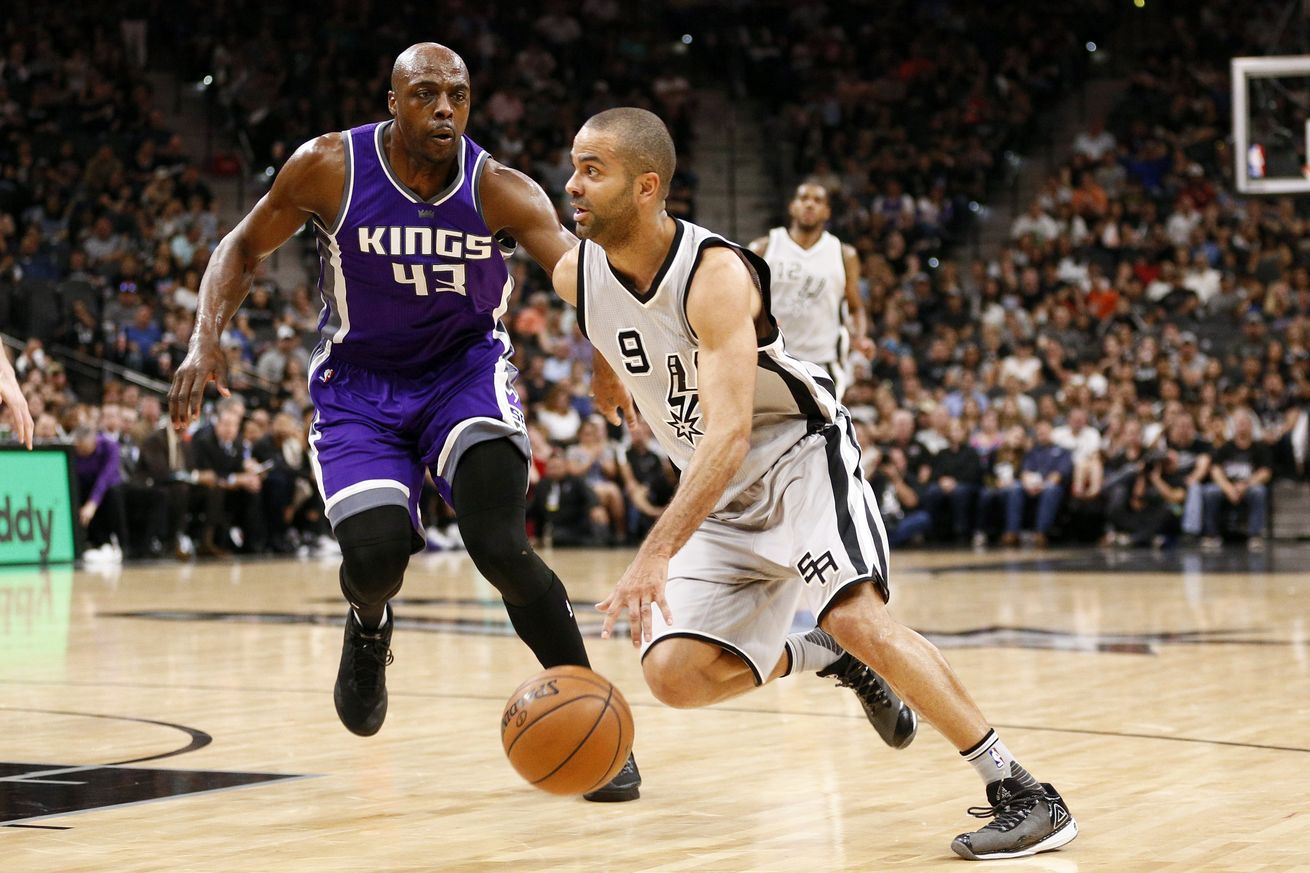 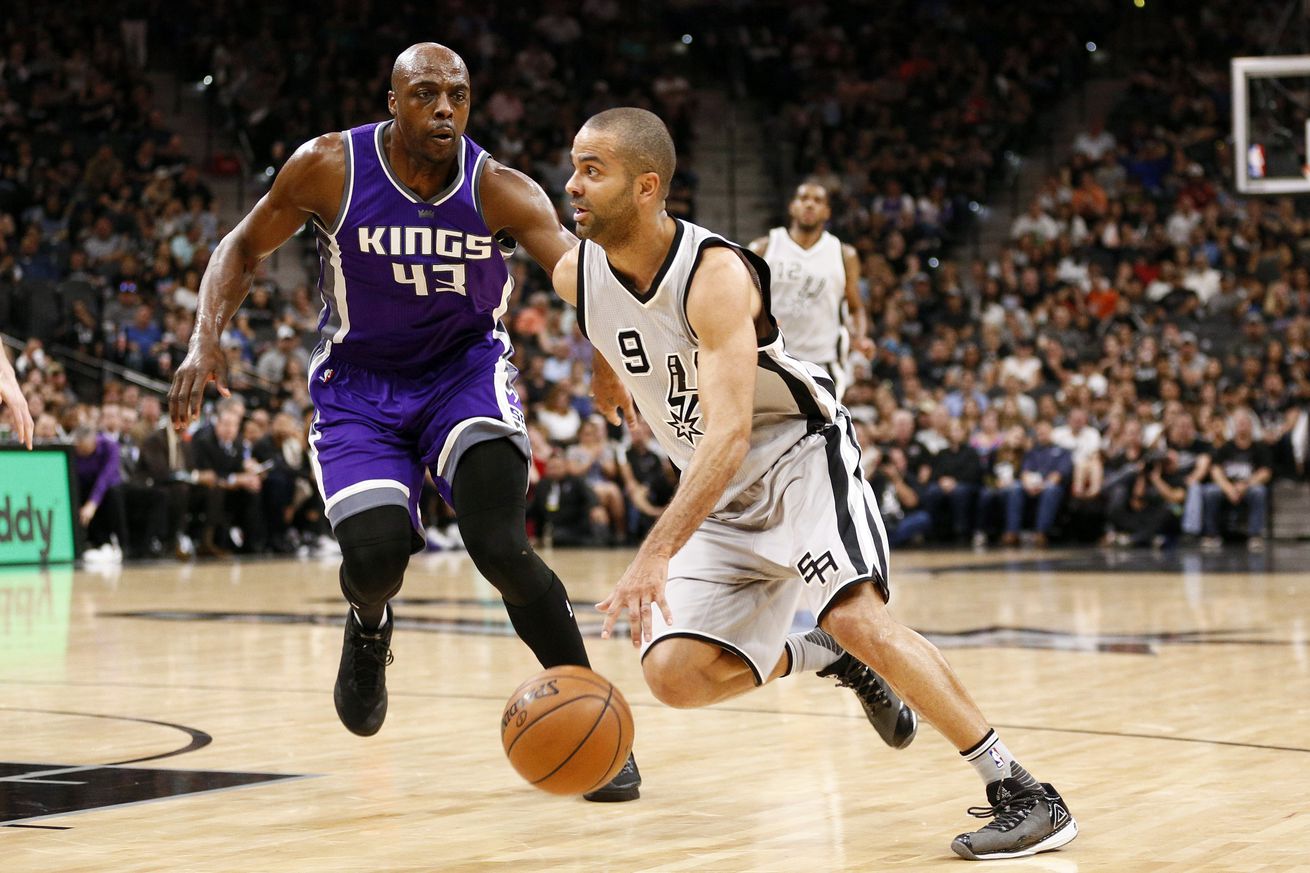 The Spurs big three of Tony Parker, Lamarcus Aldridge, and Kawhi Leonard bullied the Kings in the paint to lead the Spurs to a win.

Slow starts are a thing now for the Spurs, and it’s not a good thing. The Kings scored the first nine points of the game and led by a dozen halfway through the quarter. The Spurs righted the ship by going inside and dominating the smaller Kings with their size and strength. Pau Gasol led the Spurs in scoring with 22 points.

The Spurs looked awful at the start of the game, and the hungry Kings took advantage as they got to every loose ball and hit their open shots. Pop let the Spurs starters try to figure it out, but after the Kings rushed to a 14-2 lead, he had to call timeout. The Spurs came back with more energy and a pair of quick steals from Patty Mills turned around the momentum as they led to 5 quick Spurs points. After one quarter, the Kings led 27-21.

Tony Parker led the Spurs in the second quarter as they pulled away from the Kings. TP was able to drive the ball to the basket and either lay it in or kick it out to an open teammate. Both Pau Gasol and Danny Green benefited from open looks at the three point line, but also Kawhi Leonard used his superior strength in the paint to get his midrange game going. The Spurs led 58-49 going into the locker room at the half.

The third quarter belonged to the Spurs, and Lamarcus Aldridge got open shots from distance and popped them through the net with his silky smooth shooting motion. Anthony Tolliver hit his shots for the Kings, but it wasn’t enough as Pau Gasol scored easily time after time. The Spurs led 99-74 after three.

The fourth quarter was extended garbage time as both coaches rested their starters for most of the quarter. The Kings were able to eat into the deficit a bit but never enough to entice Pop into bring the starters back into the game.

The Spurs start a series of nine games every other day, the next one being at the Minnesota Timberwolves Tuesday night, and then returning home for a rematch against Marc Gasol, Z-Bo, and the Grizzlies on Thursday.