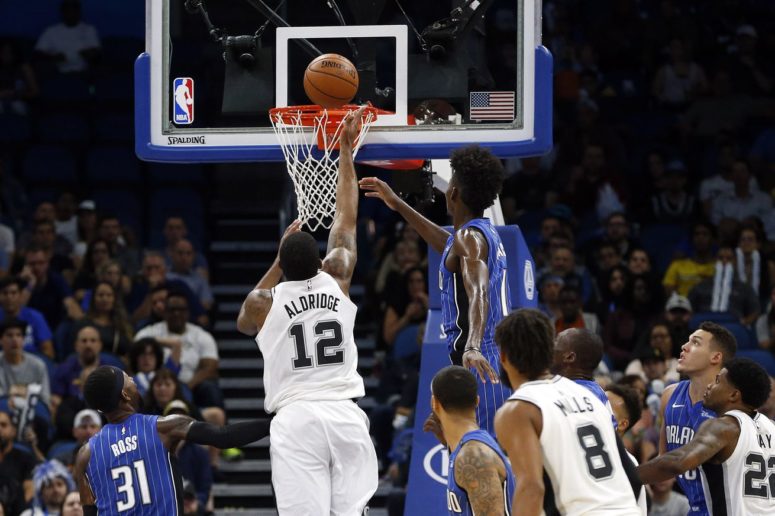 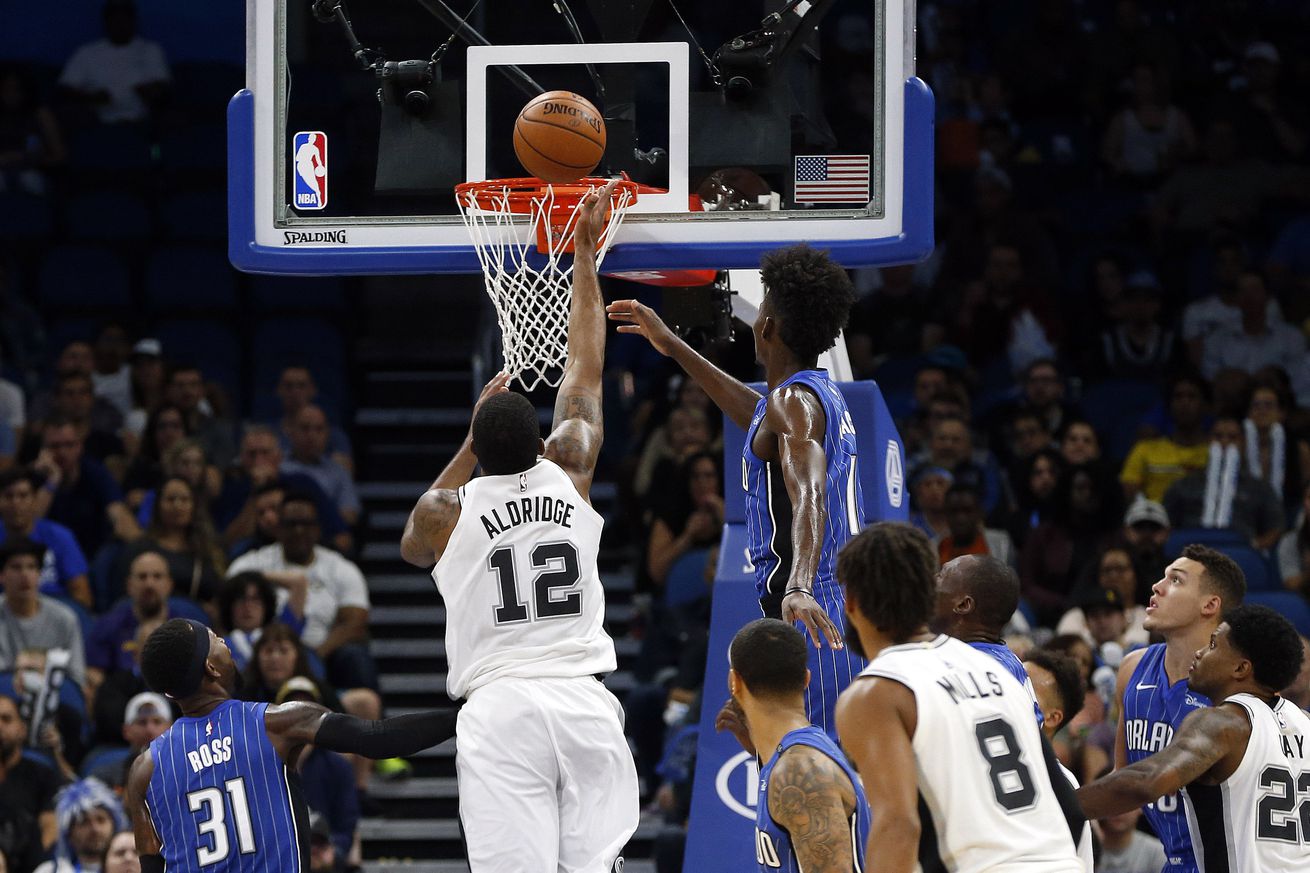 On a night when the Spurs had the opportunity to start the season 5-0 for the first time in franchise history, the Magic showed they had a trick or two up their sleeves. After a 6-4 Spurs lead early in the game, Orlando took off and never looked back.

Spurs struggled in the first quarter to get points as well as stops, a detrimental combination indeed. While Jonathon Simmons converted all three of his shots, Manu Ginobili missed all four of his. The Magic blocked 3 Spurs shots.

The second quarter did not improve. The Magic seemed to have their way, getting into the paint for a barrage of easy layups. Meanwhile on the other end, the Spurs couldn’t buy a bucket. At the break, the deficit went from 14 to 27 with Evan Fournier, Nikola Vucevic, and Simmons getting as many points as the entire Spurs squad. LaMarcus Aldridge, the only Spur in double figures with 12, was not making the most of his height advantage.

Sean Elliott started the 2nd half broadcast mentioning that the Spurs did not come out of the locker room to warm up, Apparently, Pop kept them behind closed doors until 30 seconds before the start of the 3rd. While Aldridge beefed up his tally to 22, more woe lay ahead as no other Spur joined him in double figures. The Spurs ended the quarter down by 31.

Derrick White finally got some play time starting the 4th quarter along with Davis Bertans, who has not seen much playing time this season while nursing a finger injury. Bertans hit a 3, White connected on a fast break to Brandon Paul, and Bryn Forbes landed a floater. It’s always great to see hungry, young Spurs get some minutes.

There is no denying the Magic’s game has developed. They have youth, speed, agility, and a developing camaraderie, all of which buried the Spurs tonight.

These are the games that seasons are made of

Every player has an off game. The positive side effect of this game is that almost the entire Spurs team had their off game together, which means fans should have some major lag time before we see another one like this.

While the Spurs out-rebounded the Magic and had nearly as many assists, their shooting percentage was 33.7% compared to 57.1% for the Magic. Orlando hit 7 more 3-pointers than the Spurs while taking one less attempt.

The youngsters also get more minutes in a blowout like this which also gives audience an opportunity to see the future. White, Bertans, Forbes, and BP3 all looked good closing out together.

Is it fair to now call going undefeated for the first 5 games a curse?