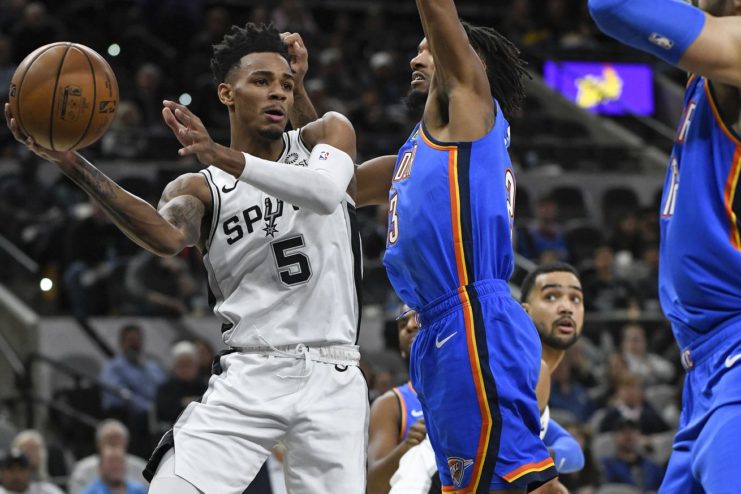 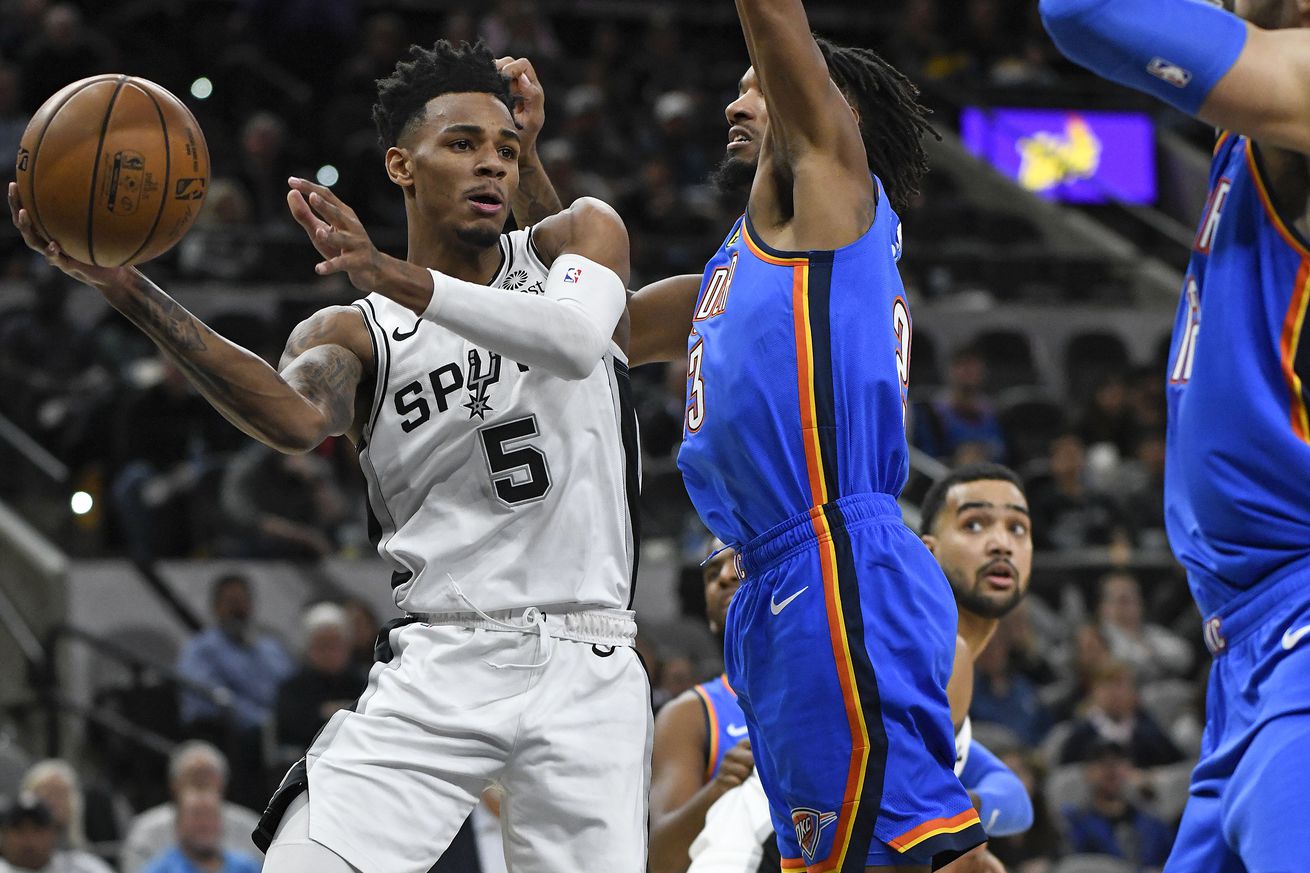 LaMarcus couldn’t miss, and he led the Spurs to a big win over the Thunder.

LaMarcus Aldridge put the Spurs on his back tonight and led them to a big win over Chris Paul, Shai Gilgeous-Alexander and the Thunder tonight. Dejounte Murray’s speed and length made a big difference for the Spurs tonight, but the hot-shooting Thunder kept the game from turning into a rout as the Silver and Black won 121-112.

Steven Adams got an easy dunk in the paint to start the scoring, but a quick answer from LMA tied it up. Bryn Forbes and Danilo Gallinari traded triples, and it was tied up at 5 points each early. The Spurs offense looked sharp early, but the defense, not so much. With Adams leaking out to get another easy dunk, Pop called a timeout with the score tied at 10. The Spurs cranked up the defense and ran out to a six point lead, but a late surge from Gallinari and Alexander tied it up at 24 with a little more than 3 minutes left in the quarter. The Spurs defensive intensity helped them to a six point lead, but a Chris Paul fade-away triple at the buzzer cut the lead to 33-30 after one quarter.

The Thunder went on a 9-2 run to start the second quarter to surge out to a 39-35 lead. The Spurs picked up their intensity on both ends with Dejounte Murray’s speed and activity level propelling them back to a 50-50 tie with 2:19 left. The Spurs sagged a bit towards the end of the quarter, but the Thunder couldn’t take advantage and led 57-56 at the half.

Shai Gilgeous-Alexander started off hot in the third quarter, but Aldridge continued to be hot, and Trey Lyles hit a rare three-point shot, then another one, and the Spurs suddenly led 64-62. Dejounte and Aldridge were amazing, but so was Chris Paul as he got off shots to keep the Thunder within reach. The Spurs played amazing well on offense but the Thunder kept hitting difficult shots to keep the score from getting away from them. The Spurs led 92-84 after three.

Rudy Gay scored inside to give the Spurs their first double digit lead early in the fourth. The Thunder cut that in half, but the Silver and Black bounced back with with Patty Mills and Derrick White hitting their shots. The Spurs extended the lead to 13 on a Bryn Forbes triple assisted by Aldridge. Finally, with the Spurs leading by a dozen with a minute left in the game, the garbage time unit got in with Chimezie Metu and Lonnie Walker IV closing out the game for the good guys.

This is the perfect rock song, not even Hodgman can mess it up. Radio on.

For the Thunder fan’s perspective, head over to Welcome to Loud City.

The Spurs are 5-3 on the season and are tied with four teams for fifth place in the west. The Spurs next play the Celtics in an afternoon contest, 4:00 PM at the AT&T Center.