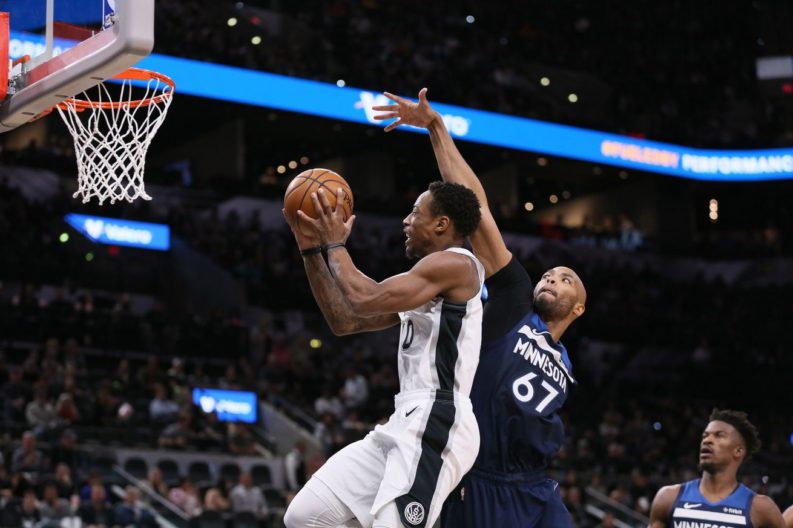 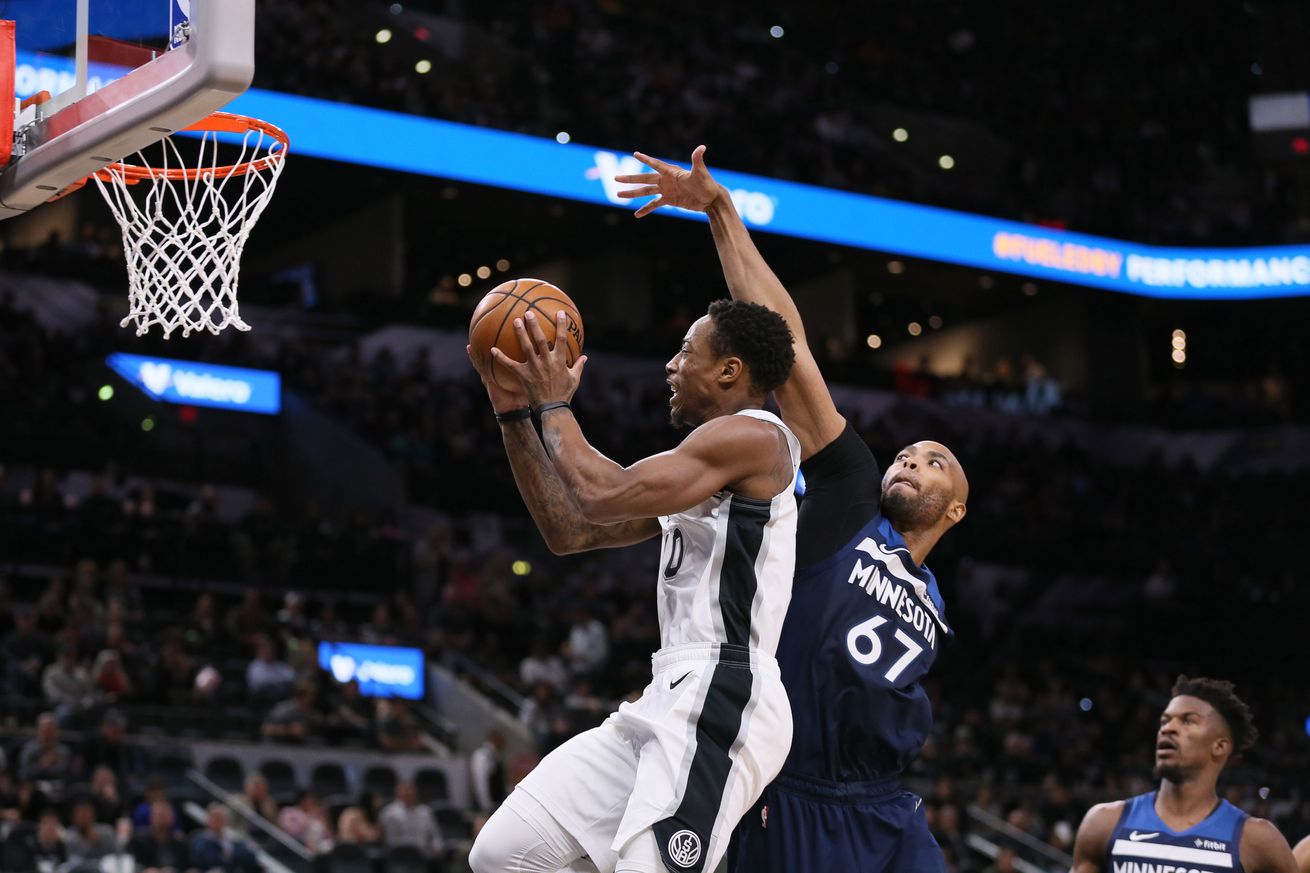 It was a thrilling opening night for the Silver and Black!

The San Antonio Spurs started the 2018-19 season with a thrilling 112-108 victory over the Minnesota Timberwolves. In a totally not-unexpected move, this one was won thanks to three-point shooting. In all, the Spurs hit 11-25 threes, out-shooting themselves 44% from three compared to 43% from two.

DeMar DeRozan led the Spurs with 28 points and four assists. LaMarcus Aldridge posted a 21/19 double-double, and Rudy Gay had 18 points. Three players scored 20 points or more for the Timberwolves, led by 27 from Jeff Teague, 23 from Jimmy Butler, and 20 for Andrew Wiggins.

The Spurs return on Saturday in Portland to take on the Portland Trail Blazers. Tip-off will be at 9:00 PM CT on Fox Sports Southwest.