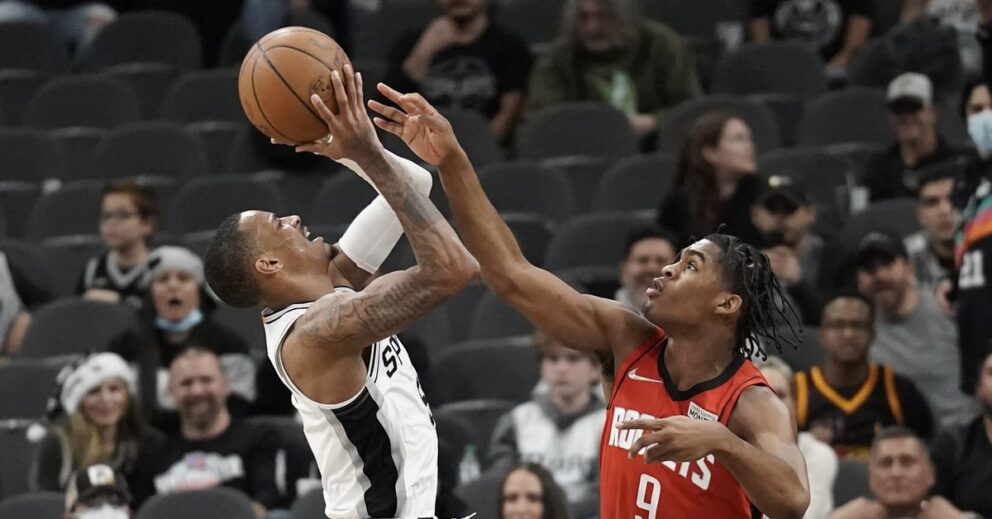 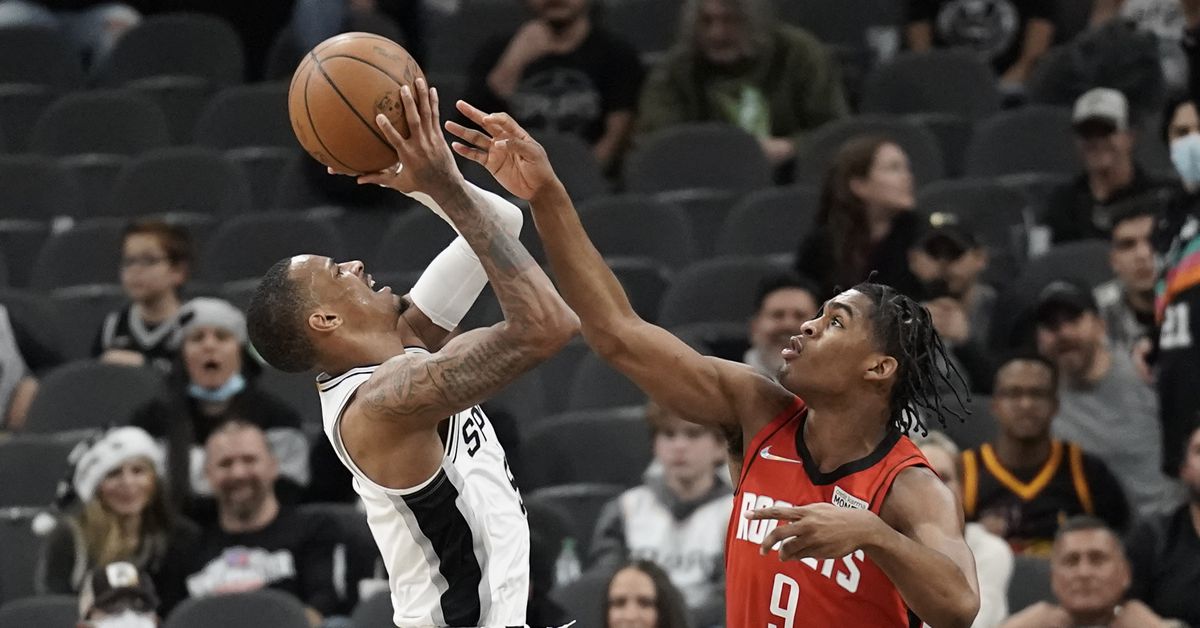 While it’s fun to watch high-scoring, up-and-down games like this one was between the Houston Rockets and the San Antonio Spurs, the fun stops when the Spurs end up on the losing end of the scoreboard, as the Rockets spoil the Spurs first game back home, 128-124.

The Spurs weren’t the only ones enjoying a return: Both Keldon Johnson and Devin Vassell rejoined the team after going through health and safety protocols. Keldon went 7-13 from the floor and scored 18 points, while Vassell struggled shooting the ball, going 3-10. Bryn Forbes was a much needed spark plug in the first half, making all six of his made threes in the first two quarters, but he ran out of gas after that. Dejounte Murray did Dejounte Murray things, but his 32 points, 11 assists, 10 rebounds, and 3 steals just wasn’t quite enough.

The Rockets started the game like their namesake, as they blasted off from the opening tip. They scored 39 in the first quarter, making 6 of their 10 three-point attempts. Eric Gordon paced them with 31 points, while Christian Wood added 23. The 54.9% the Rockets shot from the field was the third highest the Spurs have allowed this season, behind games we probably all remember being difficult to watch: Charlotte’s 59.3% and Indiana’s 57.1%.