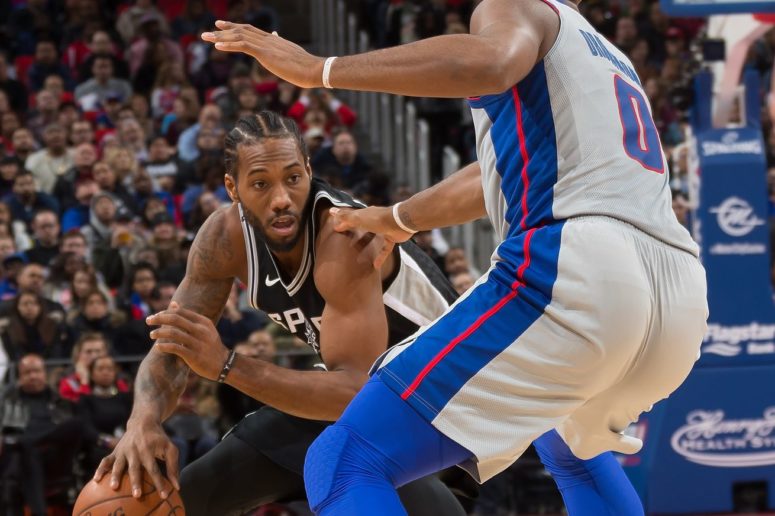 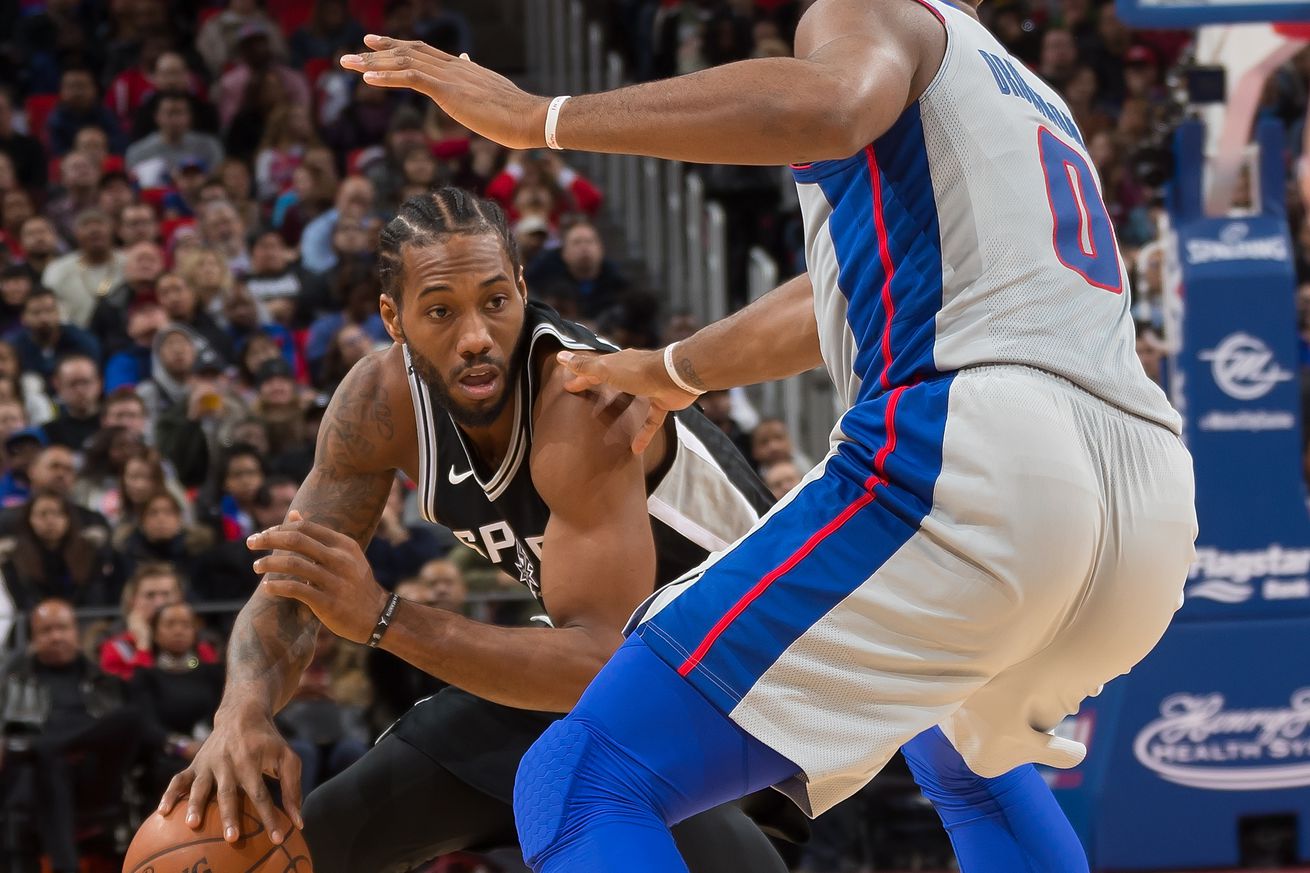 The Spurs couldn’t shake the cold against the red hot Pistons.

The Pistons started the season hot with a 14-6 run, but their engine started to sputter as the hot start turned cold. After a bad loss in Orlando this week, Detroit came out aggressively against the Spurs. The Silver and Black came out hoping to take advantage of losses by the Houston Rockets and the Golden State Warriors and the Pistons missing two of their best scorers – Avery Bradley and Reggie Jackson and keep their winning streak rolling, but it didn’t happen in the 14 point loss.

While the Spurs won the tip, they couldn’t seem to take the cover off of the basket. The Pistons came out firing on all cylinders, pushing the pace and being aggressive on defense. The Pistons decided that Kawhi Leonard was the major threat and opened by double teaming him for most of the quarter. Passes seemed off and the Spurs couldn’t seem to hold on to the ball (maybe it was too cold for them, at 12⁰). Gregg Popovich seemed to want the starters to figure it out on their own and didn’t sub in the bench until halfway through the quarter. Throughout the quarter, the offensive spacing was off with guys running into each other and not giving themselves enough room to pass, often leading to turnovers (we had three in the quarter). Danny Green tried to get the Silver and Black back into it with some three point shots, but the team’s FG% was at 25%. The only fun thing in the quarter was a Boban Marjanovic sighting. End of quarter, 13-24, Spurs down.

The quarter starts much like the 1st ended with cold shooting and another Boban sighting, but this time the ex-Spur decided to dunk on his old team. But apparently the Boban slam helped the Spurs get back on track and our offense began working better as Bryn Forbes hit a three and Manu Ginobili had a nice layup. Kyle Anderson energized the team when he beat Marjanovic to a rebound. While it looked like the good guys were beginning to crawl out of their hole, the ball continued to refuse to bounce their way into the basket. The Pistons kept dictating the pace of the Spurs offense by sustaining the double team on Kawhi, but as he tried to pass out of them, his passes were fumbled into turnovers; turnovers that led to Piston points. At one time in the quarter, the Spurs were down by 15. Then came an offensive run by the Spurs. A 10-0 run by the Spurs with points by Kawhi, LMA, and Ginobili. The Spurs highlight of the quarter had to be LaMarcus Aldridge doing some work under the basket: battling for rebounds (offensive and defensive), getting the Spurs second chance points.

With under a minute left in the quarter, the Spurs were within one point, but couldn’t convert the last couple of shots into points. The Spurs offense wasn’t clicking and we ended the quarter with 31% FG, 25% from 3, 6 turnovers, and only 26 rebounds (only 4 on the offensive end). End of quarter, 36-39, Spurs down.

Usually after a bad first half, the Spurs come out the locker room inspired by Pop’s halftime speech, but not this time. The shooting was still cold for the Silver and Black, while the Pistons couldn’t seem to miss. With Bradley and Jackson out, Ish Smith, Reggie Bullock, and Luke Kennard took up the slack and beat the Spurs defense with it. LMA continued to be aggressive under the basket with rebounds and put back tips, but you know it is a bad night when Tony Parker doesn’t get his first points until the 7:30 mark of the third quarter. Ginobili, at one point, left Bullock to try to get a steal, but the pass went to Bullock who hit a big three. But that didn’t stop the Argentine as he was pugnacious later while fighting for a rebound. The FG% went up just a tad to 32%, but the three point shot was still not falling. End of quarter, 57-63, Spurs down.

This quarter started much like the others with poor shooting and sloppy passing by the Spurs. With this cold play and the Pistons hitting just about everything, it wasn’t long before the boys were down by 15 again, with 6:32 left in the game. Kawhi Leonard played some in the fourth and did some good work: hitting his free throws and scoring seemingly at will on the Pistons.

When he wants to score, he’s going to score! @kawhileonard heating up in the last quarter for the @Spurs #GoSpursGo
#FOXSportsSW
https://t.co/DsWO6smRiG pic.twitter.com/w1DF4YxMmQ

Kyle Anderson also had some strong play in the fourth, making some good passing decisions and rebounding well, including an excellent layup and even a dunk. But it wouldn’t be enough. End of quarter, 79-93, Spurs lose.

Kawhi is getting more and more comfortable on the court. Tonight he made some assertive drives to the basket and some vintage defensive plays.