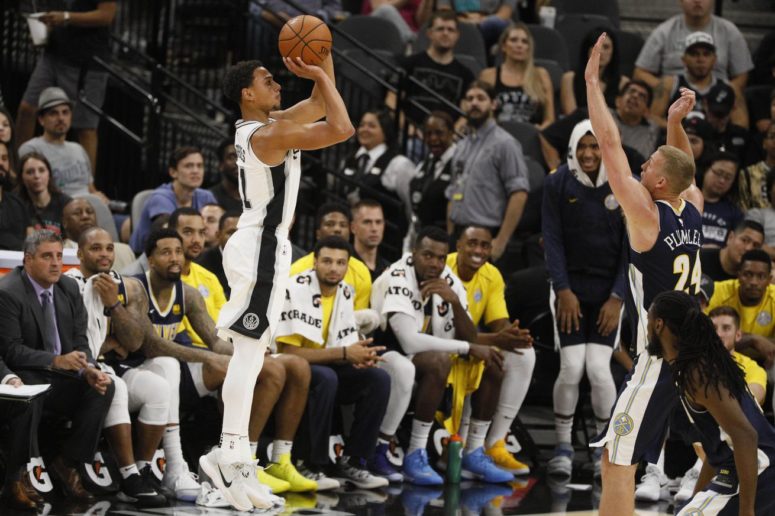 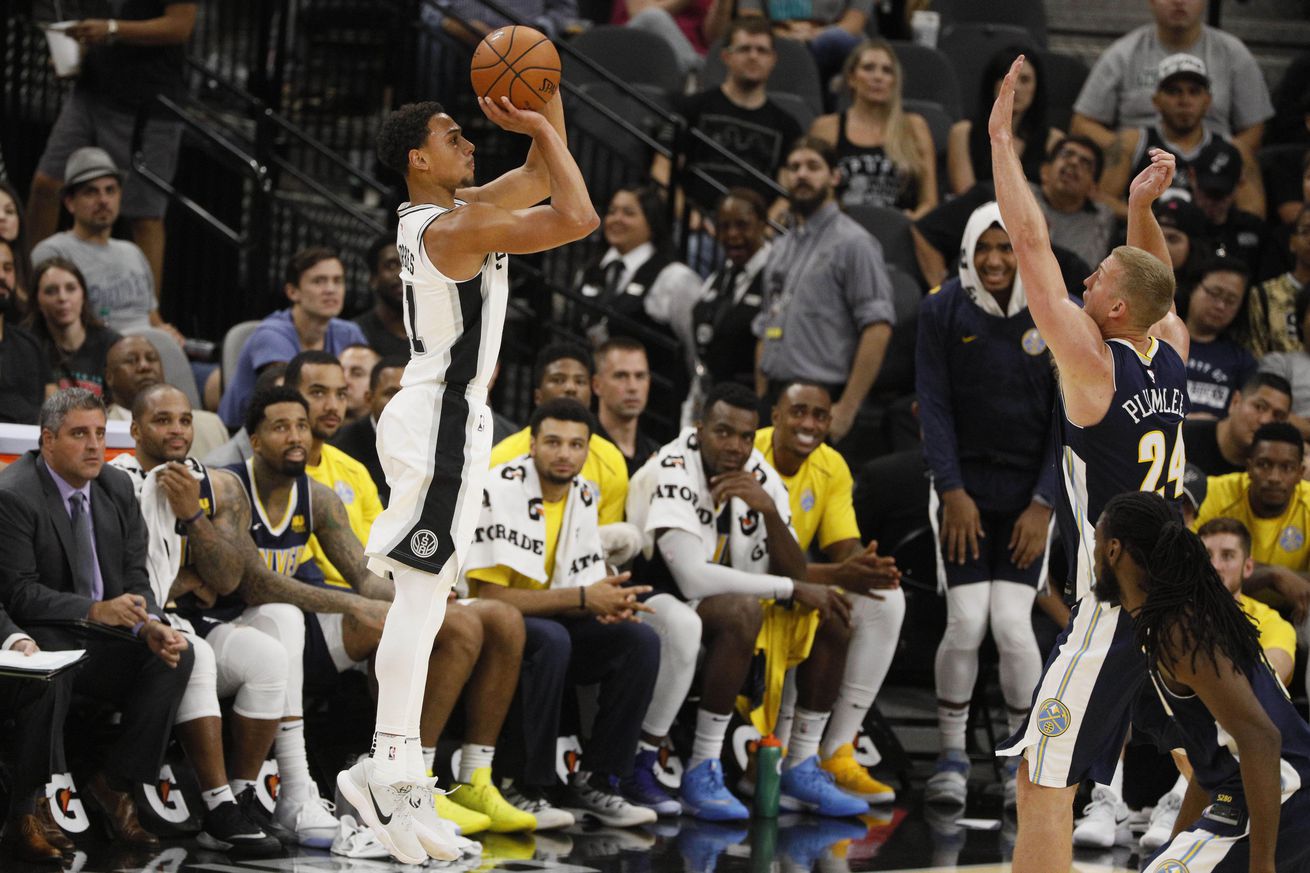 The Spurs offense lit up the scoreboard against the visitors Sunday afternoon.

The Spurs Sunday matinee matchup with the Denver Nuggets saw some heavy scoring early, as the silver and black put up 66 first half points and boasted a 12 point lead at the half. The offense looked much more fluid despite first and second lineups that I expect will share close to zero minutes on the floor together once the regular season begins.

The Nuggets countered the hot shooting and closed the gap to just 1 by the end of the 3rd. Nikola Jokic and Paul Millsap combined for 16 points in the quarter. The Spurs responded with a late 4th quarter surge by Lamarcus Aldridge and a barrage of threes put the good guys back in front for good.

Next up the Spurs will finish up their two game home stand Tuesday night against the Orlando Magic.