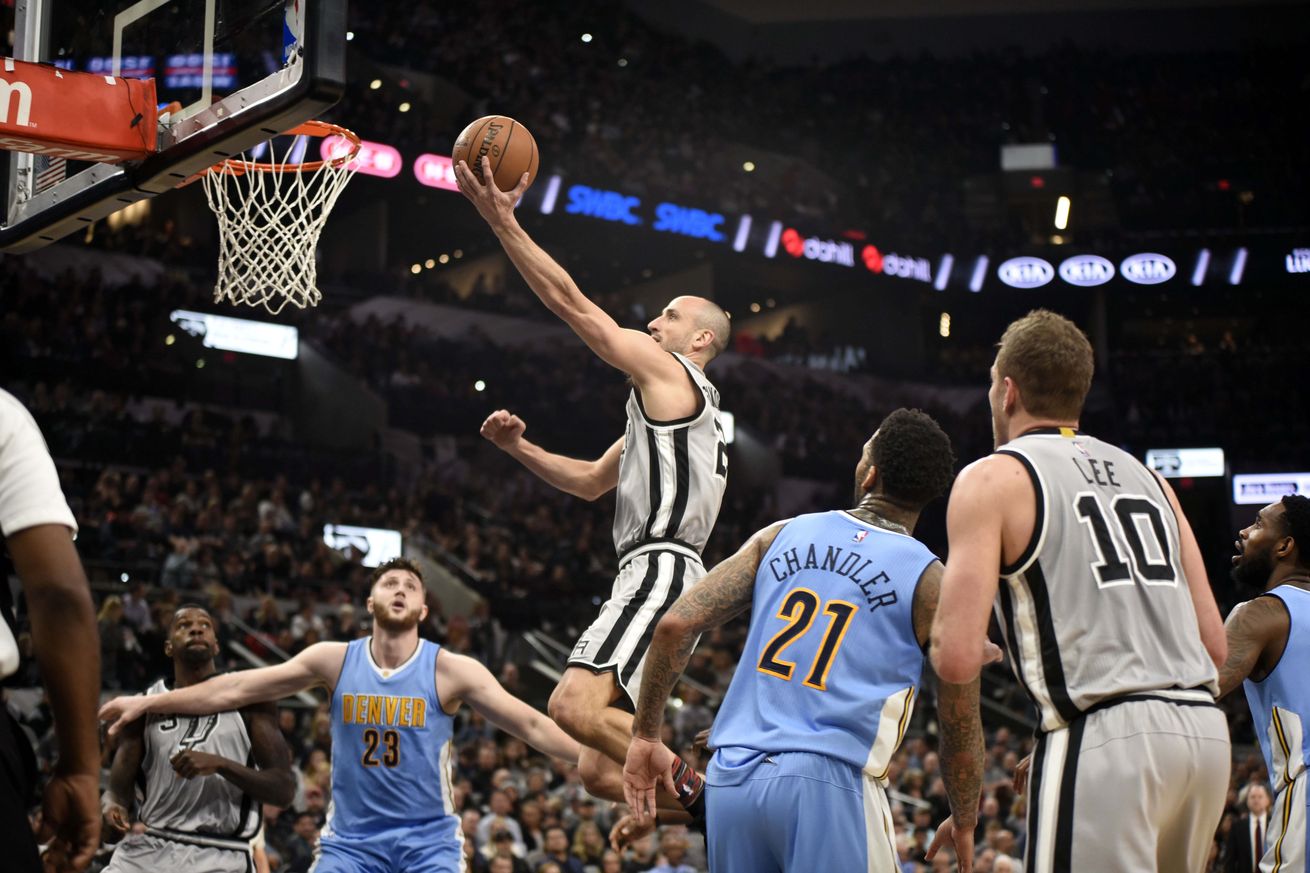 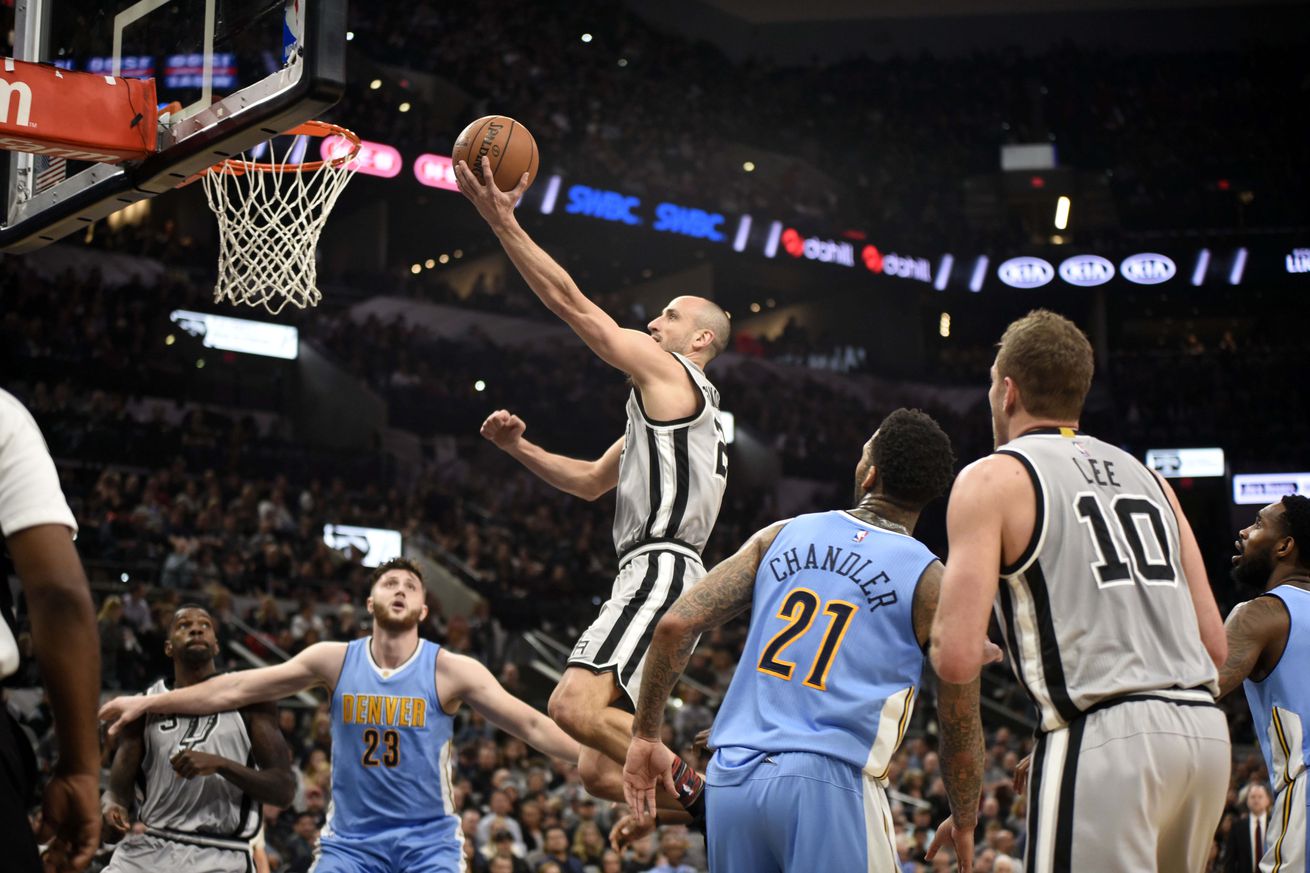 Vintage performances from Tony and Manu lead to an easy blowout for the Spurs.

The Spurs played their final home game before the Rodeo Road Trip against a Denver Nuggets squad playing their fourth game in five nights. A couple of throwback performances from the remaining members of the Big 3 and a balanced scoring attack led to an easy win and sent the Spurs off in style.

Both teams started the game shooting well, but Pop didn’t like his team’s transition defense and called a timeout after Jameer Nelson hit a three to give the Nuggets a 10-9 lead four minutes in. Nikola Jokic, who was coming off a triple-double, got his second foul with 4:48 left in the first quarter in the midst of an 8-0 run (led by six straight points from Tony Parker) that put the Spurs back on top, 18-14. Manu Ginobili scored ten points in a chaotic final three minutes, including the 1,400 and 1,401st threes of his career, and the Spurs led 30-27 at the end of the quarter.

Ginobili remained red hot, hitting two more threes to start the second quarter, and two straight Kawhi Leonard-to-Dewayne Dedmon alley-oops extended the Spurs’ lead to 42-33 with 7:20 left in the half. Leonard drew Jokic’s third foul with 5:56 left, but that didn’t stop his backup, Jusuf Nurkic, from bullying the Spurs around in the paint and forcing Pop to call a timeout and regroup his guys. A couple of free throws gave Ginobili a season high 18 points…in 10 minutes…for the first half, and the Spurs led 56-50 at intermission on 53% shooting despite Leonard and LaMarcus Aldridge only hitting a combined 4-13 shots.

Leonard started the third quarter with two straight buckets to give the Spurs their first double-digit lead of the game, and Mike Malone called a quick timeout. The Spurs, especially Parker, kept right on scoring with only Jokic able to accomplish much on the other end. A transition dunk by Leonard stretched the lead to 77-57 with 5:11 left in the quarter. The Spurs got the lead as high as 23 before the Nuggets bench went on a 13-6 run in the final three minutes to get them within 16 and a glimmer of hope until a Patty Mills three at the buzzer gave the Spurs a 91-72 lead heading into the final frame.

The fourth quarter was extended garbage time with both coaches using the time constructively to coach up their young players. A surprise left-handed driving dunk from Davis Bertans and Dejounte Murray alley-oop from Kyle Anderson were the main highlights of the quarter, and the Spurs won 121-97. The Spurs had six players in double figures, led by 19 from Leonard and 18 from Parker, Ginobili and Jonathon Simmons, while shooting 57% from the field.

Check back later for more on this one. The Spurs now embark on their annual Rodeo Road Trip, beginning on Monday with an 8:30 tip-off in Memphis.