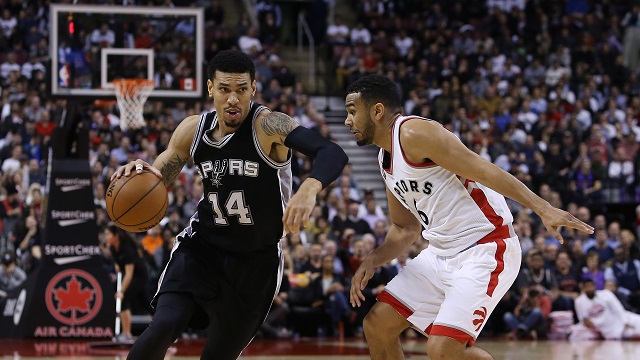 The San Antonio Spurs are a team that can go 12 men deep and dominate teams at any style of play. While the Spurs are great as a unit, there may be no more important Spur more than Danny Green.

Yes, we know that Kawhi Leonard has turned into the Spurs’ new go-to player, and LaMarcus Aldridge is turning out to be the perfect fit for their near flawless system. But Green is the underrated glue that truly holds the team together, which is why it’s pretty mind-boggling as to why San Antonio would be open to trading him.

Rumors are floating around that the Spurs are interested in sending Green to the Atlanta Hawks for Al Horford, who has fallen out of flavor in the ATL. This trade makes little sense for the Spurs, because they already have two post players (Aldridge and David West) who play a similar game to Horford and it would leave San Antonio pretty weak at the shooting guard position……Read More

Source: San Antonio Spurs Would Be Crazy To Trade Danny Green At Deadline