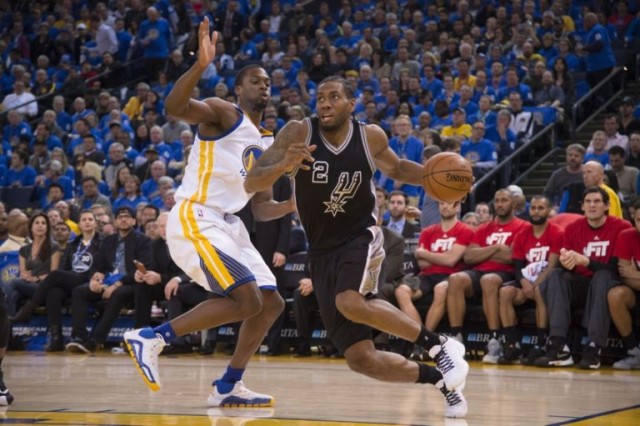 The most-anticipated matchup of the season so far happened on Monday. The San Antonio Spurs visited the white-hot Golden State Warriors in Oakland, Calif., in what was perceived to be a no-holds-barred battle of the two top teams in the league, period–not to mention the whole young guns/old heads and little brother/big brother context.

The reality was quite, quite different.

The Warriors went on to scorch the Spurs to the tune of 120-90, the Spurs’ worst loss during the Tim Duncan era. Speaking of Duncan: the Spurs captain, and both defensive and leadership anchors, watched the game from San Antonio as he was sent home two days before the game to get treatment on the right knee that has been plaguing him……Read More

Source: San Antonio Spurs: Where Do They Go From Here?